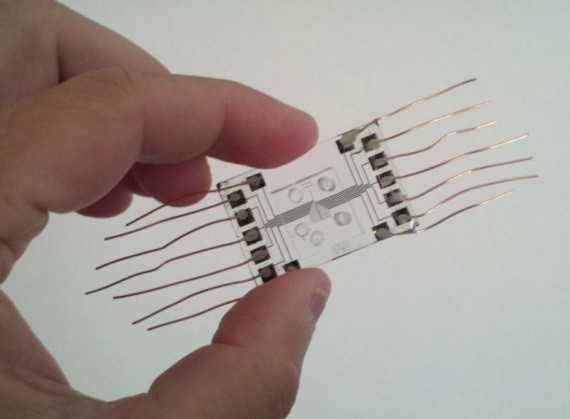 Incredibly this technique requires little more than a store-bought battery.

Richard Cooks, chemistry professor at the University of Austin said : “The availability of water for drinking and crop irrigation is one of the most basic requirements for maintaining and improving human health.”

Cooks continued: “Seawater desalination is one way to address this need, but most current methods for desalinating water rely on expensive and easily contaminated membranes. The membrane-free method we’ve developed still needs to be refined and scaled up, but if we can succeed at that, then one day it might be possible to provide fresh water on a massive scale using a simple, even portable, system.”

Kyle Krust, lead author of the study said: “We’ve made comparable performance improvements while developing other applications based on the formation of an ion depletion zone. That suggests that 99 percent desalination is not beyond our reach.”

This “water chip” method “could bring relief to millions around the globe who lack potable water.”

This method “is much simpler and consumes less energy than other forms of desalination.”

Crooks explained : “To achieve desalination, the researchers apply a small voltage (3.0 volts) to a plastic chip filled with seawater. The chip contains a microchannel with two branches. At the junction of the channel an embedded electrode neutralizes some of the chloride ions in seawater to create an ‘ion depletion zone’ that increases the local electric field compared with the rest of the channel. This change in the electric field is sufficient to redirect salts into one branch, allowing desalinated water to pass through the other branch.”

The Ion depletion zone prevents salt from passing through which creates fresh water out of salt water.

An estimated 780 million people across the globe do not have access to drinkable water. Of those estimated, 345 million reside in Africa.

There is an estimated 366 million, trillion gallons of water on planet Earth. That number appears to be fixed, according to UNESCO’s Intergovernmental Council of the International Hydrological Program (HIP).

The HIP are a UN program system devoted to researching and finding natural water resources and managing those resources found. While the UN is well aware that the necessity of water as a vital source for life means the retention of power over all life, they are well into their schemes to develop global governance over all sources of fresh, clean water.

The IPCC document HS 15332 Climate Change Impacts: Securitization of Water, Food, Soil, Health, Energy and Migration explains how the UN plans to secure resources to use at their disposal.

Through the International Monetary Fund (IMF) under-developed countries are forced to sell their resources to the global Elite as “full cost recovery” to the global central bankers.

Once those resources are under the complete control of the IMF they become assets to be reallocated back to the enslaved nations for a price.

This scheme makes water sources under central privatization cost more and become less accessible to those who desperately need it. Water prices rise while the quality of it diminishes.

This forces natives in places like South Africa and India to collect water from polluted streams and rivers, which compromises their health. The cycle in complete when those who had their water stolen from them through coercion die from contaminated water that they were forced to use.

At the High-Level International Conference on Water Cooperation (ICWC) conference , entitled “Water in the Anthropocene” states that humanity’s impact on freshwater resources were assessed and it was determined that a 3rd of the estimated 7 billion people on earth have limited access to clean water.

The document stated: “In the short span of one or two generations, the majority of the nine billion people on Earth will be living under the handicap of severe pressure on fresh water.”

Human populations utilize water resources the equivalent of the size of South Africa to tend to the needs of crops. Another Africa-sized amount of water is used on the care of livestock.

Fresh water makes up 2.5% of the total water supplies across the planet. It is estimated that 70% of it is snow and ice-pack.

The document says that because of the impact of man on the planet, the earth’s chemistry and climate have been altered which has evidenced itself in the measureable hydrological cycles of the planet.

This obviously unsustainable course is causing the contamination of our fresh water supply.

In this report, the world’s freshwater resources were analyzed. Internationally controlled infrastructure was recommended to save those resources from being depleted. 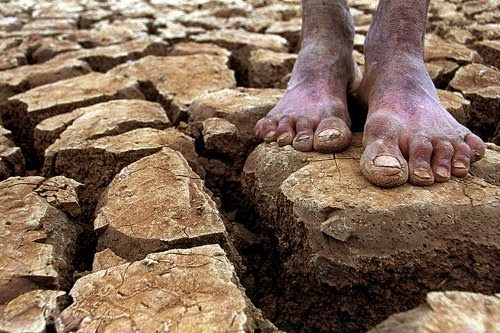 Billions Will Die Unless We Find An Answer! by Charles Marcello That is what we are told will happen in our near future, if...