The bones were found in Callao cave.

Scientists have discovered the fossil remains of an extinct species of human in a cave in the Philippines.

Believed to have been around 4ft tall and well adapted for climbing trees, this new pint-sized human ancestor has been named Homo luzonensis after the island (Luzon) on which it was found.

The discovery further complicates the human family tree in South-East Asia where it is now believed there were at least three distinct species of human at the same time.

The newly discovered species exhibits an intriguing mixture of characteristics both modern and archaic, suggesting that some of our very early ancestors in Africa may have made the journey to South-East Asia long before Homo erectus left the continent around 1.9 million years ago.

The fact that Luzon is only accessible by sea also raises further questions.

Scientists have dated the skeletal remains of Homo luzonensis to between 50,000 and 67,000 years ago, meaning that it shared the planet with both modern humans and the Neanderthals.

The island itself was also thought to have been inhabited by another species – the Denisovans.

What was ultimately responsible for Homo luzonensis‘ eventual extinction however remains unclear.

In this article:Homo luzonensis, Philippines 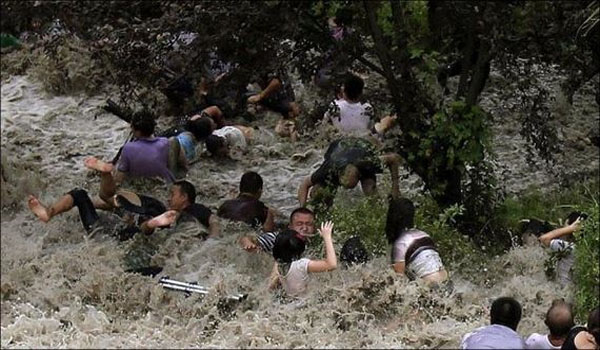