This image is the first high-resolution photo of the 4-meter Daniel K. Inouye solar telescope in Hawaii.

Although it is the closest star to Earth, the Sun is still a mystery, and understanding its behaviors – specifically the behaviors that manifest themselves as space weather here on Earth – has proved difficult. The main objectives of the Inouye solar telescope include creating images of the Sun’s magnetic field in more detail than ever before.

Matt Mountain, president of the Association of Universities for Astronomy Research, which runs the Inouye Solar Telescope, said in press release:

On Earth, we can predict whether it will rain very accurately anywhere in the world, and the space climate is not yet at this level.

The telescope in Haleakala, Maui, Hawaii, features a 4-meter mirror, the largest ever available for a solar telescope, and requires an advanced cooling system to prevent overheating from concentrated sunlight. Optics remove distortions from the atmosphere, while a dome temperature controls the area around the telescope and a component called a ‘heat stop’ filters out excess energy.

The first image and video released today show gas circulating around the sun. The heat takes the gas to the surface in the bright center of each cell, which then spreads and descends back to the surface in the dark lines. Each cell is approximately the size of the state of Texas (695,662 km²), according to a press release from National Solar Observatory.

Like other telescopes on the Hawaiian islands, the Inouye solar telescope has received resistance from the local Hawaiians, as the location where it constructed is considered sacred ground.

This image will not be used for scientific research; the team will still be testing and calibrating the telescope in the next six months. Then, the researchers will combine the data from the Inouye Solar Telescope with the data from the Parker Solar Probe from NASA and the European Space Agency / NASA Solar Orbiter in order to create a more complete picture of how the Sun works.

In this article:Hawaii, Inouye solar telescope 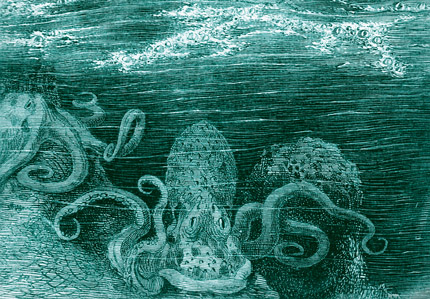