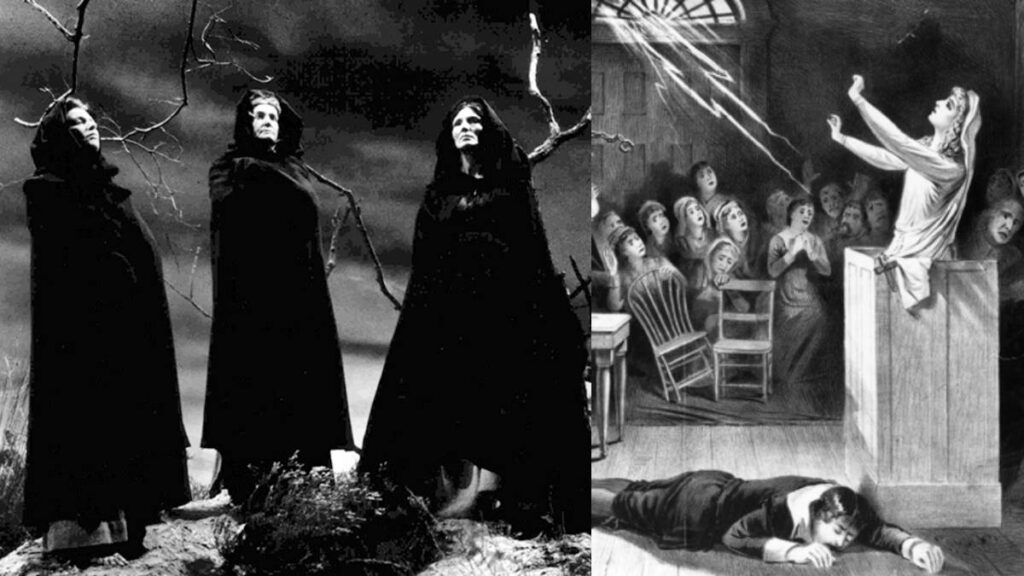 The truth about the Salem witch trials, which is even more terrifying than the legend, will be revealed through a special exhibition at the Peabody Essex Museum, columnist Katie White writes on the pages of ARTnews on September 30.

“The trials of witches became one of the darkest chapters in the history of American colonialism: in the spring of 1692, three girls in Salem, Massachusetts, declared that they were possessed by the devil, and accused several local women of witchcraft. The charges sparked a wave of panic in the puritanical colonial society, and in a few short months more than 200 people will be indicted. Five men and 16 women will be hanged by mistake,” the columnist writes.

Even 300 years later, the Salem witch trials continue to be trapped in the popular imagination. The new exhibition “The Salem Witch Trials” at the Museum in Salem will reveal a new sensational period and describe how these events developed in real life, as well as what connects and juxtaposes these realities of the 17th century with the modern resurgence of witches’ culture.

Entering the exhibition, visitors are immersed in the past thanks to the many primary sources related to lawsuits and charges (documents can be viewed on the museum’s website).

As you know, in previous months, conditions in the colony were terrible: severe cold, lack of fuel, the recent outbreak of smallpox, political instability and clashes with local Indian tribes generated great tension and made “sorcerers” scapegoats, the article explains.

Among the documents of the trial are testimonies in defense of John and Elizabeth Proctor, a local landowner and his wife, both of whom were put to death on charges of witchcraft. One letter in defense of the Proctors was signed by 32 of their neighbors – a bold gesture considering that many people, including John Proctor, were indicted after acting as defenders of the Proctors, but the letter did not affect the fate of the family in any way.

Ten years after the trials, the courts found them unfair, and by 1711 the descendants of the hanged began to receive compensation payments.

One fascinating section of the exhibition is dedicated to Elizabeth Howe, one of the first women to be hanged for witchcraft in July 1692. As it turns out, she was also the ancestor of the late fashion designer Alexander McQueen. McQueen would call his 2007 Fall / Winter collection “Tribute to Elizabeth Howe, 1692”. The exhibition features one of these dresses, in which the Scottish designer reinterpreted the traditional symbols of witchcraft and paganism, turning them into something like tailor’s amulets for women.

The records of Howe’s trial are chilling. One document, entitled “The Interrogation of Elizabeth Howe, May 31, 1692,” and written in cryptic script, transcribes the accusations made by Mercy Lewis, Mary Walcott, and Ann Putnam, including how Howe suffocated herself using witchcraft.

Howe’s answer is defiant and clear: “God knows what, I’m innocent of nothing ,” she says in one passage, and later says that she doesn’t even know the women who accuse her.

“Haven’t you seen ghosts?”  The defendant is asked.

“Those who confessed tell us they used images and pins, now tell us what you used,” the judges insist, pushing her to confess to witchcraft.

“You want me to confess what I don’t know ,” argues Howe.

One of Howe’s accusers, Ann Putnam, charged about 62 people with witchcraft that year. In the museum you can see a wooden belt loom belonging to Rebecca Putnam, a relative of Ann. Although the Putnam family were among the most active accusers, the loom itself contains folk carvings associated with magic and the occult.

The exhibition includes a contemporary work by photographer Francis F. Denny, Major Arcana: Portraits of Witches in America. This is a series of 13 portraits of women who today identify as witches. The complex women that Denny represents are described in the accompanying essays describing their magical practices. Denny herself is a descendant of both the victim of lawsuits and Samuel Sewell, the judge who incited public mania.

Dan Lipkan, co-curator of the Salem Witches Trial, said he sees the exhibit as a warning against panic groupthink, from which no era is immune.

“This exhibition is timely because today we continue to witness injustice and we can learn from the Salem Witch trials by showing great tolerance, indulgence and charity ,” summarizes the purpose of the Lipkan exhibition.