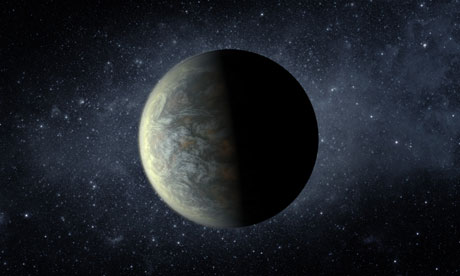 How many other inhabited planets are there? It’s a question that fascinates scientists and lay people alike. A new equation may help weigh up the possibility

Many of us have glanced upwards at the stars and wondered whether there is other life out there somewhere. Few, however, have then tried to write down an equation to express the probability in numbers.

Sara Seager of the Massachusetts Institute of Technology has done just that. Her equation collects together all the factors that could determine how many planets with detectable signs of life may be discovered in the coming years.

This is not the first time an astronomer has put such thoughts into numbers, as Seager acknowledges. Back in 1961, astronomer Frank Drake gave a lecture about the search for extraterrestrial intelligence. To set the agenda, he wrote down a list of the factors needed to estimate the number of intelligent civilisations in the galaxy.

The resulting string of factors is known as the Drake equation, and it has become a bit of a scientific superstar. It may even be the most famous equation after E=mc2.

Rather discouragingly, the only factor that is known is the first one. Astronomers have shown that the galaxy gives birth to about seven new stars per year. They are now working on an estimate of the second term, the fraction of stars that form planets. All the rest is still guesswork.

Seager’s new equation makes no assumption that extraterrestrials are intelligent and using radio technology. Instead, she simply works on the idea that life of any type may be present in sufficient abundance to alter the chemical composition of its planet’s atmosphere.

On Earth, for example, our atmosphere has been driven to a specific chemical composition by the combined metabolisms of all the living things. It is as distinctive as a fingerprint. So, by analysing the atmosphere of another planet, we may be able to detect the presence of life, even if it is only pondweed.

Nevertheless, Seager’s new equation suffers many of the same drawbacks as Drake’s original: we have no idea what value to assign to most of the factors.

Last year, I appeared at the International Festival of Authors in Toronto alongside Canadian poet Larissa Andrusyshyn. Realising the probabilistic nature of the Drake Equation, she had written her own tonugue-in-cheek equations to estimate such things as the number of men in her city who displayed boyfriend potential.

Similarly, I could write down an equation to estimate the probability of me finishing this article. Factors could include: the number of computers in the house that I could potentially use to write, the fraction of those computers equipped with a word processor, the fraction connected to the internet, the amount of time I had to spare, and of course, how motivated I felt (which on my cynical days could be a function of how much I was getting paid for the article).

In short, you can think up a “Drake equation” for anything.

While Seager’s and Drake’s equations are useful ways of organising one’s thoughts about the challenge of looking for life, the bottom line is that the factors are too loosely constrained for either to have any quantitative value.

The only way to know if there is truly life on other worlds is to design and build missions that will look for it. Thankfully, Seager is at the forefront of that effort too. Her planet-finding telescope, TESS, will be launched by Nasa around 2017 and could locate hundreds of Earth-sized planets.

by Henry Paterson Not as revelatory as it might sound. Hoover is not claiming anything about a Reptilian conspiracy cover-up, or that Grays are... 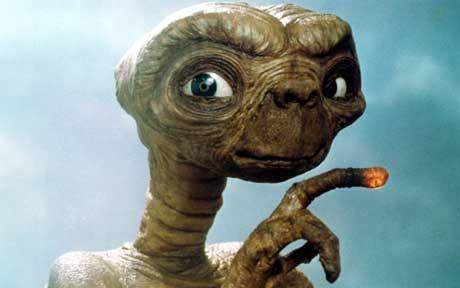 On Monday, April 22, HuffPost Live featured a segment about theoretical invisible life that could exist on Earth.  This segment, titled “Earth’s Alien Life,”...