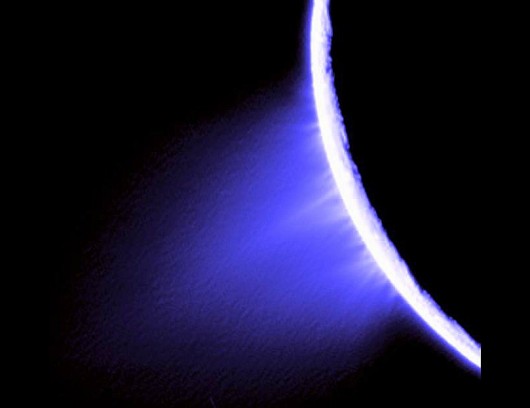 As NASA’s Dawn spacecraft pulled into orbit earlier this month around the dwarf planet Ceres in the asteroid belt, it spotted a mysterious bright spot inside a crater. There were suspicions that the spot could be caused by water spewing into space, now fresh views, presented for the first time yesterday, lend weight to the idea.

The pictures show the bright spot is visible even from the side, meaning it probably protrudes above the crater. “What is amazing is you can see this feature while the rim is very likely in front of the line of sight,” said Andreas Nathues, who is in charge of the mission’s camera, and presented the images yesterday at the Lunar and Planetary Science conference (LPSC) in The Woodlands, Texas. “We believe this could be some kind of outgassing.”

Images taken from dusk to dawn on Ceres show that the spot brightens throughout the day and completely disappears at night. This suggests it could be a pocket of ice on the surface that is being heated by the sun and releasing gas, similarly to how a comet behaves. However, Natheus said the team needed higher resolution data to confirm its true nature. This won’t come for a while, as Dawn is currently on the dark side of Ceres and won’t emerge until mid-April.

Distant observations using the Herschel telescope show Ceres is spitting water from somewhere on its surface, but only Dawn will be able to pinpoint the location. Revealing the origin of Ceres’s water could determine whether there is the potential for life beneath its surface, as is thought to be the case on icy moons around Jupiter and Saturn.

But a model of Ceres presented at the LPSC has added a wrinkle by suggesting comet-like behaviour is only possible at the poles of the dwarf planet, not the lower-latitude areas where the bright spot has been seen.

Timothy Titus of the US Geological Survey in Flagstaff, Arizona, presented a thermal model that examines where on the surface ice could remain stable over the life time of the solar system, rather than boiling away more quickly. If Ceres is acting like a comet, it must have ice patches that can survive for a long time before being heated by the sun as it moves into a warmer part of its orbit.

Titus found that ice could only be stable in regions above 40 degrees latitude. But the plumes spotted by Herschel seemed to come from nearer the equator, which implies they can’t be comet-like. “The water ice is just not stable at the latitudes that the plumes are supposedly coming from,” Titus says.

Another explanation is cryovolcanism, in which ice and water are forced out of the surface by processes similar to those that drive magma volcanoes on Earth. But according to a second model presented at the LPSC by David O’Brien of the Planetary Science Institute in Tucson, Arizona, Ceres doesn’t have enough muscle to drive these eruptions.

The idea is that Ceres has a subsurface ocean covered by an icy shell. As the bottom of the shell freezes, it expands, putting pressure on the ocean and the shell itself. In order to create a cryovolcano, says O’Brien, the water pressure needs to build up enough to launch up through the shell before the ice cracks and relieves the pressure.

We don’t know exactly how deep the ice is on Ceres, so O’Brien tried a range of plausible depths. None produced the conditions for spewing cryovolcanoes – the ice always cracked before enough pressure built up. The best case scenario was water reaching about 90 per cent of the way to the surface.

Intriguingly, that means water could potentially reach the surface from a deep crater, where there was less ice to get through – perhaps even from a crater like the one where Dawn saw the bright spot. That doesn’t mean there is a cryovolcano producing a massive plume, but it could be just enough to replenish the ice on the surface, countering the instability that Titus discovered.

So Ceres could be producing comet-like emissions in this region, driven by a weak cryovolcano. “It’s sort of a midpoint between comets and cryovolcanic icy worlds,” says Titus.

There is more than one way to make a cryovolcano, though. Some models suggest the core of Ceres may be heated by radioactive isotopes left over from the dwarf planet’s formation. These could provide enough energy for punchier volcanism, perhaps producing larger plumes – and heat would of course be beneficial for any bacteria that may be lurking below the surface. “Any place you’ve got the potential for liquid water, you’ve got the potential for life,” says Titus. “Ceres could be an extremely exciting astrobiological target.” 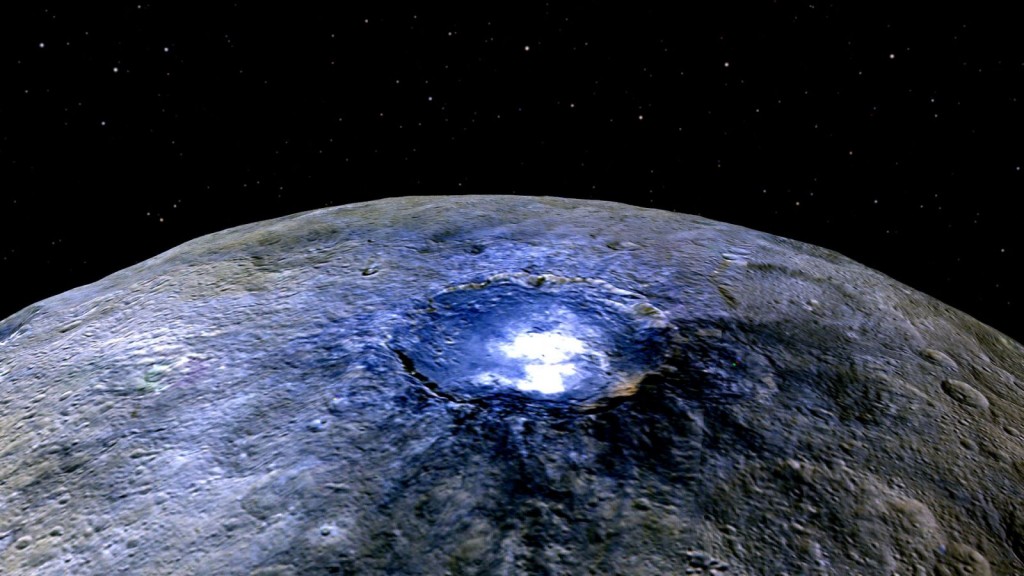 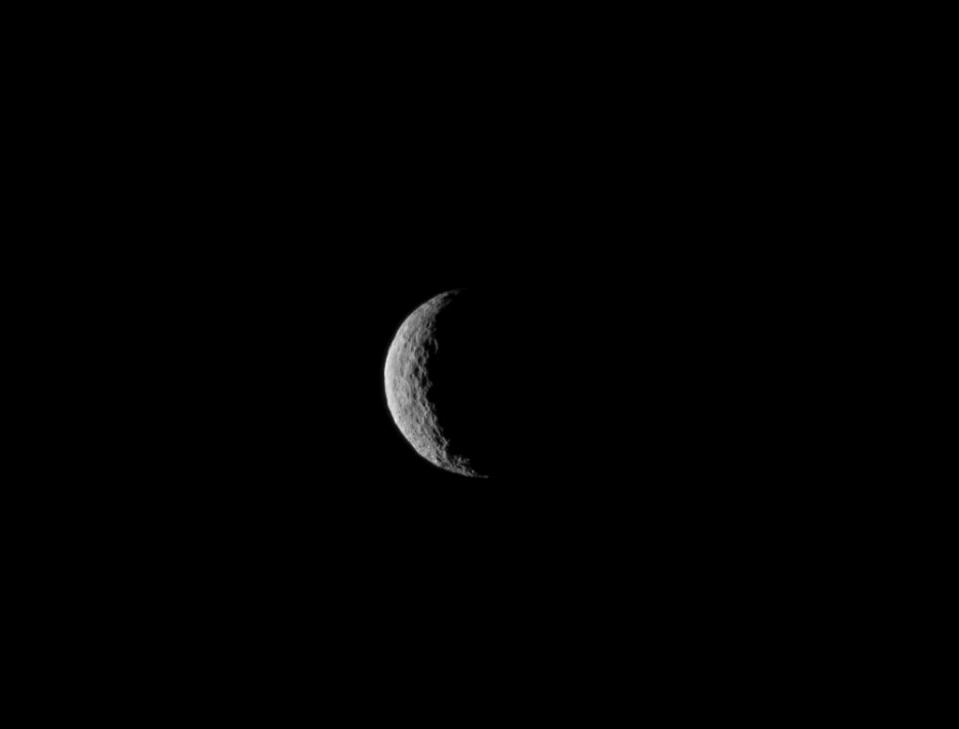 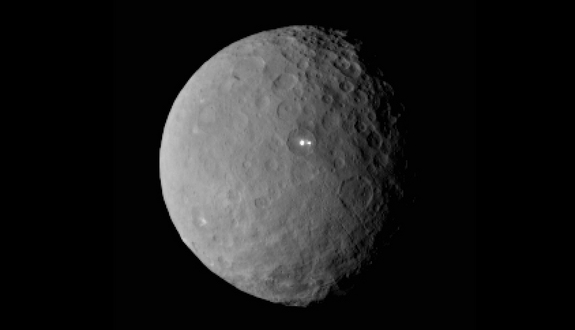 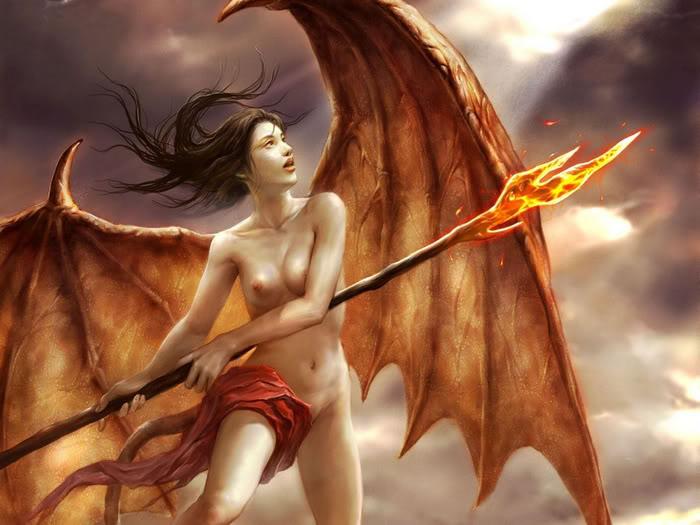