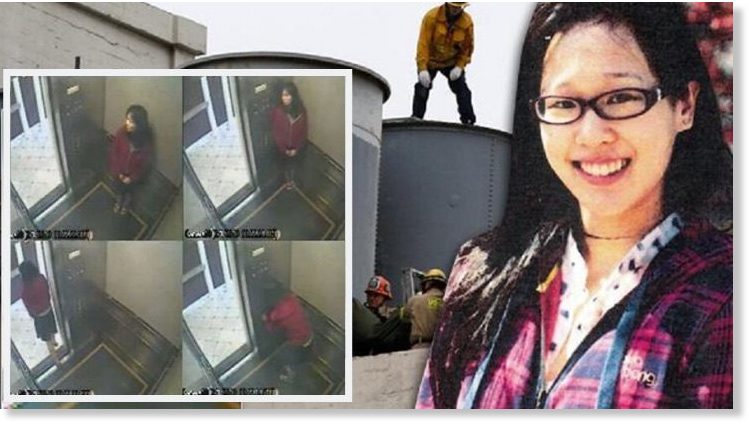 Many insist to this day that a resident evil looms within the very walls of the infamous Cecil Hotel in downtown LA.

Back in 2013, I became obsessed with a true-crime case that was very popular online. And very strange. You might be familiar with it.

A surveillance recording of a young woman in a red hoodie — who can be seen acting bizarrely, almost as if she is hiding from someone, in an elevator inside the infamous Cecil Hotel in downtown Los Angeles — went viral on YouTube.

That same young woman, 21-year-old Chinese-Canadian tourist Elisa Lam, was found nearly two weeks later in one of the hotel’s rooftop water tanks. Her naked body was removed with relative difficulty by firefighters, who had to cut into the side of the cistern with lasers to extract the corpse.

The conditions were extremely suspicious. Though no one could quite explain how Elisa would have ended up on the alarm-triggered roof in the first place, much less drowning naked in a difficult-to-access water tank, LAPD detectives closed the case without criminal charges. They concluded there was no foul play and that Elisa had accidentally drowned due to complications resulting from bipolar disorder.

The case had personal resonance for me early on. I read Elisa’s voluminous online writings, which detailed her battle with severe depression and bipolar disorder. Bipolar disorder — which drastically increases suicide rates — had taken the life of my aunt and threatened the lives of several close friends; and depression had been an ongoing battle in my own adult life.

The spectacle of seeing millions of people online trying to divine whether Elisa’s death was the result of hypomania, human predation, or some paranormal demon struck me as particularly apropos of our current Internet-mediated reality.

In the process of investigating the case, I turned up new information that will interest readers and web sleuths on a number of levels.

People who aren’t particularly familiar with the case will be introduced to the eerie Cecil Hotel via a biography that explains why it’s so incredibly synchronistic that this tragedy played out at this location. An extensive history of the Cecil Hotel (renamed Stay On Main) reveals an almost unbelievable number of unexplained deaths, suicides, and murders starting in the 1930s and continuing to the present day. 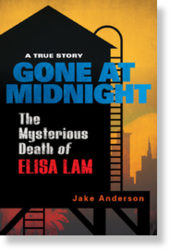 Incredibly, a manager claimed on camera that someone has died in all 600+ rooms of the hotel.

A former tenant revealed to me that employees had used their master keys to enter guest rooms and sexually assault women. At least two different prolific serial killers, Richard Ramirez (the “Night Stalker”) and Jack Unterweger, lived on the upper floors of the Cecil (Ramirez on the same floor where Elisa was recorded) during their respective murder sprees.

There’s a reason why tenants called it “The Suicide Hotel.” Main Street pedestrians have periodically glimpsed bodies of “jumpers,” the many souls who jumped to their deaths from the upper floors. One had a nervous breakdown upon the ghoulish sight of a woman strung up in the cable lines and had to be admitted to a hospital; another was actually killed by a suicidal Cecil tenant who landed on his head.

Many insist to this day that a resident evil looms within the very walls of the building. After staying there by myself twice during my research, I can attest that it’s a lodging experience you will never forget (though you will want to).

People who are familiar with the case, and who have been waiting for some answers, will be relieved to know this book contains exclusive new interviews and evidence that has not (yet) been leaked online. In the book, I spend a great deal of time going over the history of Cecil Hotel’s internal corruption, as well as recent LAPD scandals, to lay the foundations for why I’m convinced there’s been a criminal coverup in this case.

I also take great pains to state why I don’t view mental illness and foul play as mutually exclusive. In fact, I spend several chapters discussing the multitude of neurological, genetic, and psycho-social factors that must be addressed before someone can even intelligently discuss mental illness, much less try to approximate what was going on in Elisa Lam’s head on January 31st, 2013.

In other words, there may be multiple colliding realities of what was going on that night.

The new evidence I gathered includes: eyewitness testimony regarding the discovery of Elisa’s belongings; new forensic analysis of the autopsy by an independent coroner that contradicts the LA Coroner’s Office stated cause of death; a payment made by the Cecil Hotel to one of the employees who discovered Elisa’s body, who likely perjured himself in a civil deposition and subsequently left the country with his family; and an LAPD informant who has firsthand knowledge of a possible quid pro quo between Cecil Hotel executives and the LAPD. And more.

I hope to catch the notice of the California Attorney General because this case desperately needs an independent audit.

I went into the writing of this book wanting to counter the stigmatization of mental illness in today’s society. Ultimately, I encountered a police department willing to use a victim’s mental illness to scapegoat a botched investigation.

In this article:Elisa Lam, LAPD detectives