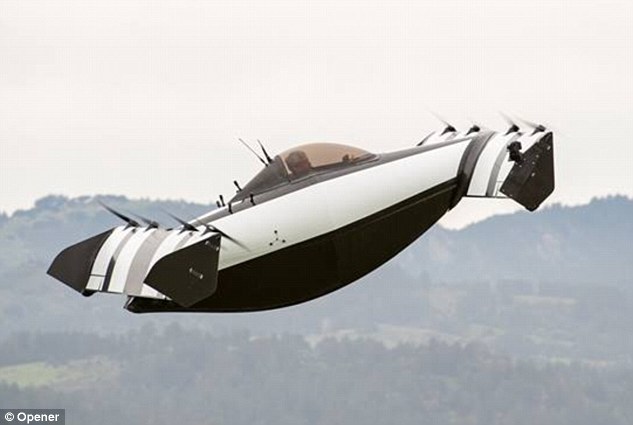 A Silicon Valley startup has developed a flying car prototype that it claims ‘anyone can pilot.’

Called BlackFly, the single-seat, all-electric aircraft doesn’t require the flyer to have a pilot license in order to operate it in the US, according to Palo Alto-based Opener.

Opener first drew up concepts for BlackFly nine years ago and has now built an early prototype that can travel 25 miles at speeds of up to 62mph.

BlackFly is an ultralight vehicle that consumes less energy than a traditional electric car and is also built to be steathily quiet.

The battery can be recharged in as little as 25 minutes.

Users don’t need a pilot’s license to operate it, but they must take part in minimal training, including sitting in a simulator for about five minutes.

Opener CEO Marcus Leng hopes that the BlackFly flying car will be ready to go on sale as soon as next year.

Unlike other flying car models, Leng plans to keep BlackFly affordable, with a price tag near the cost of a traditional SUV.

Earlier models may be more expensive, however.

‘Opener is re-energizing the art of flight with a safe and affordable flying vehicle that can free its operators from the everyday restrictions of ground transportation,’ Leng said in a statement.

The hope is to democratize ‘three-dimensional transportation’ such as flying cars, while maintaining safety.

Opener has conducted rigorous testing on BlackFly, including 1,000-plus flights and 10,000-plus miles flown.

In this article:BlackFly, flying car prototype