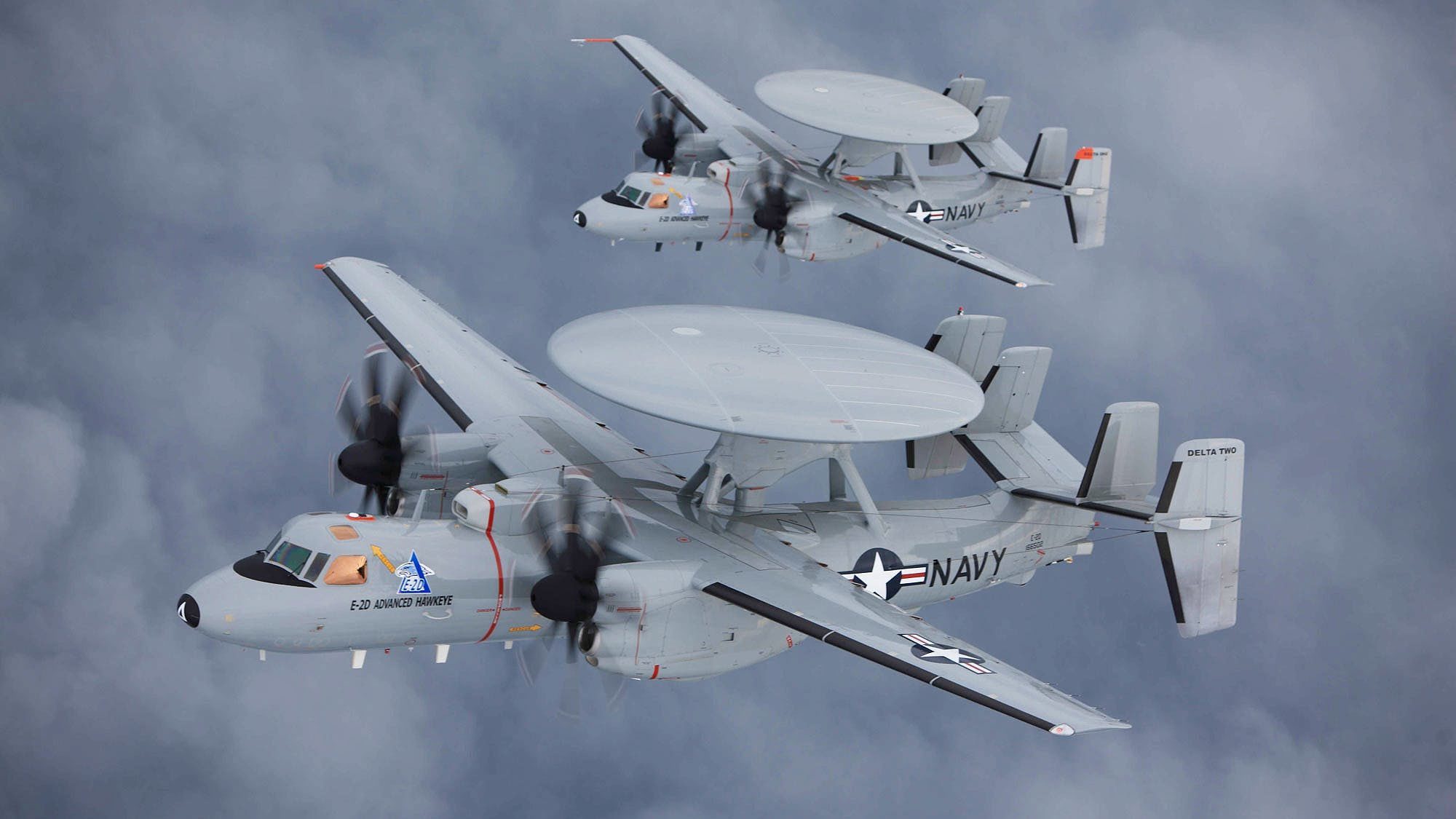 The E-2D Hawkeye is one of the most capable aerial surveillance platforms ever created.

One of the biggest questions surrounding the most recent known spate of UFO encounters with U.S. Navy pilots – those that occurred off the southeastern seaboard of the United States between 2014 and early 2015 – pertains to how persistent they actually were. We know Super Hornet aircrews from Strike Fighter Squadron 11 (VFA-11), the Red Rippers, detected unknown objects multiple times on radar and one aircrew even had a close encounter visually with one of them, but what about the rest of the many Hornet squadrons based at Naval Air Station Oceana, not to mention the E-2 Hawkeye squadrons from nearby NAS Norfolk? We have the answer to this question and it is remarkable.

A source with knowledge of the events has made it clear to The War Zone that presence of the mysterious objects in the restricted training airspace off America’s east coast was so pervasive that it was largely common knowledge among local flying units. They noted that the majority of the Super Hornet squadrons equipped with AN/APG-79 Active Electronically Scanned Array (AESA) radars – you can read all about this technology and how it was key in detecting these objects in our exclusive piece on the subject – at the time were having the same experiences, as well as the crews flying the new E-2D Hawkeye with its incredibly powerful AN/APY-9 radar suite. It literally became such a common and near everyday occurrence that Naval Aviators and Naval Flight Officers from the base would talk about it informally with regularity.

But that doesn’t mean formal action wasn’t taken. Beyond filing an official safety report after one of the jets almost hit one of the unidentified objects – described eerily as a translucent sphere with a cube structure suspended inside of it – Notices To Airman (NOTAMs) were posted regarding the dangers potentially posed by unknown aerial vehicles flying in the same military operating areas that aircraft from NAS Oceana frequented for training. This action was taken by the base’s command leadership as they couldn’t figure out how else to address the bizarre issue and its perceived threat to their aircrews’ safety.

We have since filed Freedom Of Information Act (FOIA) requests for copies of these NOTAMs, as well as documents regarding how the decision to file the NOTAMs was made at the command level.

Another burning question surrounding these events pertains to whether or not additional visual encounters occurred beyond the one near miss with the Super Hornet and the ‘cube inside an orb’ object. Our source tells us that there were many more, and yes, they all resulted in the exact same description of the object. So, we are talking about a uniform set of very strange looking objects here that were spotted on radar, by infrared targeting pods, and by the naked eye, frequently over 2014 and the first part of 2015 above the waters off America’s southeastern coastline.

As we noted in our last piece on the subject, these encounters dropped off to the point they were described as fleeting and inconclusive at best once VFA-11 and its carrier air wing went on cruise to the Middle East in early Spring of 2015. In addition, we know that the carrier strike group and its aircraft were equipped with key new sensor fusion technologies for that deployment, a fact that is eerily similar to the circumstances surrounding the now famous ‘Tic Tac’ incident nearly a decade earlier. All of which makes these objects’ presence during the time leading up to that deployment that much more curious.

Yet at the same time, the fact that the volume of these recent encounters seems much greater and spread over a much larger period of time versus the infamous incident in 2004 is puzzling. And none of this even addresses the very peculiar physical appearance of these objects, but we have another report on that subject that will be filed in the very near future.

Still, at least we now have a much better sense of how widespread these encounters were and the cultural impact that they had on the Navy’s east coast master fighter jet base. This also underscores just how taboo this topic was to military aviators. The fact that these types of events could have been so pervasive, yet kept so hushed-up outside of Navy tactical aircraft aircrew circles, is telling in itself and provides good evidence as to why the Navy had to officially change is procedures for its personnel reporting such strange incidents.

All this comes as Congress is taking a high-interest in the subject as of late, with multiple briefings being given to key lawmakers with the military’s top witnesses.

Whatever the case may be, we are definitely entering into uncharted territory when it comes to this long shunned and abused topic. What exactly that will mean when it comes to actually getting to the truth of the matter remains to be understood.

This video shows one of the encounters seen of the east coast in this time period: