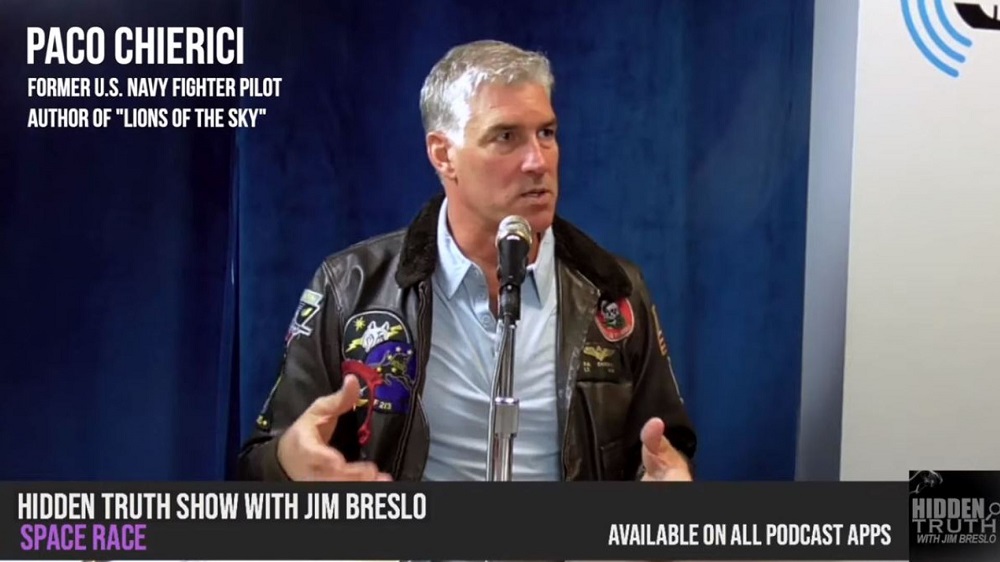 Well before the New York Times covered the sighting of Tic Tac UFOs by Navy pilots off the US Nimitz, Paco Chierici wrote an article detailing a first-hand account shared with him by his friend and former squadron mate, David Fravor.

Fravor, who was the squadron commander of the F-18s which encountered the UFOs, first told Chierici the story over drinks at a bar soon after the incident. Chierici was able to obtain a classified report about the incident and he shares the conclusions of the report and provides his opinion regarding Mike Turber’s claims that they are secret U.S. Air Force craft.

He wrote the first story about the incident: “ There I Was: The X-Files Edition”.

Chierici recounts the above experience in a December 9 interview with Jim Breslo on ‘Hidden Truth ”. The full YouTube video appears above.