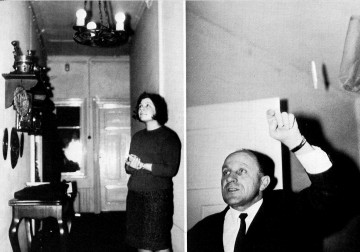 An example of the historical continuity of scientific interest in unorthodox questions concerns ‘poltergeist’ phenomena, i.e. the very epitome of ‘things that go bump in the night’.

Probably coined by Martin Luther (a professed poltergeist victim) in sixteenth-century Germany, ‘Poltergeist’ means ‘rumbling spirit’. There is a vast number of historical records of dramatic poltergeist outbreaks afflicting people from all walks of life, not infrequently resulting in interventions by state authorities, which in turn have produced some of the most detailed records. Among the bizarre but apparently robust features of alleged poltergeist phenomena over time are: 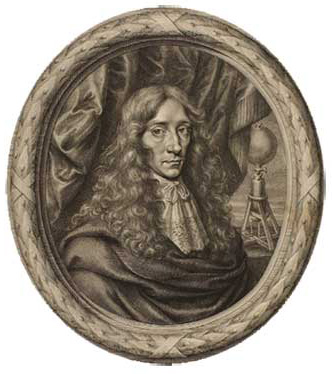 Traditionally, poltergeists were believed to be demons, elementals, or spirits of deceased evil humans, and their activities have often been associated with witchcraft and black magic. Far from being condemned as folly or superstition, such views were held by figureheads of the Scientific Revolution, such as Francis Bacon and later Robert Boyle. While Bacon submitted bills for the penalisation of witchcraft, Boyle sponsored the English edition of The Devil of Mascon, a classical French poltergeist case, for which he wrote the preface. Boyle (who investigated cases of miraculous healings, premonitions and other supposedly supernatural events) also supported colleagues at the Royal Society such as Joseph Glanvill and Henry More who compiled natural histories of poltergeist disturbances and witchcraft. Historians of science have argued that these investigations were inspired by deep worries of religious deviance (such as popular atheism, animism, hylozoism and pantheism), which were perceived to undermine regulative moral functions of Christian belief in the reward and punishment of the soul in the afterlife. 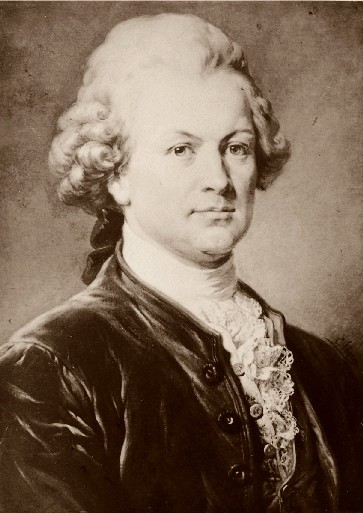 During the Enlightenment the respectability of the ‘supernatural’  declined dramatically on the backdrop of religiously motivated political unrest, clerical corruption and the horrors of the witch crazes. However, rather than natural philosophers or medics it was religious and political writers such as Joseph Addison who began to treat the ‘occult’ as an object of ridicule and shorthand for irrationality and backwardness. Addison’s play The Drummer, for instance, was a caricature of the ‘Drummer of Tedworth’, a poltergeist case investigated by Joseph Glanville, poking fun of ghost beliefs as well as of atheistic free-thinkers. However, not all Enlightenment savants agreed that reports of ‘things that go bump in the night’ were necessarily to be treated with contempt. G. E. Lessing in Germany, for instance, openly opposed the fashionable wholesale rejection of reports of apparitional experiences and poltergeist phenomena. (According to the German historian Carl Kiesewetter, this was shortly after Lessing became involved in an incident in Dibbesdorf near Braunschweig, where members of a working-class family afflicted by a prolonged poltergeist outbreak were, without further ado, imprisoned for breach of the peace.) 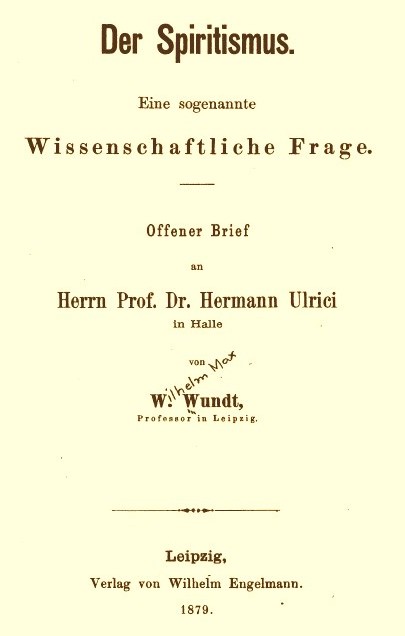 In the mid-nineteenth century the poltergeist started to be domesticated in Hydesville, USA, when modern spiritualism emerged as a significant global movement from a case featuring a responsive poltergeist who claimed to be a dead merchant. Eminent men of science such as Alfred Russel Wallace, William Crookes, J. J. Thomson and Alexandr Butlerov investigated spiritualist mediums and became convinced of the reality of its phenomena. When the Leipzig astrophysicist Johann F. Zöllner tested his theory of a fourth dimension of space by having a medium experimentally reproduce poltergeist-style phenomena, this became an explosive political issue during the infancy of modern professionalised psychology in Germany. Zöllner, who was supported by physicists like Gustav Theodor Fechner, was publicly attacked by Wilhelm Wundt, Fechner’s disciple and the founder of the first German laboratory of experimental psychology. Wundt’s main worry was that scientific interest in the phenomena of spiritualism threatened the social and religious foundations of civilisation. 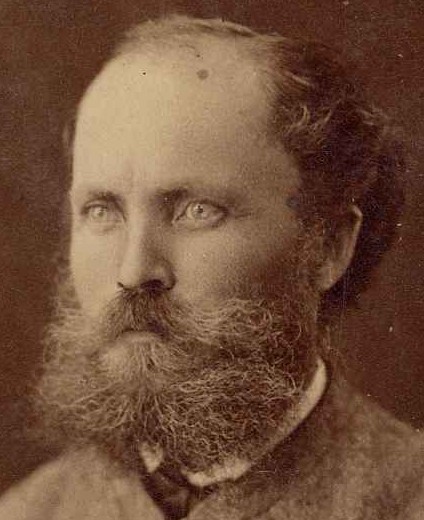 Unlike Wundt, his American counterpart William James advocated scientific interest in spiritualism as legitimate, and he became highly active in the investigation of trance mediumship and ‘veridical hallucinations’ (apparitions of the living and the dead that seemed to convey information not known to percipients). Research by James and other psychologists in hypnotism, mediumship and veridical hallucinations spawned important late-nineteenth century concepts of the unconscious. Two major theorists of subliminal cognition were Carl du Prel in Germany and Frederic W. H. Myers in England. Juxtaposing conventional sleep-walking with apparitions of the living, they concluded that both seemed caused by fixed ideas, and they suggested an unusual psychological explanation for apparitions of the dead: Myers proposed that “the behaviour of phantasms of the living suggests dreams dreamt by the living persons whose phantoms appear. And similarly the behaviour of phantasms of the dead suggests dreams dreamt by the deceased persons whose phantasms appear”. Likewise, du Prel believed “If super-sensory capacities are possible without the use of the body, they must be possible without occupancy of it”. 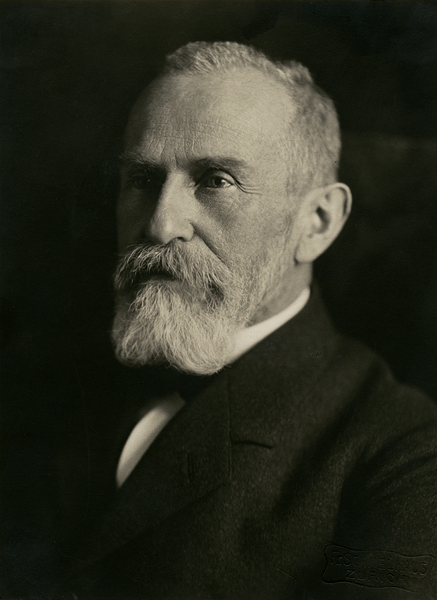 In the twentieth century, Oliver Lodge, Charles Richet, Cesare Lombroso, Filippo Bottazzi, Camille Flammarion, Henri Bergson, Marie and Pierre Curie, the third and fourth Lords Rayleigh and many less known scientists, medics and philosophers tried to reproduce poltergeist-style phenomena under controlled conditions. After authors like du Prel and Myers were eclipsed by psychoanalysis, mental health professionals like Carl Gustav Jung, Eugen Bleuler, Enrico Morselli and the sexologist Albert von Schrenck-Notzing continued to study poltergeist phenomena in the field and in the laboratory. However, they categorically dismissed theories involving the agency of discarnate spirits and advocated a strictly psychodynamic approach. As Schrenck-Notzing put it: “In certain cases, emotionally charged complexes of representations, which have become autonomous and dissociated, seem to press for discharge and realisation through haunting phenomena. Hence, the so-called haunting occurs in place of a neurosis”. Holding that once possibilities of fraud were practically eliminated, they proposed that poltergeist phenomena were to be explained in terms of emotional conflicts unconsciously acted out by individuals with a ‘telekinetic’ disposition, a view which was adopted by psychoanalysts like Alfred von Winterstein and Nandor Fodor. 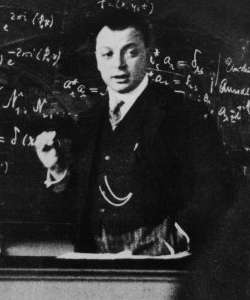 Scientific interest in poltergeist phenomena persisted in the most unlikely places. Members of the Vienna Circle of Positivism such as Rudolf Carnap and Hans Hahn (who became vice-president of the Austrian Society for Psychical Research) eagerly followed Schrenck-Notzing’s experimental and field investigations. Hahn’s most eminent student, Kurt Gödel, likewise attended experimental séances. The theoretical physicist Wolfgang Pauli believed in the intrinsic interconnectedness of mind and matter even on a macroscopic level and was banned from the Hamburg lab of his friend Otto Stern because Pauli’s presence was believed to reliably wreak havoc on lab equipment and apparatuses. Pauli corresponded extensively with Jung, and along with spontaneous and experimental poltergeist phenomena, examples of the “Pauli effect” informed Jung’s concept of synchronicity. Pauli also corresponded with the Freiburg psychologist Hans Bender, who continued a psychodynamic-synchronistic approach to ‘occult’ phenomena and investigated the ‘Rosenheim case’, a violent poltergeist outbreak in a Bavarian law firm, which parapsychological researchers consider as one of the most thoroughly documented modern cases of ‘recurrent spontaneous psychokinesis’ (or RSPK).

Interestingly, the OED (third edition, updated in September 2006) still exclusively relies on early modern theological notions by defining the poltergeist as “a ghost or other supernatural being supposedly responsible for physical disturbances such as making loud noises and throwing objects about”. This narrow and ahistorical definition strikingly obscures the strong pluralism of empirical and conceptual approaches to the ‘poltergeist’ as a shorthand for a variety of questions regarding the human mind, its place in nature, and, not least, the power of belief and disbelief.

[This text is loosely based on my talk Exorcising the ghost from the machine. Affect, emotion, and the enlightened naturalisation of the ‘poltergeist’, delivered on 10 October 2012 at the Society for the Social History of Medicine Conference, Queen Mary University, London].

Myers, Frederic W. H. (1889). On recognised apparitions occurring more than a year after death. Proceedings of the Society for Psychical Research, 6, 13-65.

Perrault, François (1658). The Devil of Mascon. Or, A true Relation of the Chiefe Things which an Uncleane Spirit did, and said at Mascon in Burgundy, in the House of Mr Francis Pereaud, Minister of the Reformed Church in the same Towne. Oxford: Hen, Hall, Rich & Davis (originally published in 1653).

Porter, Roy (1999). Witchcraft and magic in Enlightenment, Romantic and liberal thought. In B. Ankarloo & S. Clark (Eds.), Witchcraft and Magic in Europe. The Eighteenth and Nineteenth Centuries (pp. 191-282). Philadelphia: University of Pennsylvania Press.