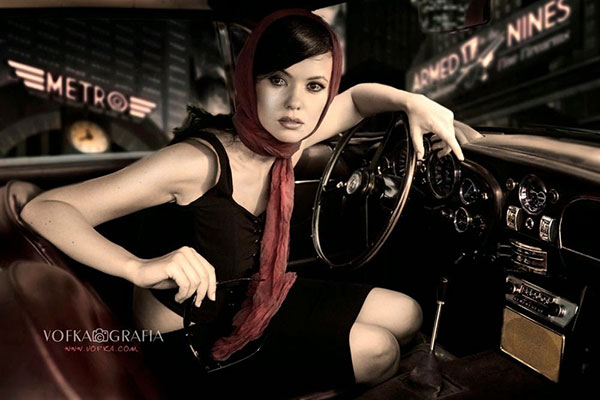 A Ukranian-born actress is scaring up lots of publicity after making this outrageous claim: She’s had sex with a ghost — twice.

Natasha Blasick made the spirited confession Tuesday morning on British TV show This Morning and said she found the experiences “really, really pleasurable.”

The first experience happened when she was alone in her room.

“I was laying in bed and then I felt something enter the room and I couldn’t see anybody,” she said, according to the Mirror. “I could feel that somebody was touching me and the hands were pushing me against my will and I could feel the weight of the body on top of me.

“I couldn’t see anybody but I could feel the pressure, the energy, the warmth pushing in different directions.”

The ghost then left, but Blasick said it returned a month later for more, the New York Daily News reports.

Although Blasick is married, she said her ghost sex antics have given her something more than traditional nookie ever could.

“It was fun. I think ever since I was a child I always wanted to know if there is anything more to this world, I was always asking the questions, and I think this made me feel kind of reassured that there is something more than what we can see with the naked eye,” she said, according to DigitalSpy.com. “It gave me comfort and support and love, and it did answer questions for me that there is something else out there.”

Blasick isn’t the first performer to extol the virtues of ghost sex.

In September, Kesha revealed to Ryan Seacrest that a randy romp with a male ghost helped give birth to her new song, “Supernatural.”

“The people who report having sex with a ghost report feeling pressure on them and even penetration, but ghosts don’t have warmth,” Holzer told HuffPost. “When they’re in the room, it’s a very cold environment.”