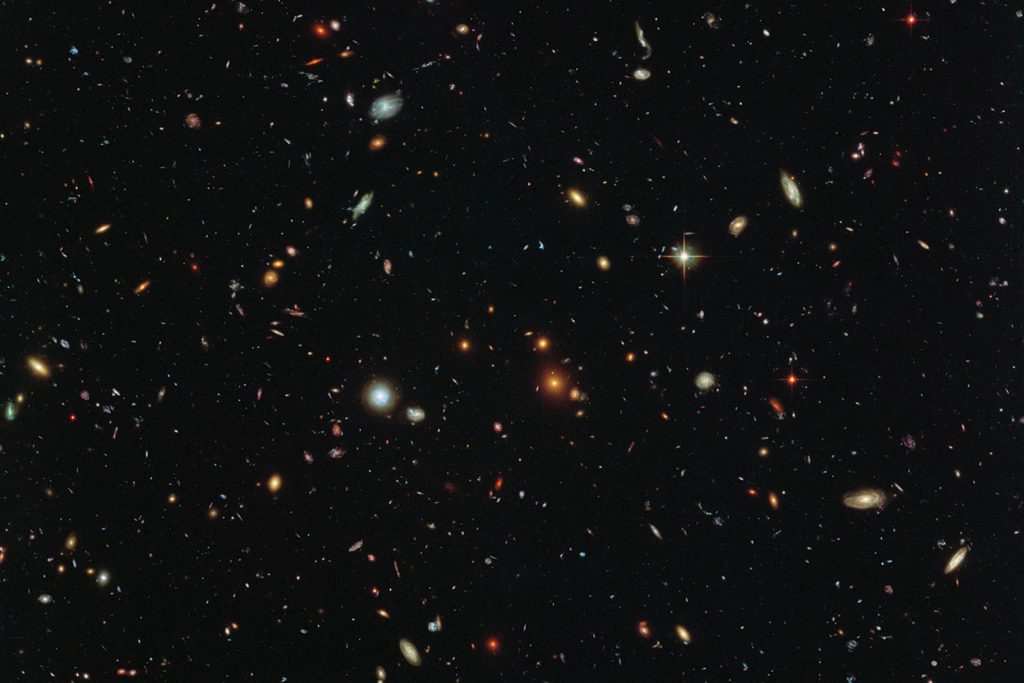 Astronomers have historically turned to two disparate methods to understand the Universe. Telescopes have traditionally been used to observe galaxies, while scientists have recently attempted to simulate them on large computers. Now a theoretical astrophysicist has revealed the early results of “a third way” – a novel method offering new insights into galaxy formation and the role dark matter plays in it.

He told Express.co.uk: “Telescopes can see lots of galaxies in exquisite detail but they are only tiny snapshots of their histories.

“Galaxies take hundreds of millions of years to evolve and of course, during a human lifetime, we can’t even see a tiny fraction of that, so can’t tell how does they evolved with observations alone.

“Simulators are inputting all the physics they knew into very big computers still experience issues, because even computers for the next few hundred years will be insufficient to simulate a galaxy down to its individual components.”

Instruments like NASA’s Hubble Space Telescope can see both galaxies as they were many billions of years ago and nearby galaxies, obtaining exquisite images of how they look today.

The scientist uses the metaphor of having pictures of people at all different time points in the history of their lives.

The problem scientists face is piecing together how galaxies grow through time.

“We put a guess into a computer for how quickly galaxies grow over time and how many mergers they have and we generate an entire Universe full of galaxies, going from the very first time points right after the Big Bang until the present day.

“And then still inside the computer, we pretend we’re astronomers, and we observe this universe exactly as people have done here on earth.

“Things that we look at, for instance, include how many galaxies we see at different points in the history of the universe?

“How large are they? How clustered are they?

“And by asking the question ‘does the universe that we generated on the computer resemble the real universe?’ we can then get a sense of how close we are to the real answer.

“So it’s like a game of almost how to call you’re getting warmer or cooler, in terms of how close you are to what the real universe is doing.”

The Arizona University team’s simulations have already achieved some “surprising” results, showing how star formation may have been more efficient in the early Universe.

For context, most of stars in the Universe are in galaxies that stop forming new stars.

“This has been a puzzle for a very long time, because if we observe these galaxies that have stopped forming stars, we find there’s a lot of material and lot of fuel available to form stars, but the galaxies are not using up this fuel to form new stars.

“What we found with the universe machine is the most common explanation, that is it was hard for the fuel to cool and condense to small enough regions to form stars, we found that was very less likely to be correct, because it gave a different prediction for how galaxies grew, than what came out of our measurements.”

The NASA universe machine – the size of entire floor of the building – took required around 5 million Central Processing Units (CPU) hours, meaning it would take a laptop 5 million hours to complete.

To convert that into something more familiar like years, that would be about half a millennium.

The resulting incredible simulations, as seen in the video above, are only the start, Professor Behroozi revealed.

He said:
“What we’ve done so far with galaxies, we want you to eventually include every part of the universe.

“In other words, to make a full, complete movie of the entire universe, with galaxies, black holes, supernova explosions, with everything we can observe in the real universe, to add to this virtual universe, to understand really what’s causing every piece that we see.”