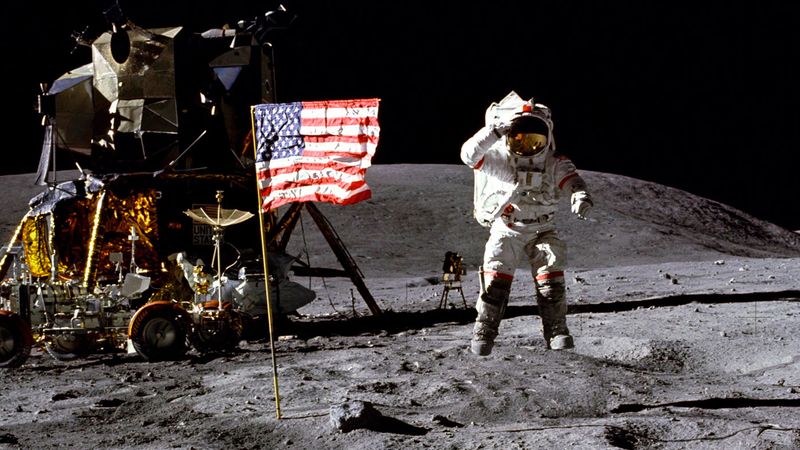 NASA says it’s returning to the Moon to stay, with the ultimate goal of flying to Mars.

A new video, voiced by actor Mike Rowe, flags the space agency’s bold plans to establish a permanent Moon base.

“We’ve taken giant leaps and left our marks in the heavens.

“Now we’re building the next chapter, returning to the Moon to stay, and preparing to go beyond. We are NASA – and after 60 years, we’re just getting started.”

NASA has sent six manned missions to the Moon, starting with Neil Armstrong and Buzz Aldrin’s legendary 1969 landing up to Gene Cernan and Jack Schmitt in 1972.

Today fresh impetus for further lunar missions is being driven by US President Donald Trump’s call for an affordable space exploration programme.

It called for “human and robotic exploration missions to expand the frontiers of human experience and scientific discovery”.

From the 1970s, NASA’s focus shifted to the International Space Station and away from lunar exploration.

But in recent years, there has been renewed interest in heading back to the Moon – our closest neighbour. It’s been largely driven because a lunar base would be a valuable stopover on the journey to Mars.

NASA aims to put a lander on the Moon and Mars in 2020 – before human missions in the following decade.

In this article:human and robotic exploration missions, moon, Nasa