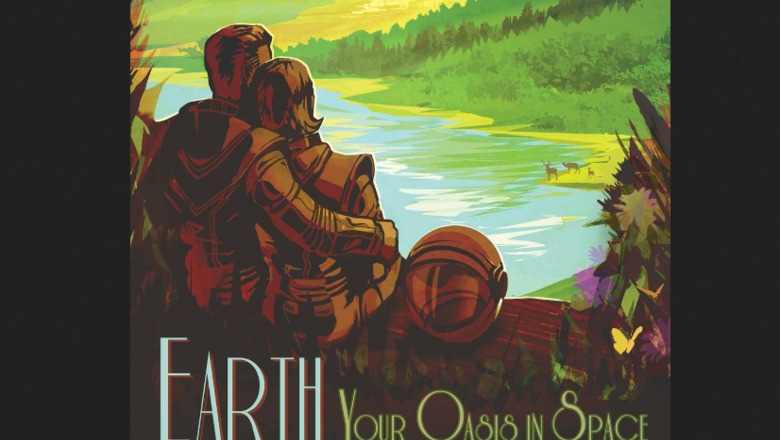 NASA’s Jet Propulsion Laboratory has released a video and a series of posters, according to the Daily Mail. They depict planets and moons that could one day become tourist destinations for humans.

“While our exploration robots travel through the solar system, the only place outside of Earth has been visited by humans is the moon,” according to the commentary accompanying the video. “This is the next place where we will send astronauts. But far from the last. While humans still haven’t been to Mars, we are already planning to add boot prints to the rover’s tire tracks. We also dream of traveling to distant worlds and what they can be.”

Vacations of the future, according to NASA, will be booked through a special travel agency, which will be called, for example, “Exoplanet”. The rockets will land people on Mars to visit local attractions, and then deliver them to Venus, where tourists can admire the views from the “Cloud 9 Observatory.”

On the exoplanet HD 40307 g, which is similar to Neptune and located 42 light years from Earth, it will be possible to jump with a parachute, and on other exoplanets – fly in the atmosphere in glass capsules, walk on red earth and live in conditions of constant night.

It is likely that these dreams are only a few decades away from reality: several space companies have already sent civilians, that is, tourists, to the edge of space and beyond.

The last was the Blue Origin flight on October 13, during which 90-year-old actor William Shatner and three other people climbed 100 kilometers above the Earth’s surface and spent three minutes in zero gravity.

In this article:Nasa, Space Tourism