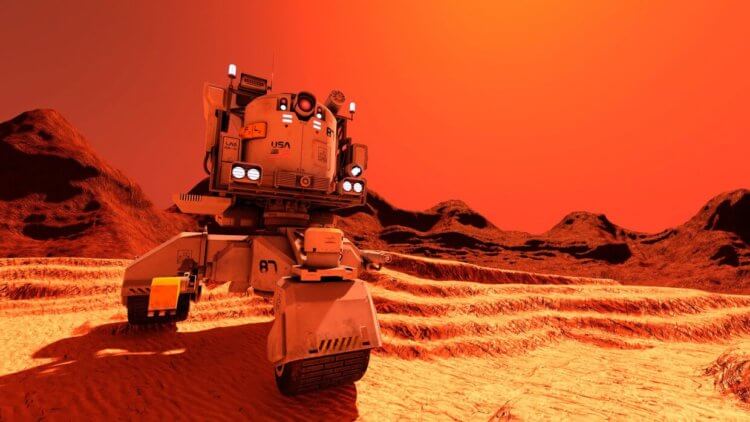 NASA showed the first images of the surface of Mars taken by the Perseverance spacecraft, which landed on the Red Planet a few hours ago.

Meanwhile, US President Joe Biden congratulated NASA on the successful landing. This was announced at a briefing by the acting head of the space department Steve Yurchik.

“First of all, he said:“ Congratulations, man! ”He also said that he would like to personally congratulate the team”

Perseverance has delivered equipment to Mars that may come in handy for future launches. It is a helicopter for flying above the surface, which is an experimental project that, if successfully tested, will be used to observe the mission and reconnaissance of possible new landing sites.

No damage was recorded during the descent to the Red Planet; it was “in excellent shape,” said Matt Wallace, deputy head of the flight program. All systems work as expected.

In turn, the deputy head of the project, Jennifer Trosper, noted that the power systems of the rover are working as required.

Launch curator Allen Chen added that the rover landed at the target location, and automated systems determined the most level surface.

The Atlas V launch vehicle with the Perseverance rover launched to Mars in July last year from the spaceport at Cape Canaveral (USA, Florida).

It is planned that Perseverance will collect rock and soil samples from the surface of the Red Planet, placing them in about 40 special containers, most of which will be taken by another rover in 2026.

It is assumed that they will be loaded onto a special launch vehicle that will put them into orbit on Mars. Already there the valuable cargo will be picked up by another device that will deliver them to Earth. According to the mission program, this will happen in the 2030s.

Advertisement. Scroll to continue reading.
In this article:Mars, Perseverance