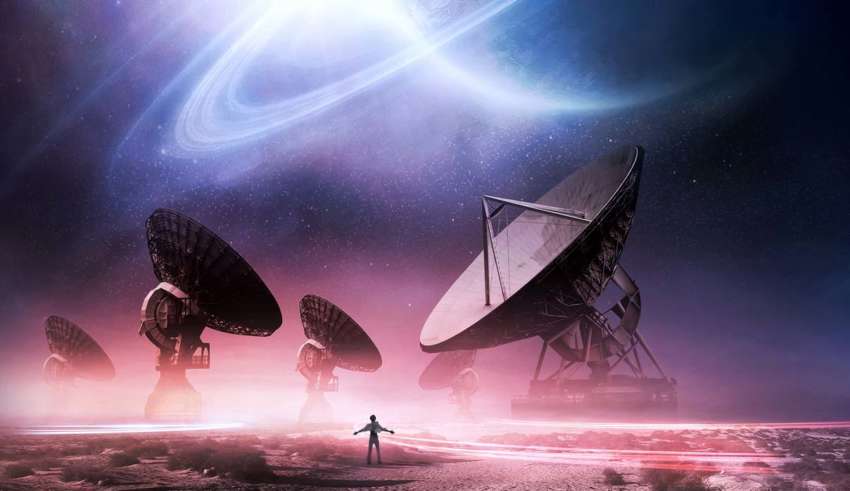 We have been announcing for a long time, “extraterrestrial revelation” is imminent. We have seen how in 2017 some controversial videos of warplanes chasing UFOs were published, as the Pentagon admitted that it investigates UFOs through the Advanced Aerospace Threat Identification Program and finally the U.S. Navy. acknowledging that the videos of fighters chasing UFOs were real. So, is anyone going to recognize that conspiracy theorists were right? Will anyone show that aliens have come to Earth?

That is the expectation among the members of the UFO community. For seventy years, they have surely insisted that many of the strange objects seen in our atmosphere are extraterrestrial ships, piloted by beings from another world. But while millions of people around the world agree with this possibility, that our planet has interstellar intruders, few scientists do not share this idea. However, judging by all the recent news, it seems that everything is about to change. The so-called disseminators of truth, such as Steven Greer, Richard Dolan and Stephen Bassett, say that the “great revelation”It is imminent. And if anyone still has doubts, now NASA has revealed that they will discover extraterrestrial life in the coming months.

“It will be revolutionary,” said Dr. Green. “It’s like when Copernicus said ‘no, let’s go around the Sun’. Completely revolutionary. A new line of thinking will begin. I don’t think we are prepared for the results. We are not. I was worried about that because I think we are close to finding it and making some announcements. ”

Dr. Green is one of the main “thinkers” behind the NASA and ESA missions that will begin drilling on the Martian surface in 2020. ExoMars rover of the ESA and Mars 2020 of NASA will collect the samples, and the Testing of these specimens will be completed in 2021. The NASA scientist believes that the important clues behind the existence of extraterrestrial life will be revealed after the testing of these samples.

In addition, during the interview, Dr. Green made it clear that there could be advanced civilizations in the deep corners of the universe since there are more planets in the cosmos than the number of stars.

“Venus was a blue planet for a significant period of time, “ the American scientist continued. “There is no reason to think that there are no civilizations in other places because we are finding exoplanets all over the place. Now we know from Kepler’s observations that there are more planets in the galaxy, that there are stars. ”

Without a doubt, Dr. Green’s words have not left anyone indifferent. On the night of September 28, Elon Musk, co-founder of SpaceX and PayPal, unveiled its new spacecraft destined to bring humans to Mars as part of its red planet colonization mission. After unveiling all the details of the spaceship, Musk revealed that humans could be the only life in the cosmos.

According to technology, human beings are the only conscious beings that live in the universe and use this consciousness, so our species should strive to emerge as a multi-planetary species. Musk, during his presentation, also talked about the possibility of traveling to planets like Mars and Saturn in the near future.

“As far as we know, we are the only conscience, the only life that exists,” Musk said. “There may be another life, but we have not seen any signs of it. I have not seen any sign of aliens. Consciousness is a very rare and precious thing, and we should take all the steps we can to preserve the light of consciousness. I think we should do everything possible to become a kind of multiple planets and extend consciousness beyond Earth, and we should do it now. ”

Leaving aside the controversy between Musk and Dr. Green, without a doubt it is possibly the most important news in history, NASA acknowledging that in the coming months it will make the existence of extraterrestrial life public and then … then it will be that they are already among us. The “D” day is imminent and now we just need to know:

What is the true objective of this “movement”? What is behind all this revelation?

In this article:extraterrestrial revelation, Mars

NASA showed the first images of Mars from the Perseverance spacecraft

NASA showed the first images of the surface of Mars taken by the Perseverance spacecraft, which landed on the Red Planet a few hours...

An unexplained wobble shifts the poles of Mars

The red planet sways from side to side like a whirligig when it loses speed. The new study allowed scientists to notice that the...