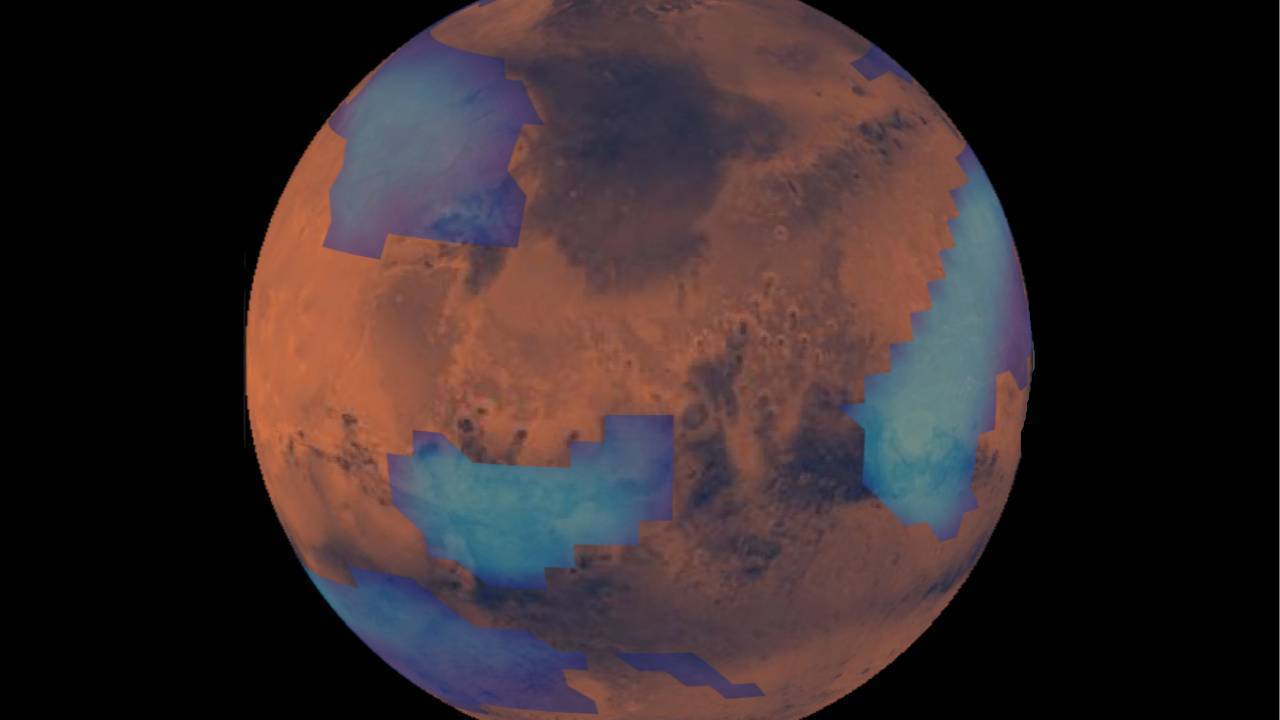 According to a new study conducted by a team at the University of Colorado Boulder (CU Boulder), the formation of clouds in the thin atmosphere of Mars are caused by meteors.

The “meteor smoke,” which is the icy dust that remains when a meteorite burns in the atmosphere of Mars, is what partially creates the cirrus-like clouds that are placed about 18 miles above the surface of the planet.

Since the clouds here on Earth are made up of particles, like dust grains or sea salt, which are transported into the air by the wind and then the water molecules condense around them, which causes the clouds to form and grow up.

Mars, on the other hand, barely has floating particles, since the atmosphere is very thin. But when small meteors enter the atmosphere of Mars, they often burn, creating fine dust or “meteorite smoke,” which are the necessary particles for clouds to develop.

The Earth has noctilucent clouds that are created from the dust of meteors and are seen at an altitude of about 50 miles in the atmosphere. After the sun sets on the Earth, the clouds still reflect sunlight, so they can be seen shining bright blue.

While meteor dust helps create Martian clouds, the thin atmosphere only allows certain types of clouds to form. The clouds are usually very faint and resemble pieces of cotton, very similar to the cirrus clouds of Earth.

“But just because they are thin and can not really be seen, it does not mean they can not have an effect on the dynamics of the climate,” said Victoria Hartwick, a graduate student at CU Boulder.

In fact, temperatures at the same height as clouds could fluctuate warmer or colder at 18 degrees Fahrenheit. According to Brian Toon, who is a professor at CU Boulder:

“More and more climate models are discovering that the ancient climate of Mars, when rivers flowed through its surface and life could have originated, warmed with high-altitude clouds. It is likely that this discovery will become an important part of that idea to warm Mars. “

While Martian clouds are too weak and the atmosphere is too thin to produce rain, snow fell near the North Pole in 2008 and was witnessed by the Phoenix Mars Lander.

Frost and fog have also been seen on the red planet due to a water cycle that occurs even without water on the surface and an extremely thin atmosphere.

No doubt the red planet in its past could have life, but it should be noted that this discovery makes the idea that Mars is terraforming so that there may be optimal conditions in the upper part of the planet for life, in the way that we know her.