NASA has released some high-resolution images that give a close-up look at the mysterious bright spots of Ceres.

The images come courtesy of the NASA Dawn spacecraft, which at the moment, is at the lowest orbit of the planet.

Bright Spots Are No Alien Cities 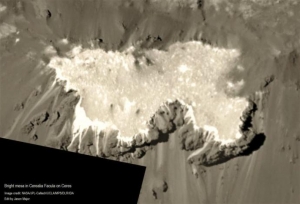 The amazing photographs reveal the salt deposit in the southwest region of Cerealia Facula, which is located in the Occator Crater of Ceres. The Dawn spacecraft captured the photographs on June 22.

The Dawn spacecraft is able to send back superb high-resolution photographs showing the rugged surface with scientists having been intrigued by the bright spots of the Occator Crater. The spots can be clearly seen in the high-res photos due to the fact they stand out against what is essentially a dark background. They are something the public along with scientists were amazed ever since Dawn first discovered them in 2015 when arriving at Ceres. 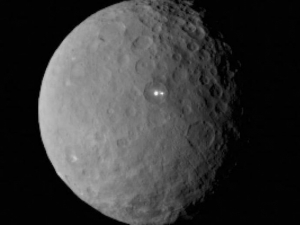 On June 6, the spacecraft was at its lowest orbit and since then has managed to send back many thousands of images along with data that has given scientists a lot more information about Ceres. 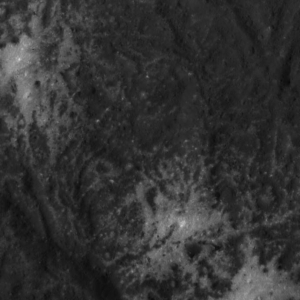 One thing that has baffled scientists is how Ceres evolved over time along with how it manages to remain geologically active even though the planet is relatively small in comparison to other planets. 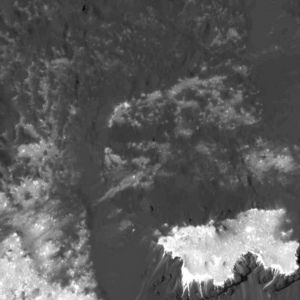 Data Has Exceeded All Expectations of NASA

NASA said the latest images to come from Ceres have a resolution that is less than 5 meters per pixel. The framing camera lead investigator, Dr. Andreas Nathues said, “The data exceeds all our expectations.” 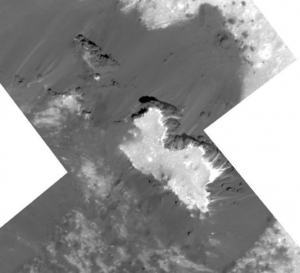 NASA showed an image taken in February 2015 of Ceres, with the image sparking interest in the bright spots, which at that time remained even more of a mystery than they are today. It was said they took on the appearance of alien headlights. After more analysis, it was determined they were, in fact, salt deposits.

The orbit of Ceres is 22 miles from the surface of Ceres with NASA capturing the carbonate deposit on the southwest part. The salt deposits gave a huge clue about the current activity while the data and images will help scientists to find answers to how they got there. 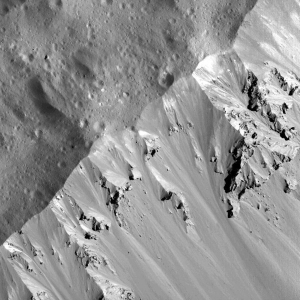 Cerealia Facula is the biggest deposit in the middle with Dawn managing to take some of the closest ever photos after it adjusted the orbit trajectory. 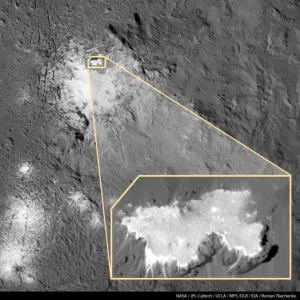 The results of the high-resolution images have been better than hoped for as they show the rich details of the planet offering scientists along with others a glimpse of the beauty of Ceres. The low orbit meant that many more details could be seen on the planet, including the bright spots. 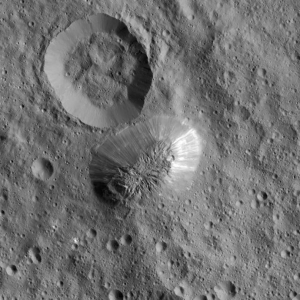 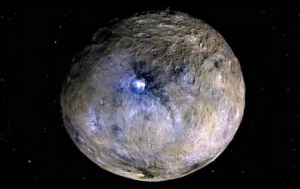 Advertisement. Scroll to continue reading.
In this article:Ceres, Nasa