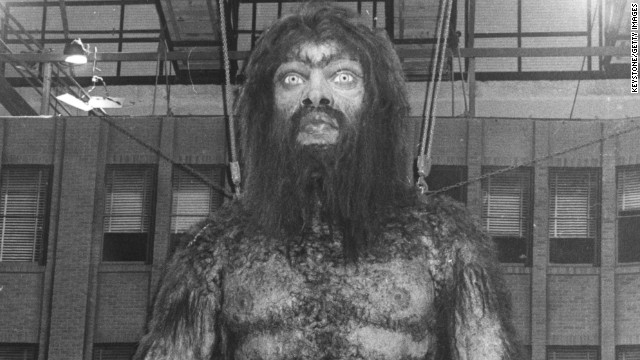 (CNN) — For centuries, tales of the Yeti, an elusive but terrifying creature said to roam the inhospitable Himalayan Mountains, have enthralled curious minds.

Now, research by a leading UK geneticist may have unlocked the truth about the Yeti, or Abominable Snowman, after hair samples from two mystery animals proved to be a genetic match to an ancient polar bear.

The findings, to be explained in “Bigfoot Files,” a documentary series on Britain’s Channel 4 TV network, are the work of Bryan Sykes, a professor of human genetics at Oxford University.

He put out a worldwide call last year for people to submit hair or other tissue from “cryptids,” or previously undescribed species, and collected more than 30 samples for analysis.

Sykes’ research focused on two samples in particular, both from the Himalayas but found about 800 miles apart, one in the Ladakh region and the other in Bhutan. 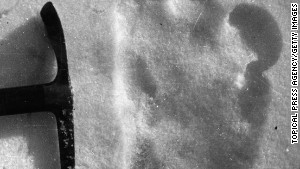 A footprint of Yeti, discovered near Mount Everest in 1951.

To his surprise, testing found a 100% match with a polar bear jawbone from Svalbard, the northernmost part of Norway, that dates back between 40,000 and 120,000 years, according to a news release from Channel 4.

What Sykes called an “exciting and completely unexpected result” casts new light on the Yeti legend, although it may not satisfy the legions of “Bigfootologists” around the world.

“There’s more work to be done on interpreting the results. I don’t think it means there are ancient polar bears wandering around the Himalayas,” Sykes said.

“But we can speculate on what the possible explanation might be. It could mean there is a subspecies of brown bear in the High Himalayas descended from the bear that was the ancestor of the polar bear. Or it could mean there has been more recent hybridization between the brown bear and the descendant of the ancient polar bear.”

Sykes’ DNA testing forms part of the Oxford-Lausanne Collateral Hominid Project, which is also looking for genetic evidence of other mysterious creatures — including the Sasquatch, or Bigfoot, in the Pacific Northwest and the Almasty in Russia — to study their possible links to humans.

Those who submitted samples to the project last year were asked to give a description of the material and details of where and when it was found, as well as their own opinion of its likely species type and the reasons for that view.

The analysis, which involves sophisticated DNA testing and comparison of the findings with a database of other animals’ genomes, doesn’t come cheap, costing about $2,000 for each hair sample.

But it may finally allow scientists to pin down whether all those Yeti or Bigfoot “sightings” over the years — often captured in blurred photos or shaky video footage — are based on fact, mistaken identity or elaborate hoaxes.

” ‘Bigfootologists’ and other enthusiasts seem to think that they’ve been rejected by science,” Sykes is quoted as saying. “Now I think that’s a complete distortion of what science is about. Science doesn’t accept or reject anything. All it does is examine the evidence, and that is what I’m doing.”

Sykes has submitted the DNA results for publication in a peer-reviewed science journal and is also due to publish a book based on his research next year.