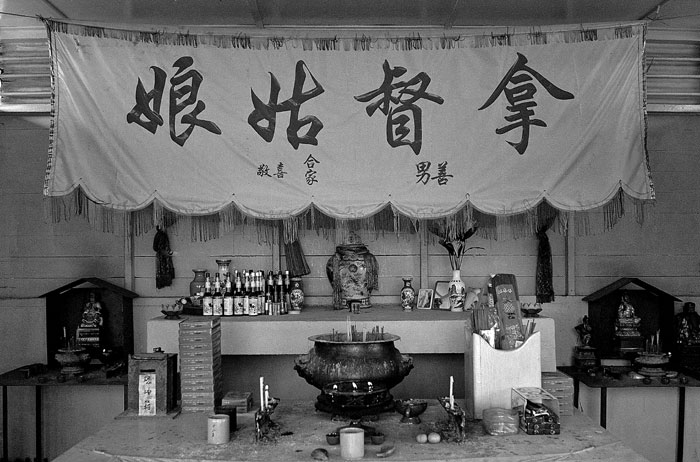 There is a shrine in Singapore dedicated to a young woman called the “German Girl”. The German Girl’s father was taken in WWI by soldiers. After her parents left her in Singapore (there are two slightly varying stories but this is the part that’s agreed on), the German girl ended up dying. In one story she died of starvation, the other from falling off of a cliff trying to escape the soldiers. 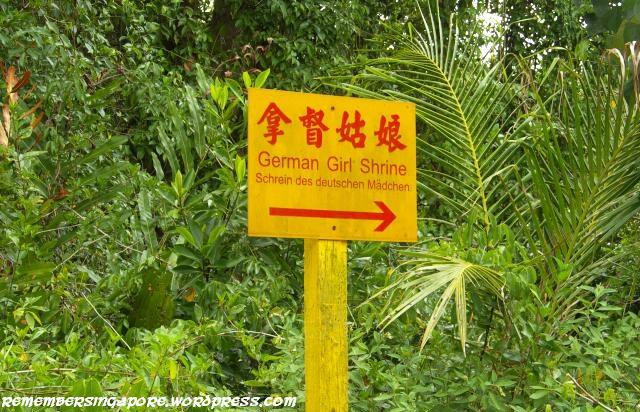 This shrine was built to soothe her spirit in the Na Du Gu Niang Temple. A little less than 100 years later, a local man had a dream three nights in a row. In this dream, there was a Caucasian girl that led him to a shop and told him to buy a Barbie and the girl told him to put this doll on the altar of the German Girl shrine. When he woke up after the third dream, he went and found this shop and the same Barbie from his dream was there. He bought the doll and took it to the Na Du Gu Niang Temple where it still is today (around 6 or 7 years later). Many people come to the shrine to worship the doll.

The story began in the 1910s, just before the First World War (1914-1918) broke out.There was a German family living on Pulau Ubin at the turn of the 20th century, owning a coffee plantation on the northeastern island of Singapore. According to research, the plot of land used to belong to two German families, Daniel Brandt and Hermann Muhlingan, but the identity of the German girl remains unknown.On 4th August 1914, the United Kingdom declared war on the German Empire, and the colonial government in Singapore started seizing German ships, businesses and properties. On Pulau Ubin, the British military rounded up the German plantation owner and his family. His frightened daughter, around 18 years of age (said to be born in 1896), escaped into the woods. The rest of her family was sent to a detention barrack on mainland Singapore.

A few days later, the girl’s body was found covered with ants by the Malay plantation workers. It was assumed she had lost her way and fell to her death from a cliff. Her corpse was discovered by Boyanese plantation labourers, who threw sand over her body and offered prayers, flowers and incense as a gesture of goodwill each time they passed her.Eventually, a group of Chinese workers on the island carted her remains to the crest of the quarry’s hill and gave her a proper burial.

‘The workers had probably been treated well by her parents, and maybe did what they did as a gesture of thanks.’ Whatever the long-winded route the German Girl’s tale took to become reincarnated into its present-day myth, worshippers and Toto punters have not stopped coming.From the 1920s to the 1970s, they left a trail of bananas and soft drinks on the burial ground for Chye to steal – as a hungry teenager and, later, as a cheeky old man up to nosey antics. In 1974, the grave was exhumed to make way for quarry excavation work and relocated to its present spot near Chye’s hut.He remembers playing kaypoh at the dig, sticking his head in the crowd to see a rusty cross and a few strands of hair recovered from the grave. These were apparently transferred to an expensive Jiangsu urn, bought for the ritual of ash-transferring by quarry company Aik Hwa.Today, the supposed urn – a heavy white jar decked with tattered scarves – sits upright on a dust-caked altar strewn with a battleforce of eerie feminine tributes: hair brushes, nail polish, powder, Safflower Oil, Florida Water, Hazeline Snow and the odd tube of Revlon lipstick.

Singapore Paranormal Investigators (SPI) has been pondering some theories regarding the stolen remains. One theory is that the porcelain urn itself was a valuable antique and it was stolen by relic hunters. The other speculation is that the remains of the white girl have a strong spiritual force, and therefore the urn was robbed by people who practice black magic or sorcery.

Despite that the physical existence of the German girl corpse was no more in the 1970s, her spirit was made immortalized at this Chinese temple. Worshippers came to give offerings that include perfumes, cosmetics, mirrors, flowers, and fruits to the deceased German girl.

It has been reported to SPI that people have encountered moving shadows outside the temple at night. Recently, some members of a filming crew who reenacted the legend for movie production got possessed on the spot—one vomited repeatedly after touching the urn, and the other, who was dressed in a German girl costume, suddenly started to speak in German. They believe that somehow her spirit is lingering in the temple as perhaps an angel goddess. On a lighter note, the German girl spirit was said to kindly give blessing to the worshippers, sometimes helping them win lotteries. 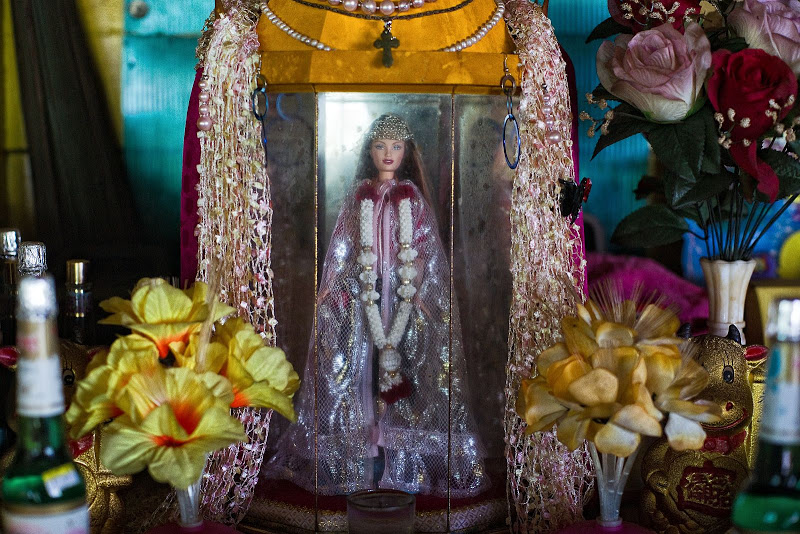 The doll is also adorned with lipstick, nail polish, perfumes, and other cosmetics brought by the pilgrims. This doll even replace other idols that an old urn to store the ashes the body of a German girl. Barbie was starting to become a new idol about seven years ago after an Pulau Ubin dream doll three consecutive days. A taxi driver named Lin Qing De says almost every day to bring pilgrims to the temple and most of the women. They prayed to maintain the beauty, elegance, and beauty and has a charming way like Barbie.  Source
In this article:Deity, German Girl, Shrine, Singapore, WWI 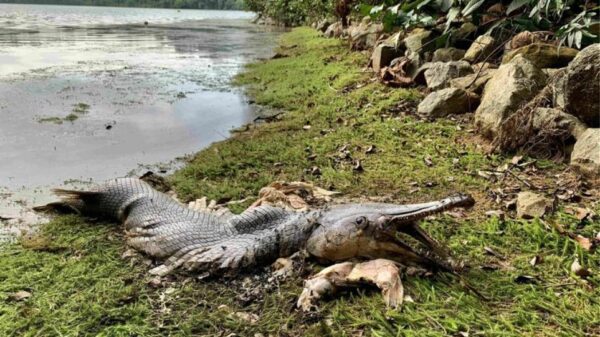 The locals thought it was a crocodile until they realized it was a huge fish – The body referred to a prehistoric fish with... 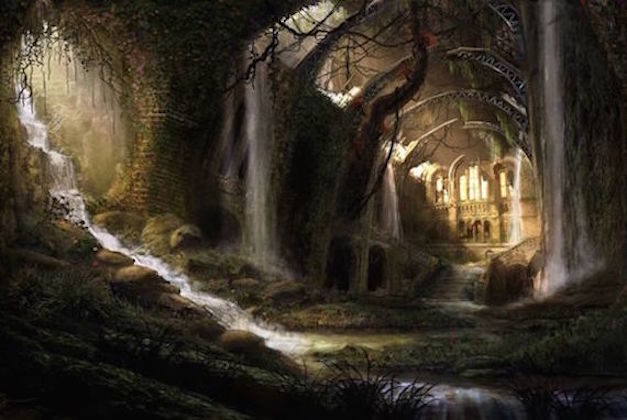 Shrine of the Mystic Dragon      In this age of exploration a lot of attention has been paid to what lies out beyond our...

Did ace WWI pilot shoot down a UFO ? 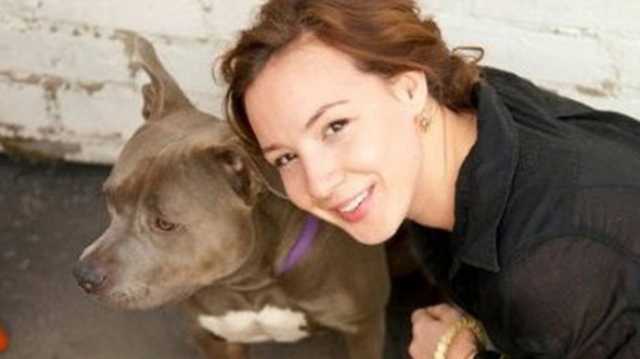 A young American woman who ran the First Meta bitcoin exchange was found dead in her Singapore apartment last week. Police are investigating the...