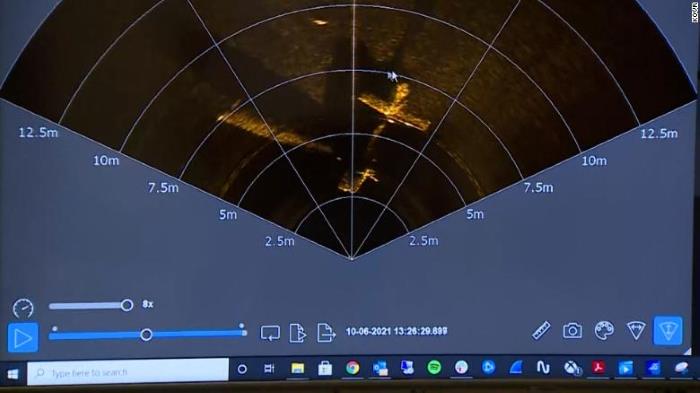 Experts who checked the hydrographic equipment found an airplane at the bottom of Lake Folsom in California. It is believed to be a vessel that mysteriously disappeared in 1965, CNN reports.

The aircraft can be seen on radar images at a depth of about 49 meters under a layer of silt. An underwater robot with a camera was sent to it, which photographed the tail and propellers. They turned out to be the same as the plane that disappeared without a trace 56 years ago.

This is not enough for a final confirmation, but it is known that the plane crashed on January 1, 1965 in the vicinity of the lake after a collision in the sky with another small plane. It was never found.

In this article:California, lost planes

A huge humpback whale was recently caught on camera breaching the surface next to a tiny fishing boat. The incredible near-miss, which took place...