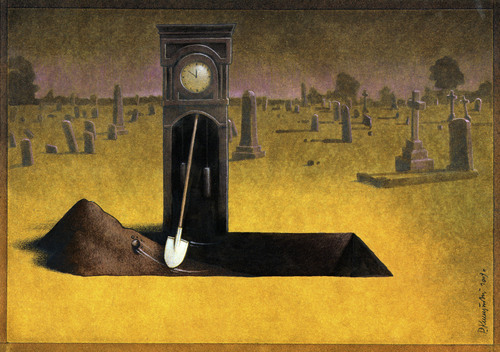 Writer and former software designer named Philip Bump has, using data compiled by Wolfram/Alpha,  produced a website life clock, so to speak, or to be more accurate, one could call it a death clock.

You enter in your date of birth, country you live in, and gender and the clock predicts what date you will die and what percentage of your life you have lived.

The country choices the site offers is U.S., UK, Germany, and Mexico.

The results are a little strange to say the least. 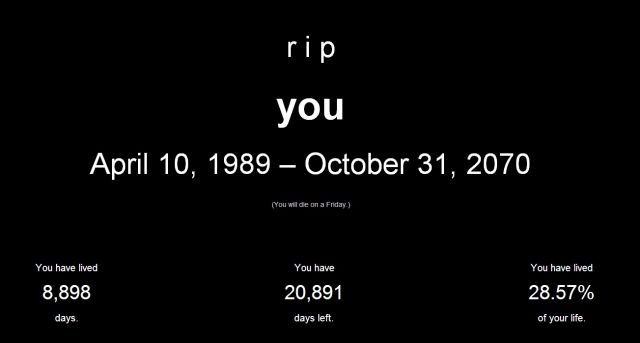 Here is where the website seems to have a glitch and the numbers get a little hinky. 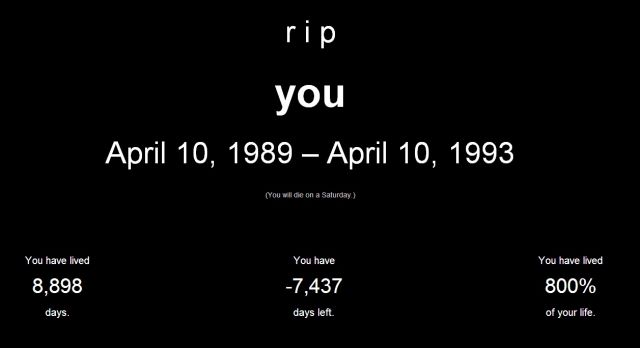 I think the creators need to work a little more on their formulas and data compilations if a Mexican male, born in 1989, only has a 4 year lifespan expectancy.

Here is the website for those that want to try it – http://pbump.net/death/

Advertisement. Scroll to continue reading.
In this article:die, strange website, When You Will Die