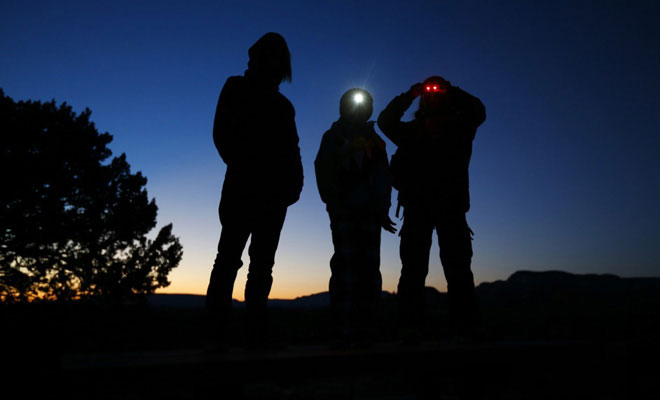 There have been over 100 sightings of UFOs along the Line of Actual Control (LAC) in the last several months but this sighting has come after some time-gap. Reuters

Indian Army troops have sighted mysterious unidentified flying objects (UFOs) in the Ladakh sector along the Line of Actual Control with China. On August 4, the UFO was sighted by Army troops in Lagan Khel area in Demchok in Ladakh area in the evening and a report has been sent to the Army headquarters by the local formation, sources said here.

There have been over 100 sightings of UFOs along the Line of Actual Control (LAC) in the last several months but this sighting has come after some time-gap, they said. Asked about the UFO sightings by the Army troops in Ladakh sector, Defence Minister A K Antony had told Parliament that there is no conclusive proof of sighting of unidentified flying objects (UFOs) over the Sino-Indian border. The UFO sighting on August 4 comes after reports suggested that a top-level science research institute had found that the UFOs were actually planets Jupiter and Venus, which are clearly visible from the high altitude and thin atmosphere terrain of Ladakh.

The reports said that the research institute had found out that the Army troops deployed in the area had mistaken the two planets as UFOs. However, it is not clear whether the conclusion arrived at by the research institute has been accepted by the Army and Government or not. Last year, the 14 Corps, which looks after military deployment along Kargil-Leh and the frontiers with China, had sent reports to the Army Headquarters about the sightings of UFOs by an ITBP unit in Thakung near the Pangong Tso Lake.

Reports suggested that these yellowish spheres appear to lift off from the horizon on the Chinese side and slowly traverse the sky for three to five hours before disappearing. The officials had confirmed that these UFOs were not Chinese drones or satellites.