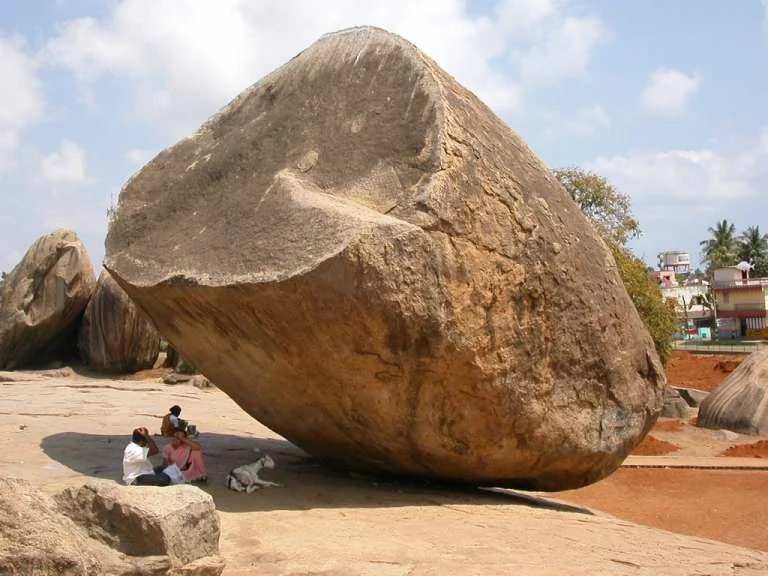 In Mahabalipuram there is a mysterious giant stone, known as the Krishna Butter Ball. A feature of this stone is that it stands on a very small base, less than 1.2 square meters on a slippery hill. It’s a miracle that this boulder can stand like that. Imagine what would happen to a ball if you placed it next to it. The ball would immediately roll down. The “Krishna Butter Ball” has been standing here for over 1200 years.

According to Hindu mythology, when the great god Krishna was just a baby, he was fond of stealing butter. Following this tradition, the big orange stone has been likened to a giant dollop of purloined butter that the god dropped.

The size of the giant stone is about 6 meters high and 5 meters wide, with a weight of almost 250 tons. Many people think that this stone is a natural formation. However, this form cannot have a natural character, since there is no way that this boulder could come to its present form with the help of erosion, water or wind. You can see that the rest of the area where our giant stone is located is a smooth hill and devoid of any other large stones. But who put this stone here? Even today, moving a 250-ton rock uphill would be a very difficult task and would require sophisticated equipment such as cranes. 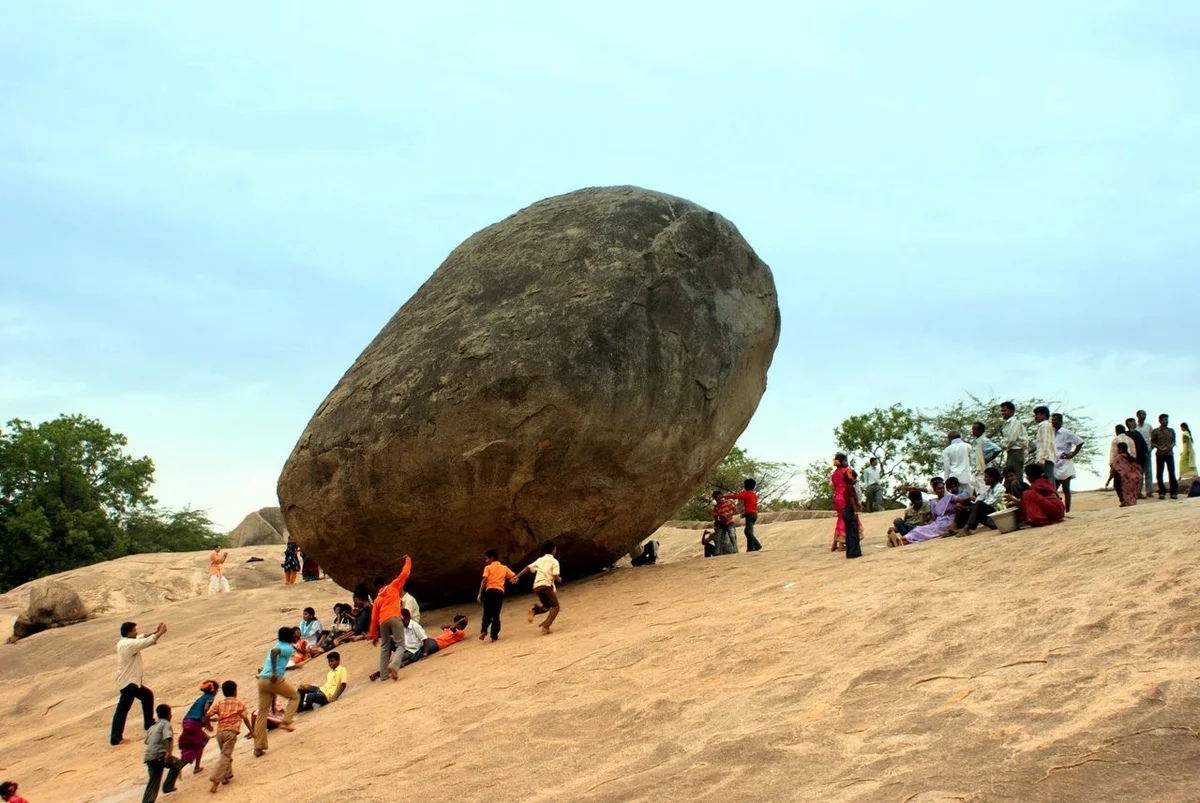 In 1908, Arthur Lawley, the then Governor of Madras, considered this stone to be very dangerous – it could roll off the hill at any moment. He ordered the stone to be pushed down. Seven elephants were involved in the case, who, working in tandem, could not move a giant stone even by an inch! In the end, the governor abandoned his venture. 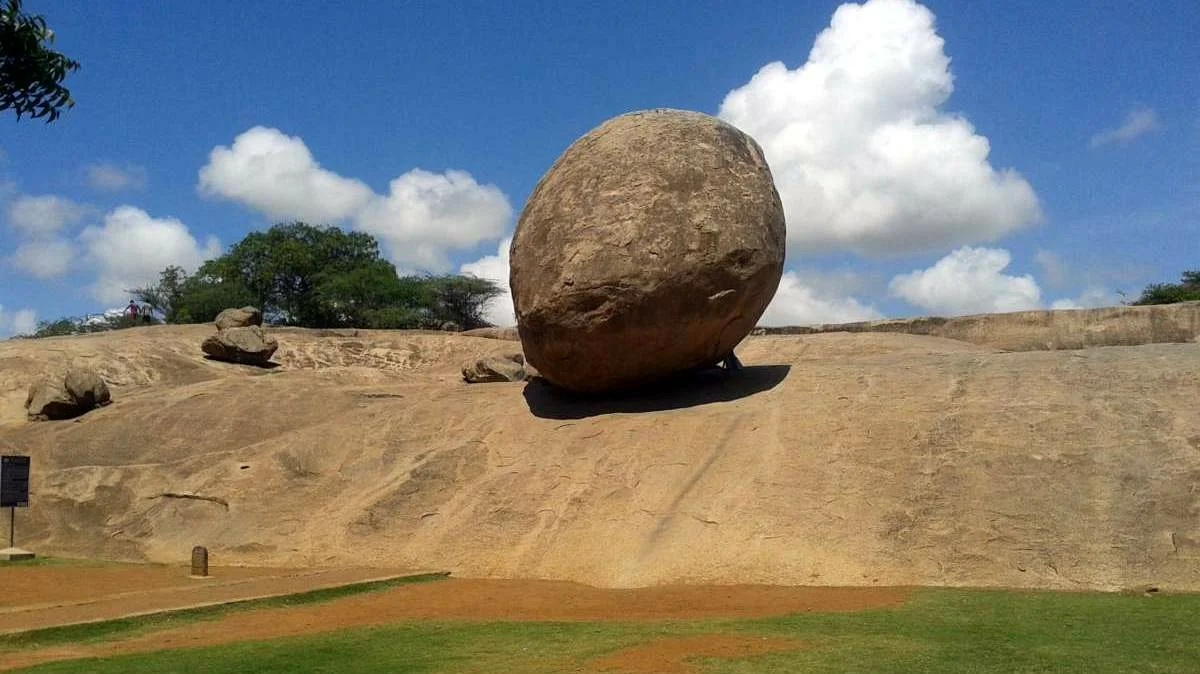 Let’s see how the “Krishna Butter Ball” stands on a hill. The point of contact with the earth is less than 1.2 meters square. Even a layman knows that a broad foundation is important for the structure to last longer. Just imagine that in such an area you built a three-story building without a foundation, and even on a hill! 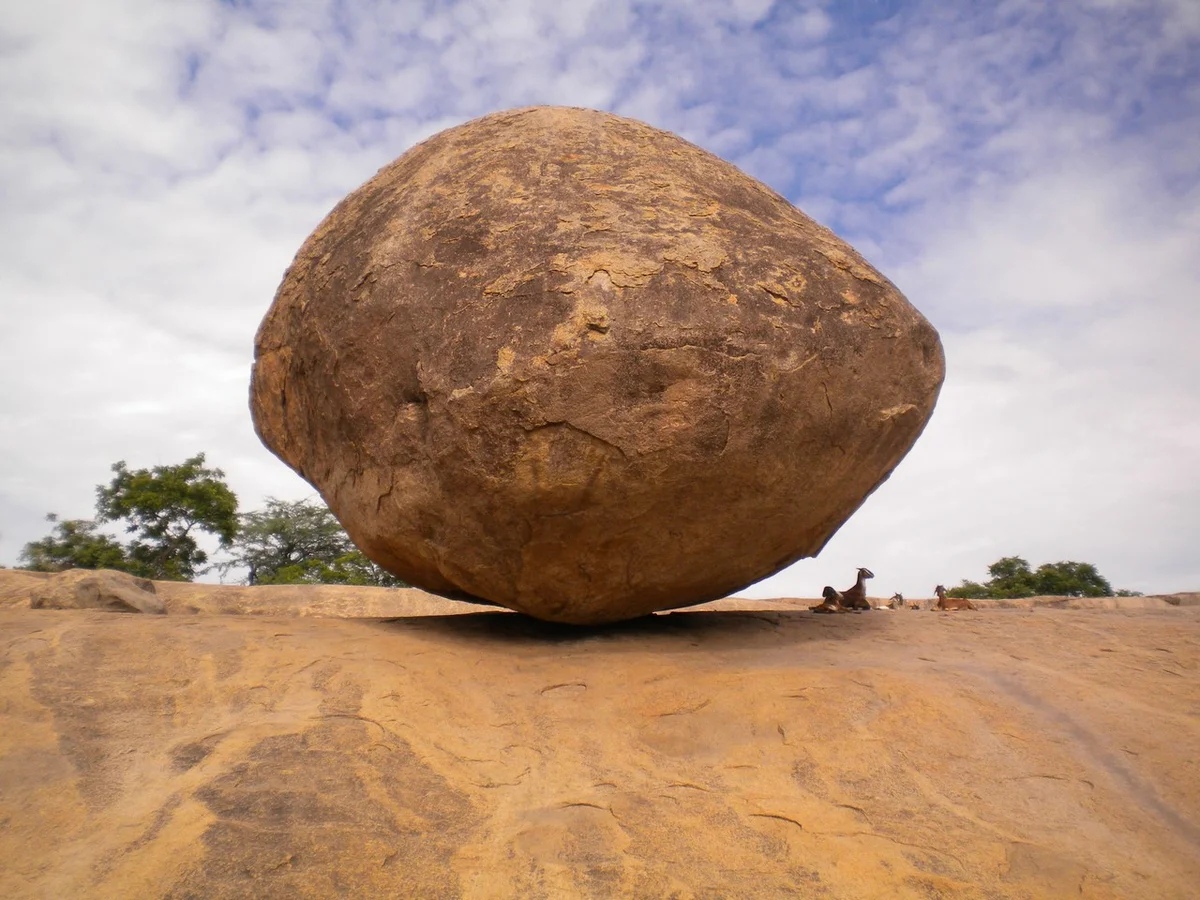 The original name of this stone is “Vaan Irai Kal”. In Tamil, the native language of the area, it means “Stone of the God of Heaven.” The Krishna Butter Ball is just one of the few reminders of ancient technology in Mahabalipuram. There are many other mysterious structures in this place. Regardless of who placed the “Krishna Butter Ball” here, this gigantic boulder will be for us and our descendants a constant reminder that our knowledge and understanding of history is still incomplete. 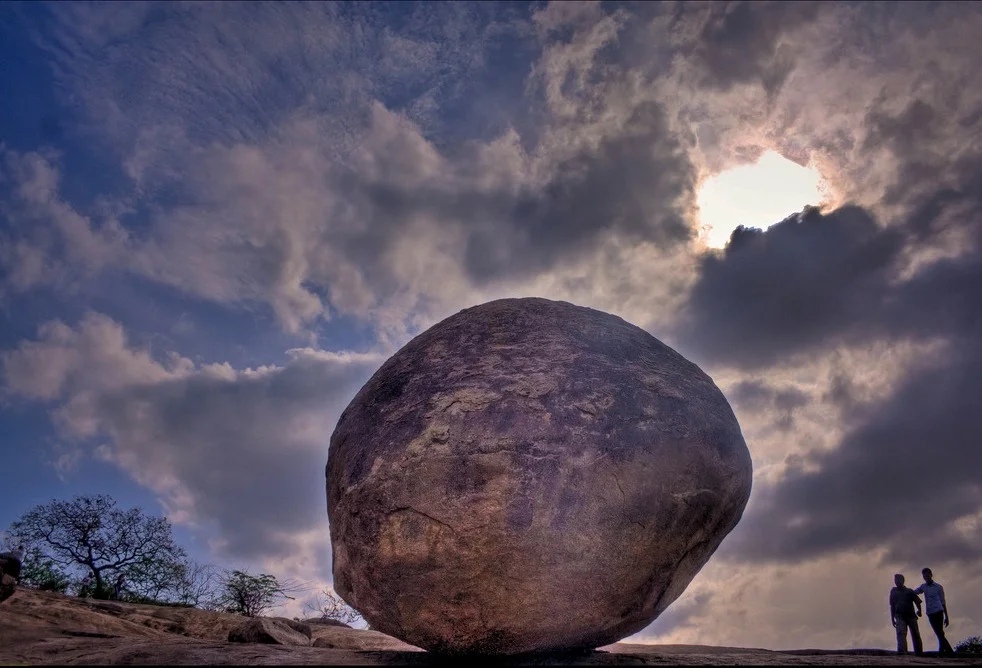 Today Krishna’s Butter Ball is a popular tourist attraction. Visitors to the site love to try to get behind the stone and try to push it down the hill. So far no human power has been able to budge the buttery boulder.

Advertisement. Scroll to continue reading.
In this article:Krishna, Mahabalipuram