The robot rover Opportunity (MER-B), active on the planet Mars since 2004, communicated for the last time with Earth on June 10. A strong dust storm that spread across the red planet blocked the sun and deprived the rover of solar energy, putting it in an inactive mode.

On Sept. 11, NASA’s Jet Propulsion Laboratory said the optical depth had dropped to a level low enough to allow enough sunlight to reach the rover for power. At that moment, a procedure known as “active listening” was activated , in which the commands were transmitted to the robot in case it could not be activated and to be able to hear some response.

After more than a month, Opportunity has not responded to those commands, and active listening will soon be over. As explained by NASA, if no response is received after 45 days, the team will be forced to conclude that the dust and Martian cold has caused some kind of failure of which the rover probably will never recover, It will be the death of Opportunity.

But on November 15, the Deep Space Network (DSN), an international network of radio antennas that serve as support for spacecraft interplanetary missions, received a signal that came from Mars, so that the space agency thought it was Opportunity. However, NASA discovered that the mysterious signal was not sent by the rover.

The Opportunity tracking team has been waiting patiently for the rover to wake up again, when a signal that seemed to have been sent by Opportunity was detected by the Deep Space Network (DSN) on November 15. After investigating the origin of the signal, NASA’s Jet Propulsion Laboratory revealed that it did not really come from Opportunity.

“Today, the Deep Space Network showed what looked like a signal from the Opportunity rover , “NASA’s Jet Propulsion Laboratory wrote on its Twitter account . “As much as we would like to say that this was a ‘call home’, subsequent research shows that these signals were not an Opportunity broadcast.” 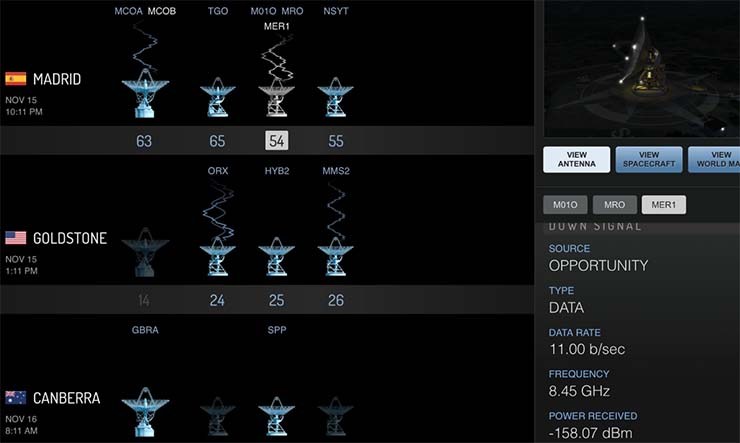 And if it was not Opportunity, what or who sent the mysterious signal? How could it be otherwise after the publication of the tweet, many users said that it was a signal sent by an intelligent extraterrestrial civilization from the red planet.

And is that there are many conspiracy theorists who have long claimed that there is intelligent extraterrestrial life on Mars, and ensure that space agencies such as NASA are well aware of this fact. They are based mainly on evidence found in the images sent by the different rovers that examine the Martian soil.

In addition to the mysterious artifacts , strangely similar to those on Earth, the most important revelation that seems to confirm the existence of extraterrestrial life on Mars came from NASA last June. The US space agency said it discovered ancient organic matter and a mysterious presence of methane on the Martian surface .

It is for this reason that scientists at NASA’s Jet Propulsion Laboratory have been forced to give an explanation. According to the researchers, the mysterious signal is a “false positive”. Test data or false positives can make it appear that a given spacecraft is active.

“It has happened to us before, it could be a signal issued from the MRO (a spacecraft that orbits Mars) that uses a frequency that is very close to the Opportunity signal ,” the Reaction Propulsion Laboratory explained on Twitter . “We miss Opportunity, and would be happy to share a verified signal. Our work to restore communications continues. “ 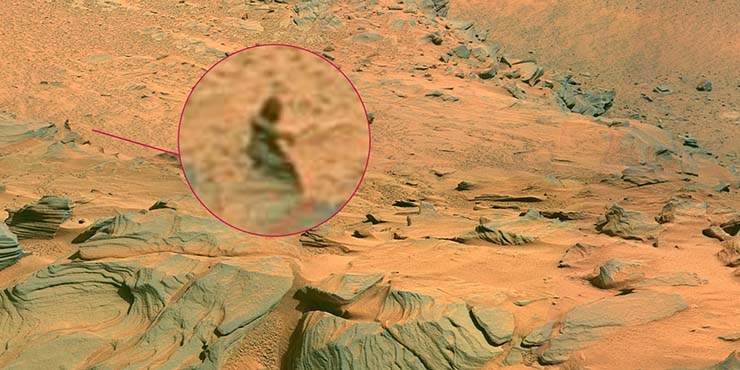 However, this explanation has not prevented many people from claiming that NASA is continually lying to us and that it is covering up the truth , that intelligent extraterrestrial civilizations on the red planet are trying to communicate with us.

Does NASA hide the truth about the mysterious signal? What is really happening on Mars?