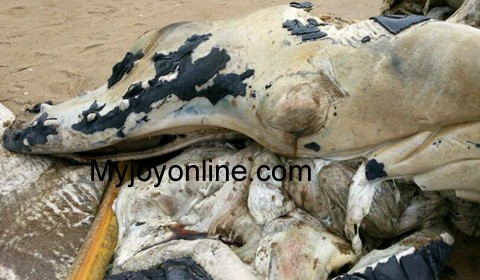 A huge mammal has been found at the shores of the Asanta Beach in the Jomoro District of the Western Region. The mammal is reported to weigh between six and eight tonnes.

The decomposed sea creature was washed ashore about three days ago but residents, who are mostly fishermen, say they can only bury it on Tuesday since that is the only time they do not go fishing.

According to residents, the stench emanating from the mammal is disturbing and makes it hard to for them to breathe.

A business man, Isaac Bentum Williams who was at the shore said the mammal may be an endangered species which requires further studies by scientists and researchers.

He said vultures have already started feeding on the intestines of the creature which is already rotting. 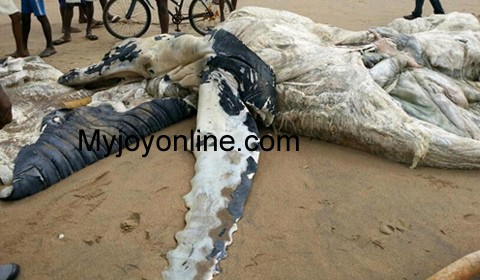 Advertisement. Scroll to continue reading.
In this article:Creature, Jomoro beach 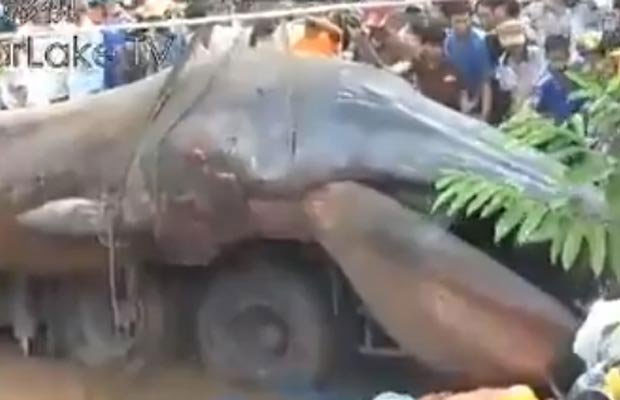 Creature from the deep: Strange sea-monster corpse found on coast of Vietnam

In video footage, the carcass of the enormous creature from the deep is seen being raised onto a large truck in front of hundreds... 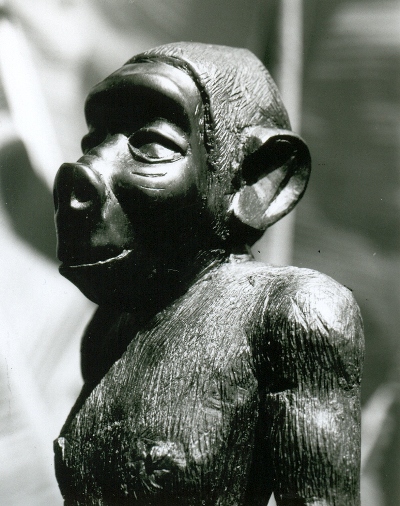 Botswana is one of the most sparsely populated countries in the world, and up to 70% of the country is covered by the Kalahari Desert. On Friday, May...