On Wednesday evening 27 November 2019, the citizens of Edmonton (Alberta, Canada) were amazed by the presence of a gigantic ray of light that seemed to be projected by a huge sphere of light that was located near the oil refinery. 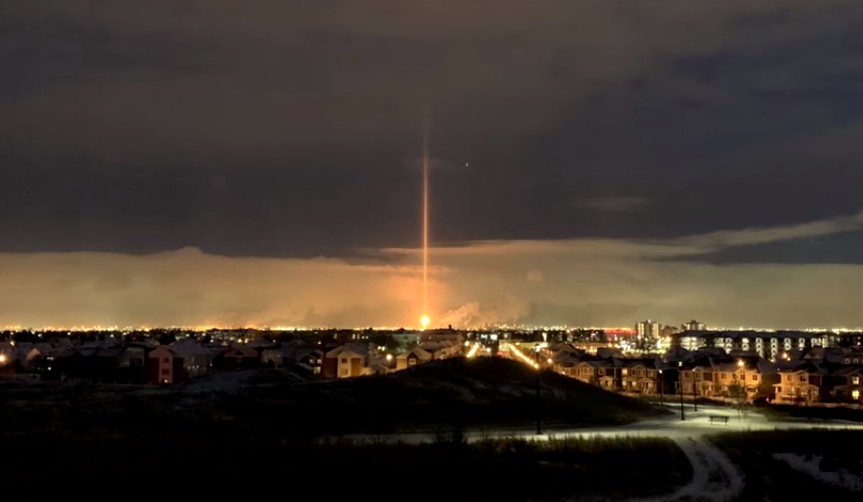 This mysterious ray of light caused panic among the people to attack the switchboards of the fire brigade and the police. According to local media, the strange phenomenon was seen for the first time around 7:00 pm and remained visible for hours.

As often as it happens with such events, many people have published photos of the mysterious pillar of light on social networks and have speculated about its origin. And among the most popular theories was that the lightning was evidence of an alien invasion.

Welp, it’s been a good run but it looks like the Apocalypse is nigh.
.
.
.
.
.
(Yes, I know it’s the flare at the @EPCOR Gold Bar plant but it looks damn spooky) #yeg #yegwx pic.twitter.com/EXl8dLvwdS

However, the most skeptical, expressed concern that the strange light came from a disaster of some kind and continued to report it to the fire department, which offered an alternative explanation via Twitter for what people saw in the sky.

light pillars! Looks to be a refinery throwing up some light that’s refracting off the ice crystals in the air to create that bright spire. #yegwx https://t.co/6Gy8D5299h 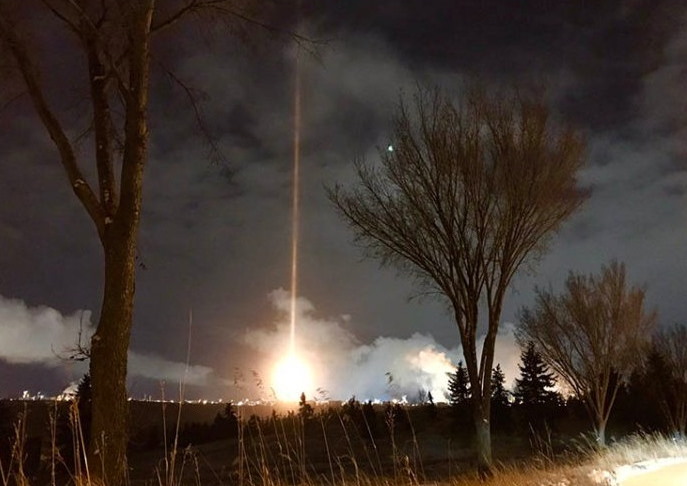 According to the official version, the ray of light was neither of extraterrestrial nor demonic origin and had a much less sinister explanation. The fire brigade then wrote on Twitter that: “it was established that it could be a controlled fire at the Imperial Oil refinery in Strathcona, which will continue for the next 48 hours”. 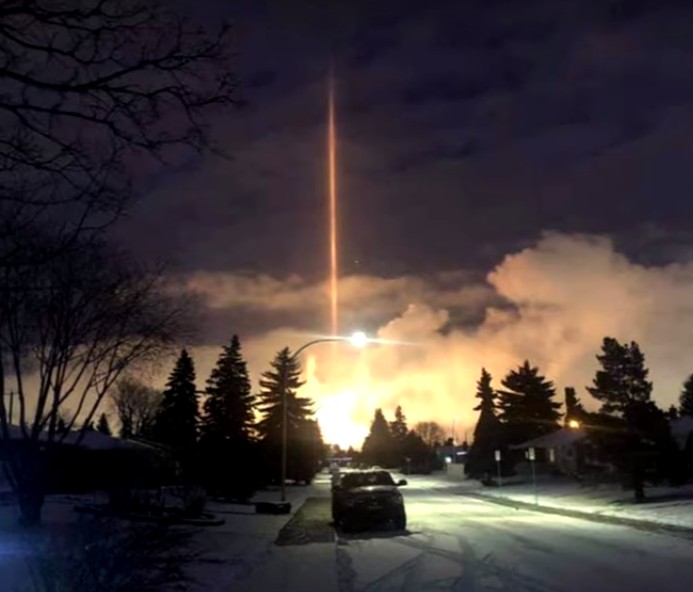 According to CBC News, it would have been a type of incineration used to safely burn additional gases that cannot be used. Strathcona is an oil refinery located just outside Edmonton. The refinery fire was to last 48 hours in total and could be seen west of Parkland County. Although some citizens of Edmonton thought it was an extraterrestrial activity, others knew exactly what was happening when they saw bright light in the sky. 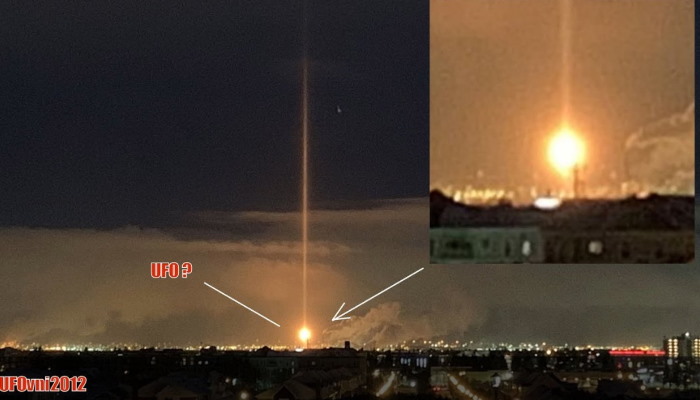 But this explanation did not prevent some conspiracy theorists from insuring that it had nothing to do with the Strathcona refinery, since as a general rule any unusual activity in its facilities was communicated in advance. For what they believe the Canadian authorities are trying to hide what has happened, that the light beam is of extraterrestrial origin, be it a sort of signal or the landing of an alien ship.

In this article:Canada, ray of light