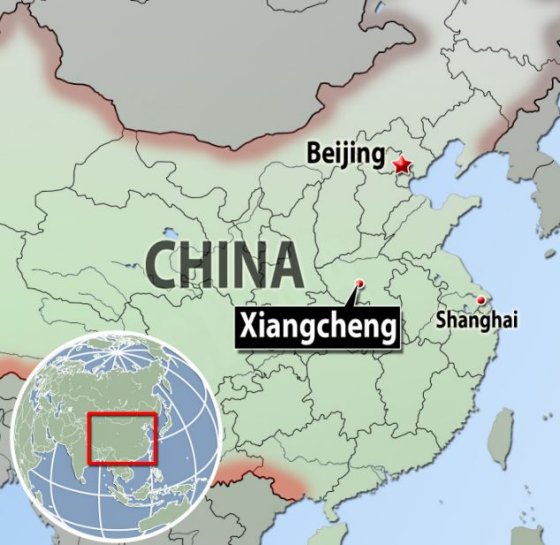 MessageToEagle.com Archaeologists have made yet another incredible discovery.

What happened next is somewhat of a mystery and archaeologists have begun an investigation.

The tomb was unearthed on October 10, October 10 on a construction site in a two meter deep hole in the ground in the in Xiangcheng city, central Henan province,  China.

Inside the tomb were three coffins. Two of the coffins contained remains bodies that had reduced to skeletons.  The third coffin contained a mummy that had an unusually well-preserved body. 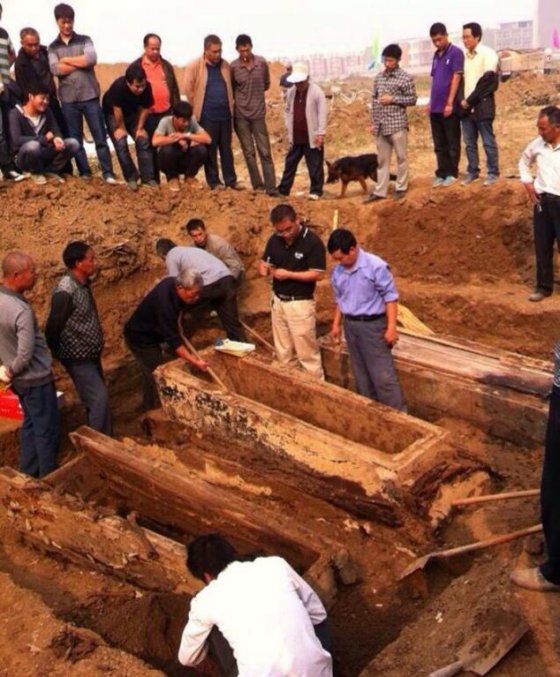 There were three coffins inside the tomb. One of the coffins contained a very well-preserved mummy.
Clothes on the body of the 300 year-old perfectly preserved mummy indicate he was a very senior official from the early Qing Dynasty. 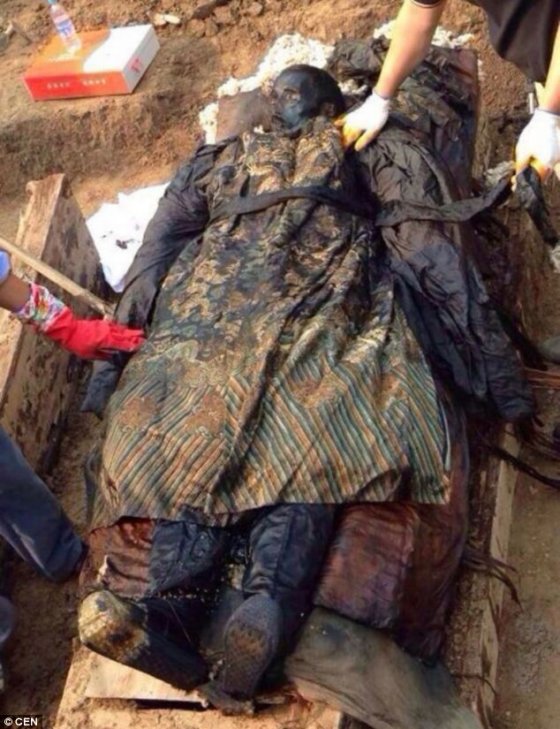 Historian Dong Hsiung said: ‘The clothes on the body indicate he was a very senior official from the early Qing Dynasty. What is amazing is the way time seems  to be catching up on the corpse, ageing hundreds of years in a day’
For the time being it remains unclear how it was possible to keep the body so well-persevered for 300 years.

Professor Dong said: ‘It’s possible the man’s family used some materials to preserve the body, but that once it was opened the natural process of  decay could really start.

‘We are working hard though to save what there is.’

Now, experts must keep on investigating and try to solve this 300-year-old puzzle. 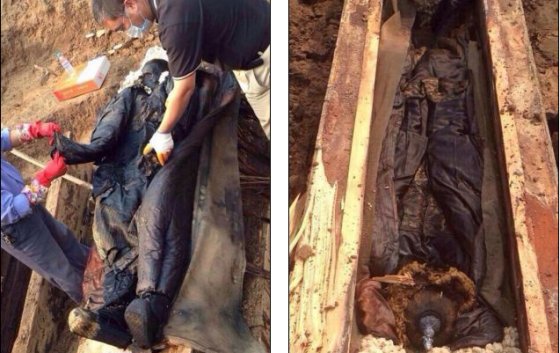 When the coffin was opened by historians at Xiangcheng said the man’s face was almost normal but within hours it had started to go black,  and a foul smell had appeared
According to Dr Lukas Nickel, a specialist in Chinese art and archaeology at SOAS, University of London, “the Chinese did not do any treatment of the body to preserve it as known from ancient Egypt, for instance.  They did, however, try to protect the body by putting it into massive coffins and stable tomb chambers.  So the integrity of the physical structure of the body was important to them. In early China, at least, one expected the dead person to live on in the tomb.” However, it is not the first time almost perfectly preserved mummies have been unearthed in China.

If the corpse was put in a lacquered coffin, covered in charcoal , which was common at the time bacteria would have been unable to get in.

Dr Nickel added that if this was the case, as soon as air hit the body, the natural process would be for it to turn black and quickly disintegrate.

However, historian Dong Hsiung proposes an alternative theory for the preservation of the deceased.  “It’s possible the man’s family used some materials to preserve the body,’ he said. ‘Once it was opened the natural process of decay could really start.’

We are working hard though to save what there is.

This is no the first time almost perfectly preserved mummies were found in China.

In the late 1980’s, several well-preserved mummies were discovered in the  mysterious Takla Makan desert.

The perfectly well-preserved mummies are estimated to be at least 3000 years-old. The corpses reveal that the people had long reddish-blond hair,  European features and didn’t appear to be the ancestors of modern-day Chinese people. Archaeologists now think they may have been the citizens of  an ancient civilization that existed at the crossroads between China and Europe 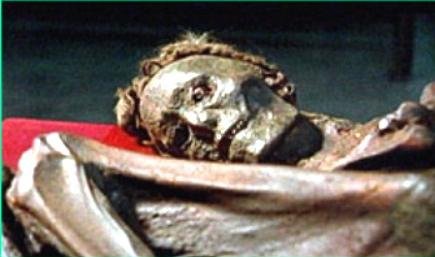 A Tocharian man with red-blond hair; his clear European features still visible after nearly 3,500 years in his desert grave in Taklamakan.
The Qing Dynasty, and the preceding Ming Dynasty, are known for their well-preserved corpses.

In 2011, a 700-year-old mummy was discovered by chance in excellent condition in eastern China.

The mummy was wearing traditional Ming dynasty costume, and in the coffin were bones, ceramics, ancient writings and other relics. 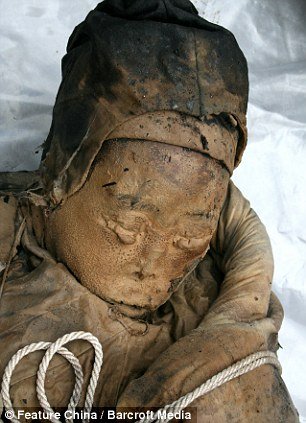 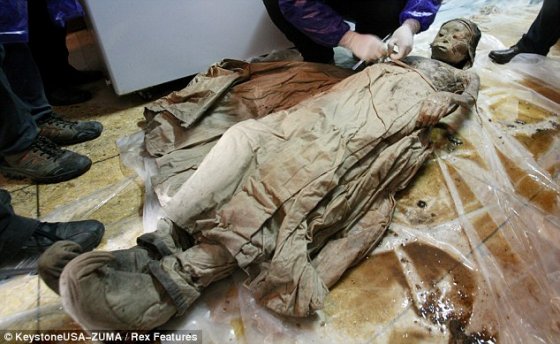 The astonishing 700-year-old mummy was found in the city of Taizhou, in Jiangsu Province in 2011
Director of the Museum of Taizhou, Wang Weiyin, said that the mummy’s clothes were made mostly of silk, with a little cotton.

Researchers hope the latest finding could help them better understand the Qing dynasty’s funeral rituals and customs, as well as more about how bodies  were preserved.

These types of well-preserved ancient mummies can give us many more clues to the knowledge and practices of the ancients.

In this article:Archaeology, China, Qing Dynasty