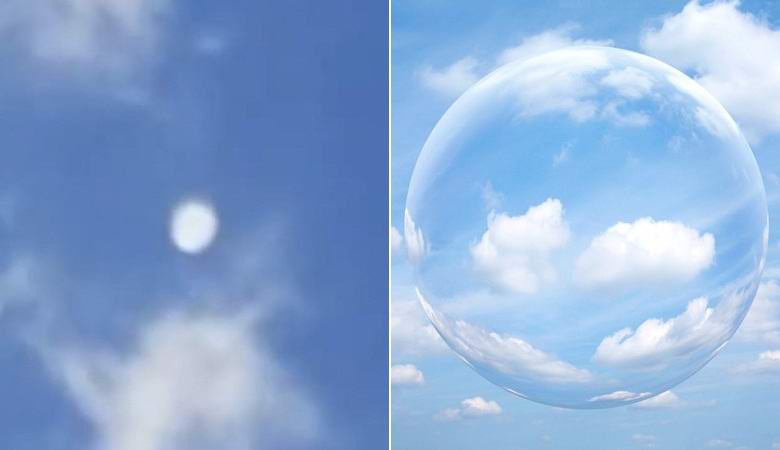 The following video, published recently on YouTube by Mexican ufologist Pedro Ramirez, was received on April 8 of this year in the US city of Stephenville, Texas. It is reported that a group of local residents suddenly saw in the sky a strange anomaly and captured it on the camera of a smartphone.

Video shows a strange white object flying among rare clouds on daytime sky. UFO are suspiciously similar to some mysterious sphere that does not fit into the framework of ordinary celestial phenomena.

Some netizens stated that this is just a small cloud. However, such a theory does not hold water. Firstly, it is unlikely that nature has created a perfectly smooth spherical cloud. Secondly, the clouds are not so dense and do not have clear boundaries.

Pedro Ramirez and many of his colleagues expectedly concluded that this was an aircraft of representatives of an extraterrestrial civilization. According to ufologists, most of these “alien guests” are UAVs, controlled from distant space, and they can be the most bizarre forms and states, including disguised as clouds.

Such drones study our Earth, ufologist says. They collect various samples and data, but do not affect people’s lives in any way. Why all this is necessary for aliens, remains a mystery to researchers.

In this article:celestial phenomena, mysterious sphere