A thirteenth- or fourteenth-century Thule ivory carving from southern Baffin Island in Canada should hardly surprise anyone. After all, the Thule Inuit did dwell in this place at that time. But when Debora Sabo dug up the carving pictured above in 1972 she was understandably jolted by her discovery, so much so that she dedicated an entire article to it. The shock is the subject of the ivory statuette. Our medieval Inuit has carved a non Inuit visitor of some description to the far Canadian north: that much is certain as the carving is utterly unlike an Inuit portrayal of Inuit. But who is this individual and where does he come from? The man in question is wearing a long tunic with a border along the bottom and with a split at the bottom. There is also a cross hanging down over the chest or even emblazoned on the front of the tunic. The man is hooded, a sensible precaution on Baffin Island, and looks as if he has a fencing mask on. 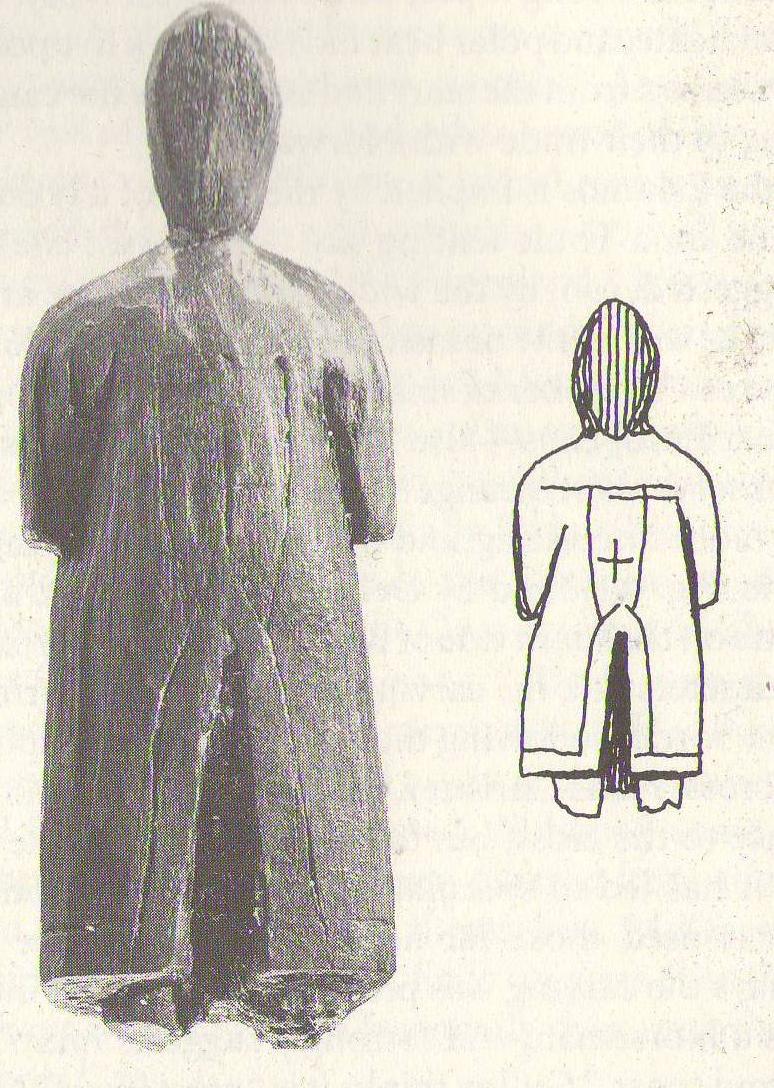 The fun begins here then. Who the hell is this, messing around in Canada in the thirteenth or fourteenth century? We must be dealing with a European and the most common European visitors to this part of the world were, of course, the Greenlanders. After all, the Greenland Vikings were still at this date travelling to Canadian soil in search of timber and perhaps for reasons of trade. So was this a Greenland Viking? The wanw Kirsten A. Seaver in her superlative The Frozen Echo tries to bring together different views on the object.

Hans Christian Gullov says we should not assign too much significance to the cross, but taken together with the rest of the unusual costume, it has led to speculation about whether other Europeans besides the Norse used those far northern waters in the Middle Ages. Schledermann says the carving was probably made by an Inuk, ‘undoubtedly’ represents a Norseman, and ‘strongly suggests Inuit/ Norse contact on the Baffin Island coast’. Gullov thinks it is ‘most likely’ Norse and from the thirteenth or fourteenth century. Gwynn Jones is less specific, saying it ‘appears to represent a man dressed in European clothes.’ McGhee agrees that it was almost certainly carved on Baffin Island, because it is very different from the conventional style in which Greenland Eskimos depicted Norsemen. Guy Mary-Rousseliere notes that this kind of long, hooded robe was common enough in the thirteenth and fourteenth centuries, also in Greenland, but the horizontal line drawn just below the shoulders suggests chain mail. As for the cross, he says that Scandinavian Christians sometimes wore one on their chests in the period A.D. 1000-1300, while medieval religious or ecclesiastical costumes in Western Europe rarely included a cross, except for the religious and military orders such as the Templars.

That last word is terrifying given some of the delirium that has been written about supposed Templar trips to the New World in the wake of persecution. Seaver herself later came up with her own theory. She suggests that it is actually a Greenland woman, possibly a pregnant woman, the split at the bottom made to facilitate walking. It sounds stupid, perhaps, but compare the above with two other Inuit carvings that are almost certainly of Greenlanders. Notice particularly the woman on the left and imagine her ‘with child’. 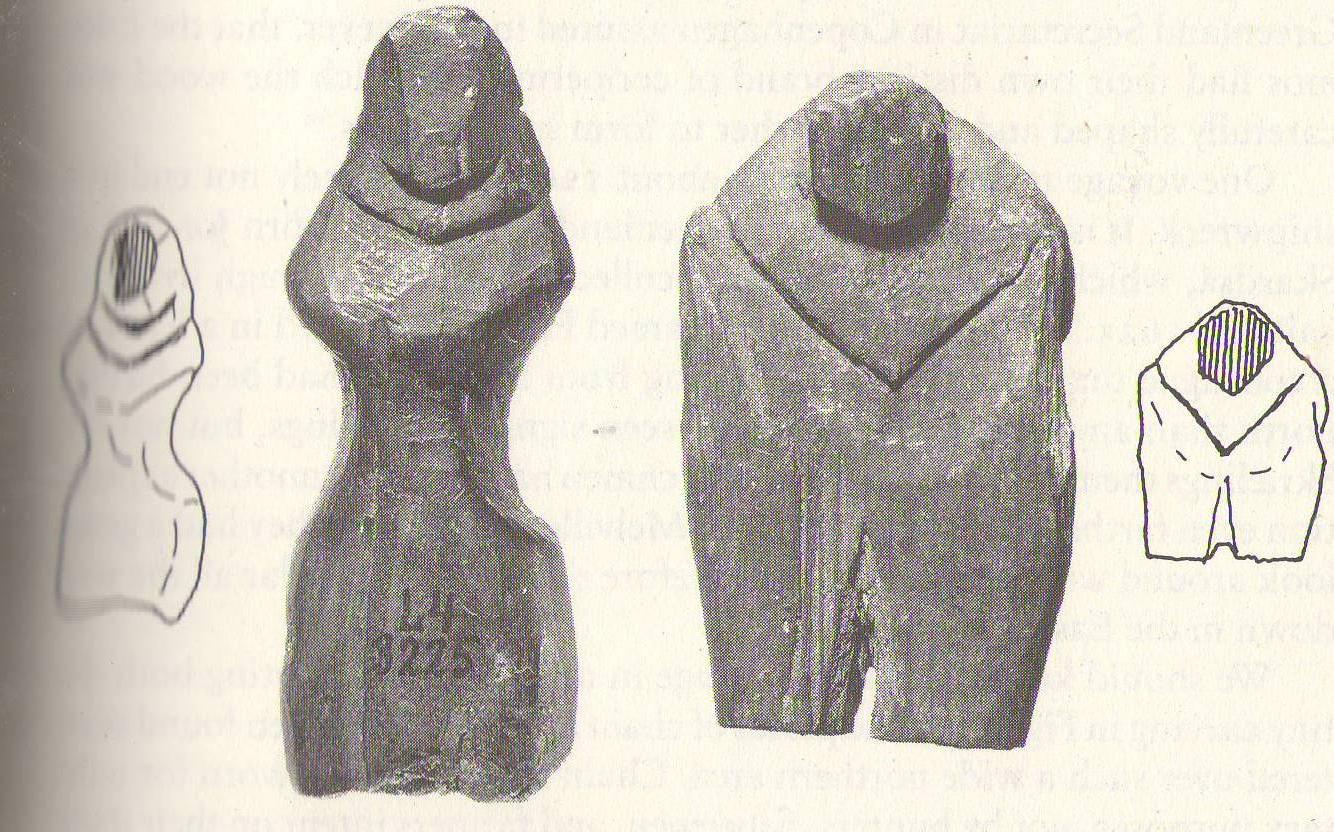