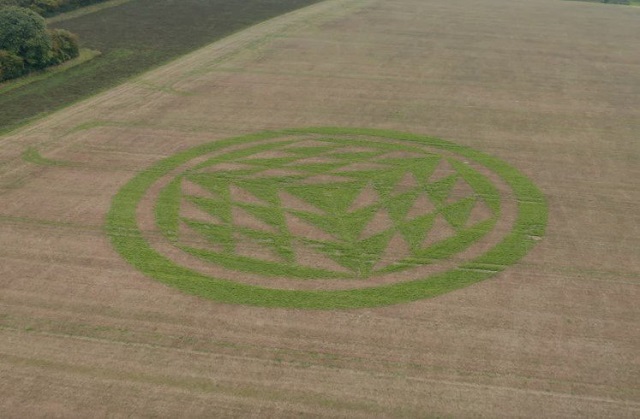 Astonishing aerial footage shows a crop circle which is a completely different color to its environment, reports earthfiles.com.

While crop circles are generally thought to be the work of artists rather than alien visitors these days, the phenomenon can still attract some interest, and this recent example is no exception.

This big, complicated formation first appeared on July 16, 2019 in a field near Tichborne, Hampshire-an evening on which a partial lunar eclipse occurred.

What is especially interesting, though, is what three months later this same formation looked like.

Video recorded on October 23rd through the use of drone shows that the circle is not only still visible, but appears bright green in stark contrast to the dull autumn tones of the rest of the field in which it is located.

The phenomenon was called a’ crop circle ghost.’ So why is the pattern such a deep green color compared to the rest of its area?

The grass in the circle seems to have grown at a faster rate for whatever reason.

Below you can see video of Stonehenge Dronescapes ‘ courtesy phenomenon.

You can watch a video of what it looked like in July by clicking here.

In this article:crop circle ghost, Hampshire 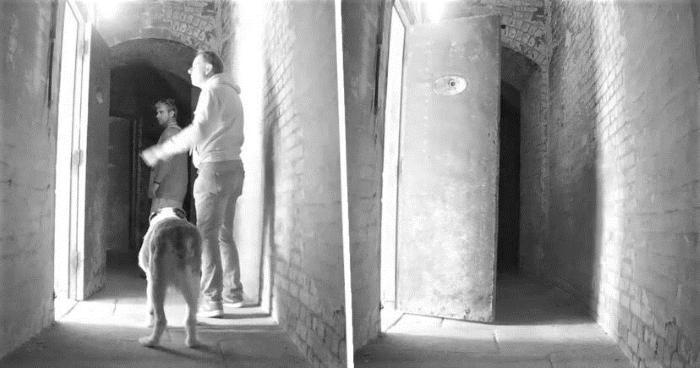 Ghost in an abandoned fort: British filmed a paranormal phenomenon

Tony Ferguson and Paul Kissell, whose hobby is exploring abandoned buildings, managed to film the paranormal. According to friends, they were lucky enough to...