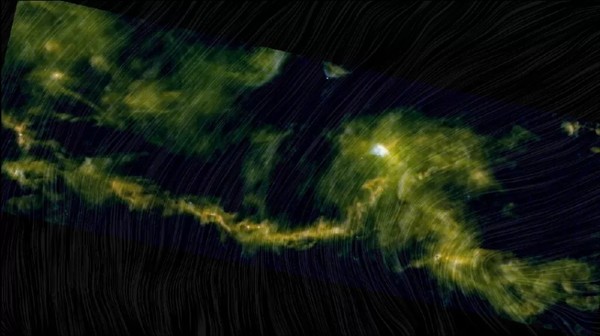 The most powerful particle accelerator is located in our galaxy and shoots dangerous high-energy cosmic rays at us.

Astronomers have long wondered where high-energy cosmic rays originate in our galaxy and now, new observations reveal a likely candidate.

What are cosmic rays?

Cosmic rays are not rays at all, but rather tiny particles moving through the universe at almost the speed of light. They can be composed of electrons, protons, or even ions of heavier elements. They are created in all sorts of high-energy processes throughout space, from a supernova explosion to a merger of stars or when a black hole sucks in gas.

Cosmic rays come in a wide variety of energies, and generally speaking, higher-energy cosmic rays are less common than their lower-energy cousins. This ratio changes very slightly at a certain energy – 10 ^ 15 electron-volts. The electron volt, or eV, is simply the way particle physicists like to measure energy levels. For comparison, the most powerful particle collider on Earth, the Large Hadron Collider CERN, can reach 13 X 10 ^ 12 eV, which is often referred to as 13 teraelectronvolts or 13 TeV.

Cosmic rays with energies above 10-15 eV are much less common than one would expect.

This led astronomers to believe that any cosmic rays at this energy level and above come from outside the galaxy, while processes in the Milky Way are capable of producing cosmic rays up to 10-15 eV inclusive.

Anything that creates these cosmic rays is more than 1,000 times more powerful than our best particle accelerators, the natural PeVatrons that roam the galaxy.

Where in the Milky Way are cosmic rays formed on the PeV scale?

Despite their energy, it is difficult to determine their origin. This is because cosmic rays are made of charged particles, and charged particles traveling in interstellar space react to the magnetic field of our galaxy.

Thus, when you see a high energy cosmic ray emanating from a certain direction in the sky, you really have no idea where it actually came from – its path was curved during its journey to Earth.

But instead of looking for cosmic rays directly, we can look for their relatives. When cosmic rays accidentally hit a cloud of interstellar gas, they can emit gamma rays, a high-energy form of radiation. These gamma rays travel through the galaxy in a straight line, which allows us to directly determine their origin.

Therefore, if we see a source of strong gamma radiation, we can search for nearby sources of PeV cosmic rays.

In a recently published astronomical article, astronomers have discovered a gamma-ray source in excess of 200 TeV, which can only be created by more powerful cosmic rays – forms of cosmic rays that reach the PeV scale.

Several common putative sources of high-energy cosmic rays are within a few thousand light years of HAWC J1825-134, but none can easily explain the signal.

For example, the galactic center itself is a well-known generator of intense cosmic rays, but it is too far from HAWC J1825-134, so it has nothing to do with these measurements.

There are some supernova remnants, and supernovae are undoubtedly very powerful. But all supernovae in the HAWC J1825-134 region exploded long ago – too long ago to create these high-energy cosmic rays now.

Pulsars – the rapidly rotating dense remnants of the cores of massive stars – also produce massive amounts of cosmic rays. But they are also too far from the source of gamma radiation – the energies of the electrons and protons emanating from the pulsar are simply not high enough to travel thousands of light years to the place where the gamma rays are emitted.

Surprisingly, the source of these record-breaking cosmic rays turned out to be none other than a giant molecular cloud. These clouds are gigantic clumsy creatures filled with dust and gas that roam the galaxy. They sometimes shrink and turn into stars, but otherwise they can remain calm for billions of years. Without causing a serious threat to anyone – and hardly even noticeable if you don’t have good infrared telescopes – this is the last place you expect to find such insanely high energies.

The cloud complex contains a cluster of newborn stars, but even the brightest young stars are not considered powerful enough to launch such cosmic rays.

The researchers admit they don’t know how this cloud does it, but somehow it generates some of the most powerful particles in the entire galaxy.

In this article:Cosmic rays, gamma radiation 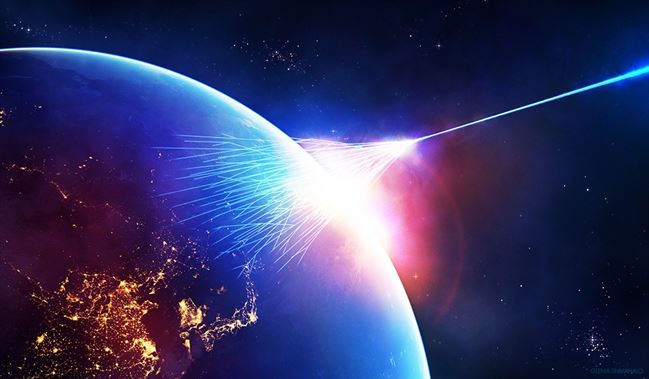