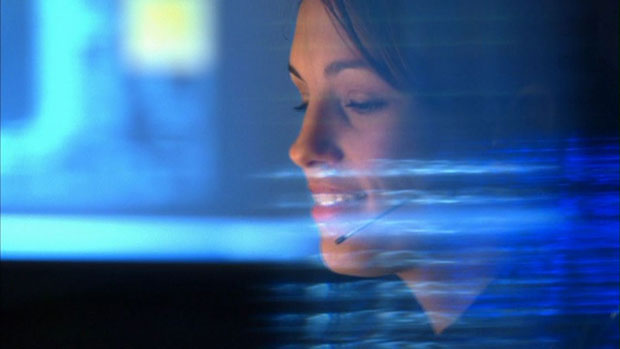 
A Florida woman says that little blue lights invisible to the naked eye have taken over her house. The lights are visible through the lens of a camera.

The woman, who opted not to reveal her identity, captured footage showing the moment when round little lights the size of a pea, mostly of blue color, fly freely across her living room in an insect-like pattern.

She first saw them on a photo she had taken of someone in her home, but she thought it was just a reflection. So she moved the camera around and that’s when she realized the house was full of them.

And while at first sight the phenomenon appears to be just dust particles, John Bomhoff, who has been a videographer and editor for over 30 years, says he has never seen anything like this.

“An old friend of mine that I will call Sally came to my studio. She prefers not to reveal herself right now because she doesn’t want any personal attention brought to her or to her home,” Bomhoff said. “She just wants an explanation of what is starting to appear on her cell phone. She came to me thinking there was a logical explanation, like something involving cell phone pixel charges or lenses reflection or something like that,” he continued.

Reportedly, Sally had used a different cell phone and she kept getting the same results.

“The tiny blue dots of light appear randomly, and they are always moving quickly, I call them Blue Picketts,” the videographer explained.

At first, he says, he thought the lights were just some sort of bioluminescent insect, but he quickly dismissed that theory when Sally mentioned that they were invisible to the naked eye.

The lights also taken random turns and don’t seem to be afraid of the camera. One of the lights is studied by Bomhoff as he finds out more about its body mass. Credit: John Bomhoff/Sally/YouTube

“That’s a more disturbing fact, they either move across the screen or at angles toward the camera.”

He figured that maybe “only the front half of this organism or particle glows”.

“How could I prove that? One way would be if one of them turned away from the camera in mid-travel. I just needed one that seemed to go dark in mid-travel. I looked, nope. There were no obvious cases of the particles suddenly going dark,” he explains. “It appears that they glow over, travel fast in straight lines, with occasional sudden turns and never away from the camera.”

But what if, Bomhoff theorizes, the camera wasn’t what the lights are attracted to? What if the attraction was actually Sally, the homeowner?

“What are the picketts themselves? Animal, vegetal or mineral? I moved in as close as my software would take me, which was 600%, and this is what emerged: the Samsung camera, like most cameras, shoots at approximately 30 frames per second. Most of the images are very spherical, except when they are moving very fast. This photographic trait is called motion blur.”

He found out that something was also moving inside the lights. Something, he says, more substantial and capable of encapsulating the seemingly gas-like shell of these organisms.

“These things have mass, it’s probably a tiny amount, but they are real. If you look at this frame in the middle of the turn…in the outside of the turn there is a clear rounded mass. It’s almost like centrifugal forces throwing it against the side.”

So Bomhoff decided to bring in his professional equipment. But the lights were not there anymore.

“I definitely do not doubt their existence. I saw the footage. But it was much warmer and drier,” he said.

He believes that the lack of “Blue Picketts” is some “sort of very small flying insect that disappears with warm dry weather”.

“I have no theories as to why they only show up on Sally’s phone. We will try again in the Fall.”

Bomhoff is asking for help trying to identify these “mysterious” blue lights.

In 1994, a similar phenomenon was discovered by Jose Escamilla while trying to film a UFO in Roswell, New Mexico.

The “air rods”, as researchers later referred to the oddity, are highly controversial as many believe there is proof that they are just flying insects traveling at high speed creating an optical effect.