16-year-old Georgina Heap observed the peculiar phenomenon for three minutes before it disappeared.

The black ring appeared in the sky over Leamington Spa on Friday evening while Georgina was outside playing tennis with her mother.

Grabbing her iPhone she filmed the ring for three minutes before it vanished. Her footage has generated a great deal of interest since appearing online and nobody is quite sure what to make of it. “It’s a truly bizarre image,” said former MoD UFO researcher Nick Pope. “It looks like a smoke ring, but I can’t see where it could have come from.”

Other theories put forward include the suggestion that the ring could either be a swarm of insects or some form of rare meteorological phenomenon.

Advertisement. Scroll to continue reading.
In this article:Ring 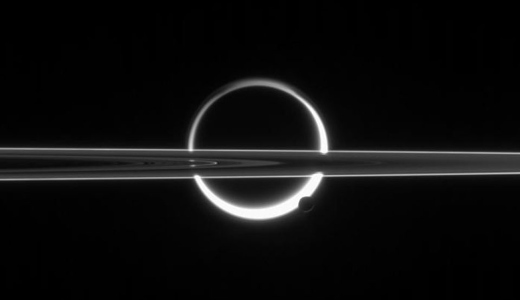 While browsing some NASA images of the Apollo 8 Mission I noticed a large object in our solar system that looks like a space...