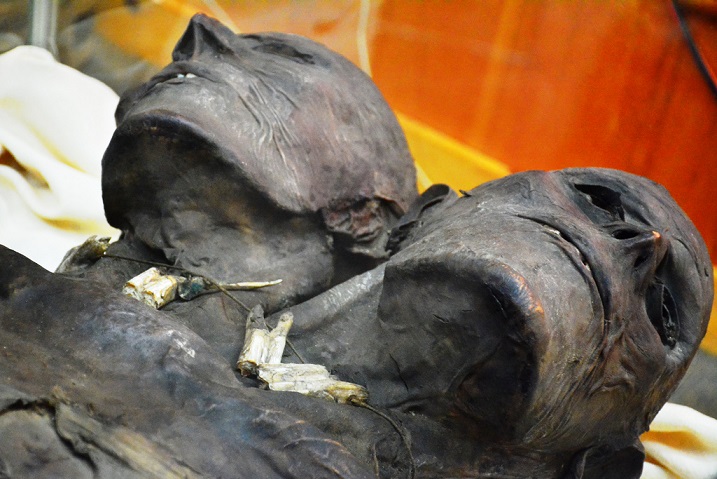 In the course of their work, archaeologists often find ancient texts in which there is evidence of the existence of giants on Earth. However, it is quite possible that you never knew about the two-headed 3.5-meter giant from Patagonia.

Unfortunately, there are many different fakes in the world, which are massive bones and strange large skeletons, but there are finds that challenge our understanding of life on Earth. The story of “Cap-Two” is amazing, and many find it hard to believe.

In 1673, the massive two-headed giant was captured by Spanish sailors, where he remained captive until he tried to escape and was killed with a lance in the chest. In the 19th century, the giant’s mummified remains were shipped to England.

In 1914, after being passed from one showman to another, Cap Two’s mummified remains ended up at Weston Pier in Birnbeck. There, his remains were exhibited to the public for about 45 years, until in 1959 Lord Thomas Howard purchased the dried remains.

Cap Two continued to amaze people and somehow ended up in Baltimore, in a bizarre collection at the Bob’s Side Show at The Antique Man Ltd in Baltimore, owned by Robert Gerber and his wife.

You might think this is another clever fake. However, Cap-Two does exist, and his mummified remains can be found in the Gerber collection.

Remarkably, a completely different story was heard from Gerber’s mouth regarding the origin of the remains.

According to Gerber, Cap Two was indeed found dead on the beach with a massive spear in his chest. The body was mummified by locals in Paraguay, not Patagonia, until an English captain named George Bickle stumbled upon his remains, and then transported him to England, to a museum in Blackpool, where he remained on display for several years. Then the mummified remains of the giant were transported back to America, to Baltimore.

It is possible that people of gigantic proportions could exist, and it is possible that they still exist. There are many fake giant skeletons on display around the world. However, this does not mean that all discovered giants are fake.

You can find many ancient texts and testimonies that talk about the existence of giants. Some of these texts can even be found in religious books such as the Bible.

“There were giants on the earth in those days; and after that, when the sons of God came to the daughters of men, and they bore them children, they became men of power, who were in ancient times, people known ”(Genesis 6: 4).

According to Genesis 6: 4, the Nephilim are believed to have been the descendants of the “sons of God” and “daughters of men” before the Flood. This name is also used to refer to the giants who inhabited Canaan during the Israeli conquest.

“And there we saw the Nephilim, the sons of Anak, who were descended from the Nephilim; and we were like grasshoppers in our eyes, and therefore we were in their eyes. ” – Numbers 13:33.

Cap-Two, perhaps, actually existed, and people of huge stature are far from uncommon for our Earth. And the fact that the giant had two heads, the appearance of “Siamese twins” suggests that this is possible.

The version about the mutant Siamese twin seems quite plausible, but the problem is that there are creatures like Ettins in English fairy tales. They were two-headed giants and ate people. At the same time, England is quite far from Patagonia.

Many people of the world have such fairy-tale characters, so the mutation of the type of the giant-Siamese twin was, it seems, quite common. In addition, attention is drawn to the fact that for some reason two-headed birds appear on many coats of arms, and these images cannot be explained by rational scientific standards.

And although archaeologists terribly hide the answer to this question, sooner or later we will find out the truth. If you believe the prophecies, then before the End of the World all the ancient creatures will crawl out from somewhere out of the ground.

Advertisement. Scroll to continue reading.
In this article:Patagonia, True Giants 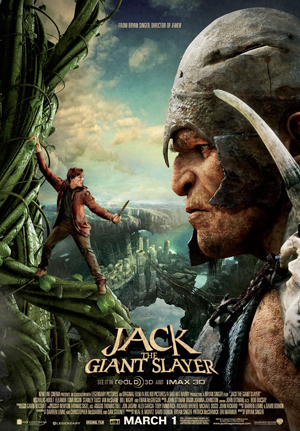 Based On A True Story: Jack the Giant Slayer