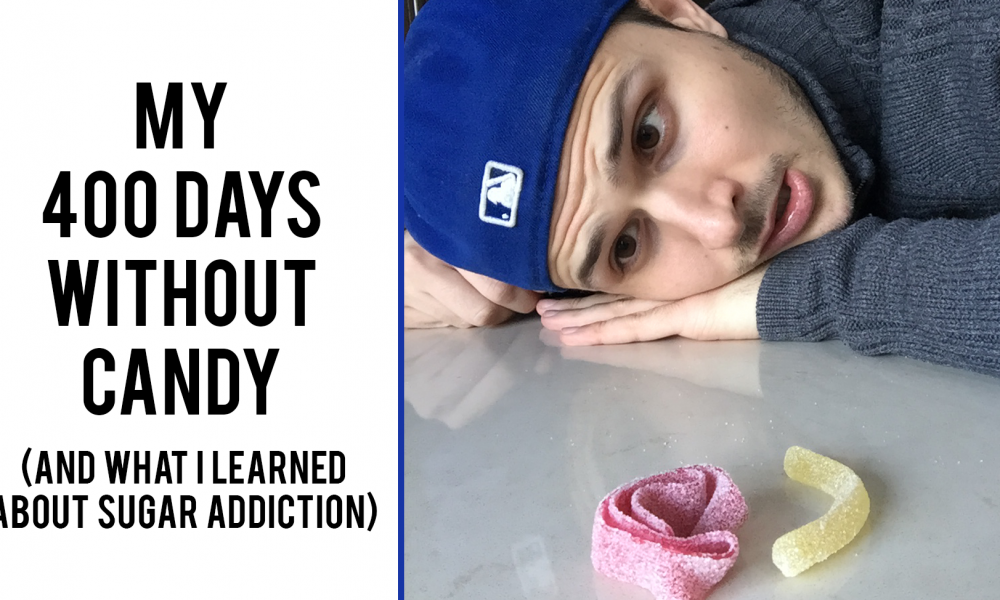 At the end of 2017 I decided to temporarily say goodbye to my dietary Achilles heel.

While I’m certainly not suggesting that I am some beacon of ideal healthy eating, I have always been someone who, for the most part, makes what I’ve found to be healthy choices. Except for my one glaring weakness… candy.

In particular, the really sour and heavily sugar coated kind, but you’d be hard pressed to find me turning down even those better classified as sweet, with all of their sugar fused within the confines of the chew. Cherry Blasters, Sour Patch Kids, Fuzzy Peaches, Sour Punch Straws, you name it, I ate it, and usually with a big smile on my face.

But no matter how much my tastebuds loved this stuff, I’ve always known that it’s not good for me (I can’t imagine that there is anyone out there who actually thinks it is), so I decided to listen to my body, just as I had already done with a number of my other dietary changes. I opted to no longer ignore the stomach and headaches that would often come shortly after my sugary indulgences and give it up.

The First Days Are Undeniably The Hardest

The old adage that it takes approximately 21 days to break a bad habit or make a new one in this case certainly held true. It was right around the 3 week point that I started to find myself far less tempted and far less frequently on the search for something to satisfy my sweet tooth. And believe it or not, the longer I went on, the less appealing the idea of eating candy became. It almost felt as if the memory in my tastebuds that had controlled so many of my past decisions had gradually faded away.

While I will fully admit that my quest to 400 was helped by it naturally feeding into another one of my “addictions” (a great joy in setting records and tracking analytics), I found that so much of the temptation to consume these sugary, salty and greasy foods really was incredibly temporary. Challenge yourself to at least not let it win once and you’ll likely see just how quickly its strength can fade.

While I didn’t completely cut sugar out of my diet, as many people have so admirably done and documented about, I can say that cutting back even as much as I did felt really good for me. Some may be quick to chalk it up to the placebo effect, and understandably so, but I can honestly say that the above mentioned stomach and head aches occurred far less often over the 400 day span.

Real-Time Analysis: After The First Bite

Having now officially consumed my first piece of candy since 2017, believe it or not, it tastes different. Is it still tasty and did it satisfy me at some level? Absolutely. But it also tastes way more sugary and foreign to my body than it once did. It’s as if my body really wanted to make it clear by saying, “are you sure you want to bring this stuff back into the picture?”

Side Note: For those that are curious, since it’s the most common question I’ve been asked since embarking on this journey, the candy I chose to eat as my first piece was a Vegan Wild Cherry Belt by Squish Candies. (And no I’m not getting paid to brand-drop, and no I don’t make any commission should you choose to buy any at that link… unfortunately LOL).

Where I Go From Here

While I don’t see myself going completely cold turkey on candy again, I also cannot see myself consuming it nearly as much as I once did. And I do so happily, not out of punishment. While I’m also certainly not qualified to be giving out dietary advice, I am comfortable challenging all of you to give up something you know to not be good for you. See how your body feels both without it and after you re-introduce it.

In this article:cut sugar, sugar addiction