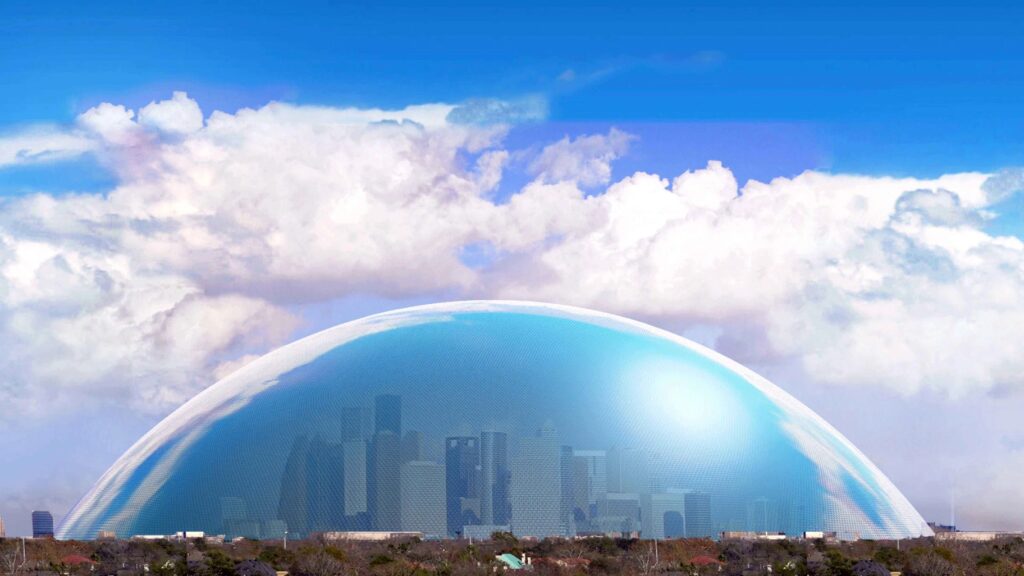 There is a curious conspiracy theory circulating in which rather strange events are likely to occur from November 27, 2022. What we will experience, is a few days of eclipses, when all the domes on our planet’s mainland will merge.

According to this theory, primitive Earth appeared from the primitive universe that scorched its surface. This is why we see molten buildings, which are remnants of the original earth. On the surface of our planet, simulations were started by Lucifer, these are materialized simulations under an atmospheric dome.

178 of these domes are essentially parallel. There is a Zodiac – the base simulation, and all these domes are subject to reset cycles. After November 27th comes the big reset. In Davos, they eat caviar and drink champagne, but it is explainable why they are so calm.

They managed to go underground and create the Cern technology needed to build a large dome and combine all the operating systems that run the landmark simulation. This allows all extraterrestrial races, races outside of our current sphere, to reach our area and vice versa, which means we can travel to Atlantis and all other areas on our planets. And they can also come to us. That’s Alien Invasion for you.

And here is the Fifth Dimension, a new big dome and a new operating system that replaces everything else, but is also compatible with them. The domes reflect and complement each other, akin to the multiverses described in various books.

The main dome simulation is underground, which is a must because the moment of destruction is engraved into the simulation plan. This moment comes once every 7000 years in real life and at this time everything on the Earth’s surface is destroyed, so the reserve is underground this simulation dome with a much higher clock speed than the computer processor clock.

So it seems that time has almost stopped there, high ranking or useful individuals can move here when they are declared dead, leaving their Avatar in the real world in a simulation on the surface of the Earth. This is also the starting point from where traveling between domes causes a time jump,

With said tunnel technology, since plasma makes travel between domes physically impossible, it causes burnout. Only when the domes are joined together and covered with a new plasma dome will the Journey to other pieces of land be possible.

The theory claims that when number 88 appears, this is likely a signal that all 88 domes have been assembled and the alleged search for the Mar-o-Lago nuclear codes during the search is a reference to blow everything around. This is a reference to the moment of destruction, but before that, the 88 imitation domes of Lilith and Satan must be closed.

Each of these two domes with 88 connected structures is a simulated self-fertilization of Yin and Yang, Lilith and Satan. Then the star rises above the manger, a representation of the beginning of the world’s destruction. The political arena should try to hide the real agenda and its prophetic calendar, therefore a hoaxed political spectacle is expected.

We could assume that when the number 88 appears in the media, the moment of self-fertilization is near, that the project is coming to an end, which could happen as early as the year during the blue tiger on November 27, 2022 or a little later. The simulation of Lucifer’s androgenic self-fertilization aims to steal the divine creative power from the original actors by tricking them and making them think, that this is a real reality and thus restore creative properties.

The conspiracy concludes that we will be able to see all the signs of the emergence of a new large simulation with our own eyes, on November 27, 2022, so we should wait for this time and see if the dome theory was true.

Advertisement. Scroll to continue reading.
In this article:alien invasion, domes