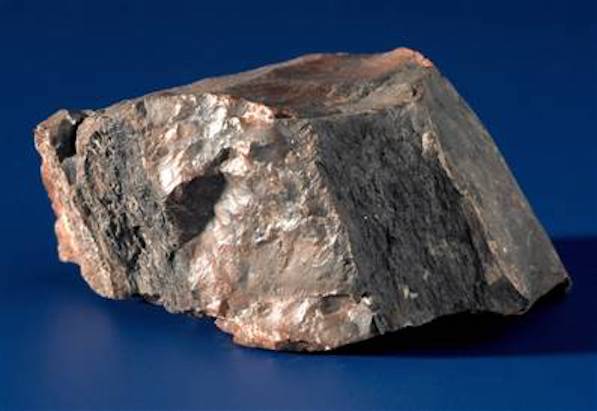 NASA has announced yesterday that they would open up sealed boxes of moon rocks to study them more deeply. They said the tools today were not available back in the 1970s, so they could learn so much more…or so they said.

I of course throw that excuse in the garbage. You see NASA has been saying those rocks are really from the moon, however all evidence available to the public points to them being fake.

Lets go back to Aug 2009, when the world news announced that the Dutch National Museum has in its possession and on display…a fake moon rock. This moon rock was tested and found to simple petrified wood. Now unless the moon had ancient forests…LOL, this should be impossible. This moon rock, which is fake, is 100% proof that the Apollo missions were faked to make other countries perceive America as a world power.

The rock was first given to Prime Minister Willem Drees who received it back in Oct 6, 1969 from US Ambassador William Middendorf during a visit from the three Apollo 11 astronauts.

Since the NASA has done everything in its power to steal back the moon rocks from those who were given them. They would even go so far as to get court papers stating that those moon rocks who astronauts families own, were property of NASA and must be given back. Why? Because they were all fake moon rocks. Yes, its true. 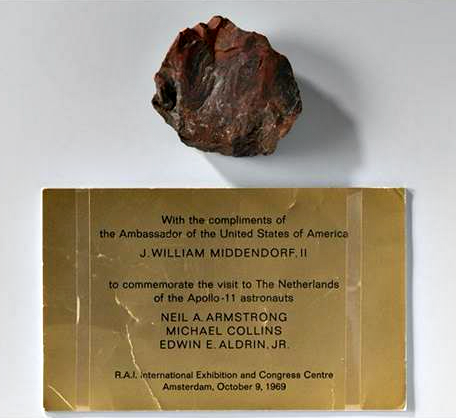 I have to admit I am curious at what the scientists are actually doing opening those boxes? Perhaps NASA has purchased meteorites that were from the moon and are going to replace them with those to be tested? A simple switch behind closed doors and nobody would be the wiser.

Here is a another true fact. We no longer need NASA. They are obsolete and fail to give the public what they promised. Now we have Ellon Musk, who delivers on his promises in mere weeks. Its time to close down NASA and stop wasting the tax payers money on an organization with so much falsehood and lies behind it.

Remember the Dragon capsule Ellon Musk made in just a two weeks after NASA asked him to make it? Well it docked at the space station a few days ago, the video SpaceX uploaded to Youtube was HD quality. I saw the same footage on the NASA Internet live cams which was horrible quality…like that of an iPhone 3. So I ask you, what has NASA really done for us lately? Who has inspired the generations of kids and adults to take a new interest in science and space? Yeah, Ellon Musk of course.