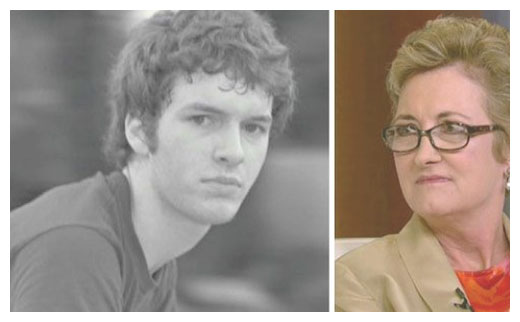 When I first read the headline “Physician Claims She’s Communicating With Her Son’s Spirit,” I kind of rolled my eyes. Okay, I didn’t kind of, I totally did. I tend to err on the side of skepticism when it comes to postmortem communication.
But after watching an interview with Dr. Elisa Medhus, who claims she’s in frequent communication with her late son — and we’re not talking doors randomly slamming shut kind of communication here, we’re talking serious communication — I may be a bit of a believer.
Not a huge believer, but a believer.
According to Medhus, three days after her son Erik took his own life, he appeared before her husband to tell him he was okay. As she tells it, Erik, who was standing near his truck, said to his father, “Papa? This is how I felt before …” and leaned in, exuding a “horrible sadness.” He then backed away and said,
“This is how I feel now …” and, again, leaned in, but this time, radiated “a euphoria.” Since then, Erik has communicated with his parents many times, as well as Elisa’s father, who’s “an atheist.”
Maybe it’s the fact that Medhus is a physician who was raised by atheists, or the fact that she’s just really convincing, that makes me tend to buy what she’s selling a bit. I mean, isn’t the basis of doctors’ entire professions science? And the belief that nothing exists beyond it?
Sure, it’s totally plausible that people believe what they want to believe after they lose someone they love, but when you take Medhus’ medical background and her atheist upbringing, it’s a little hard to dismiss her totally.
Check out Medhus’ interview on Fox and Friends and you be the judge. Her story is super interesting — even if you don’t believe her.

What do you think of this? Do you believe Elisa and her husband communicate with their late son?

In this article:communication with the dead