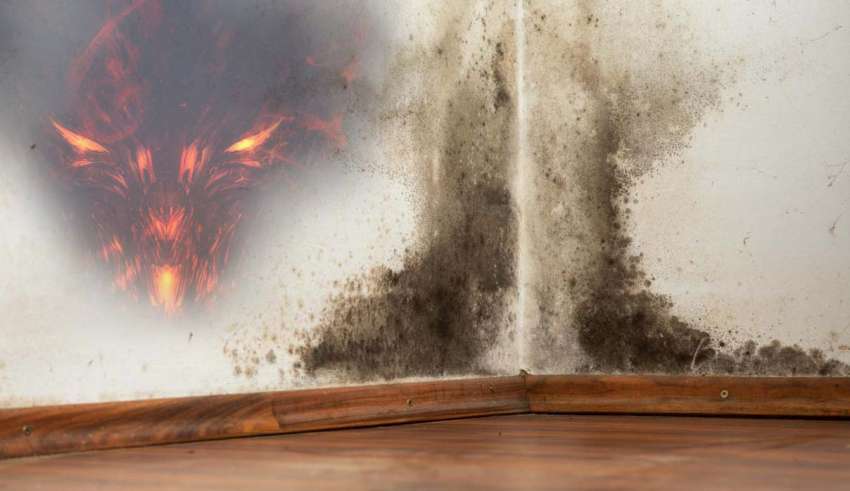 This is an all too common problem in many homes: mold stains growing on the walls or on the ceiling. Although mold can germinate anywhere on a property, it usually occurs more frequently in the upper areas near the roof, in the lower areas near the ground or along baseboards.

For many people, this is a frustrating and very common problem in bathrooms, wet basements, kitchens or laundries. If conditions are humid, ventilation is poor, and temperatures are high, mold spores invisible to the air can become present almost anywhere in a home.

The most dangerous type of mold is stachybotrys chartarum, commonly known as black mold, which can cause chronic respiratory irritation, headaches and persistent fatigue. According to experts in the field, black mold requires constant humidity for its growth. That said, severe mold can cause or exacerbate respiratory or immune system problems. But apart from the above, what people do not know is that the presence of mold in a house can have another origin completely different from natural: in some cases, this would be accesses or portals for demonic entities and beings of the lowest astral . If you are having constant problems with mold, especially black, read on.

There are many people who have to live with mold every day. However, some people know that the problem with these mushrooms is very different from the ordinary. They clean up the presence of mold over and over again, but it reappears. In many cases, after a few days after cleaning, the return of mold is much more persistent and almost impossible to eradicate. But the supernatural connection becomes much more evident when the presence of mold is accompanied by strange noises in the house.

It is said that the demonic sound is guttural, a hard growl, unlike anything an animal can produce. This can happen in specific places, such as cupboards or hallways. They may even hear whispers or disembodied voices. Other sounds can also occur, including bumps, footsteps and scratches on the walls next to the mold. Although one of the biggest, and perhaps the scariest, proofs is when an animal begins to behave in an unusual way, barking or snarling in the case of dogs, right where the molds are found .

A pet can start to act aggressively for no apparent reason, and there are even cases where the pet can get sick due to the presence of a force invisible to humans.

The presence of “Shadow people” can also be a clear sign that a demon has entered a house through the portal indicated by mold. In some cases, the shadows take humanoid forms, but they also appeared as animals, or even simple amorphous figures. Other symptoms that could indicate the supernatural connection of mold are strange dreams. It is said that the demonic presence causes all kinds of recurring nightmares, because our being tries to warn us when we are weaker energetically.

But without a doubt, the most common sign of a demon infestation is the strong odor coming from the wall where the mold is . These odors are generally similar to decay, rotten eggs or sulfur. But be careful, because the demonic presence in a house can be much more than a simple spiritual or energetic attack, because demons can interact with the physical world. This occurs when the victim suffers scratches, bites and other injuries without apparent explanation. They can appear in any part of the body, or even in objects inside the house, small mysterious stripes that seem to defy rationality. Other factors should also be taken into account before determining that the mold you have at home is related to a dimensional portal, such as the feeling of being observed, feelings of restlessness, even nausea and others. similar symptoms.

The goal: carry a person to facilitate possession . The presence of a demon in a house can lead to total possession of a human being. It may be, in fact, the whole purpose, what the devil wanted from the start, a“Vessel”. It is for this reason that one must be very attentive to the appearance of mold in a house and to the symptoms which appear during its presence.

If you have reached this point, you will wonder if black mold is not the real cause of the above experiences. In 2015, a team of scientists from Clarkson University in New York City studied the links between toxic mold and demonic experiences . They sampled the air quality in buildings associated with the alleged ghost activity. They concluded that black mold could cause terrifying hallucinations of ghosts and demons.

Although the most important thing for the researchers was to find a rational and domestic explanation for the paranormal experiences, they explained that Stachybotrys chartarum is found in many homes and that the mycotoxins it produces can cause respiratory problems, skin inflammation, fatigue and nausea. Meanwhile, other types of fungi could have a psychedelic effect.

However, research by scientists at Clarkson University has been discredited by the Centers for Disease Control and Prevention (CDC), which has stated that black mold is not necessarily toxic . With more than 100,000 species, molds can be any size, shape and color, so it’s almost impossible for fungi in a normal home to cause hallucinations.

Vigorously clean the accesses of the “demonic mold”

Discard the scientific explanation, the first thing to do if you think that mold in your home is related to demonic activity is to contact experts.

But one of the oldest and easiest methods for to eliminate the demonic activity of a room or a house is to use sage. The use of smoke to clean is an ancient tradition used by many cultures around the world such as Egypt, India, Rome, Greece and many others. Sage smoke can be used to clean a room, a new home, negative spirits, demons, or entrances such as mold. It is very important to remember that when cleaning, attitude in the process is extremely important. Your approach must be positive and calm. This is especially important when cleaning demonic molds. You must not let anger, hatred or fear enter your mind.

Once the cleaning is finished, you will see how the mold gradually disappears. But again, we remind you that you need to know how to identify if mold in your home is linked to demonic activity. To do this, you must follow all of the previous recommendations.

Do you have black mold problems in your home? Do you also suffer from unexplained experiences? Please feel free to explain your experience below. 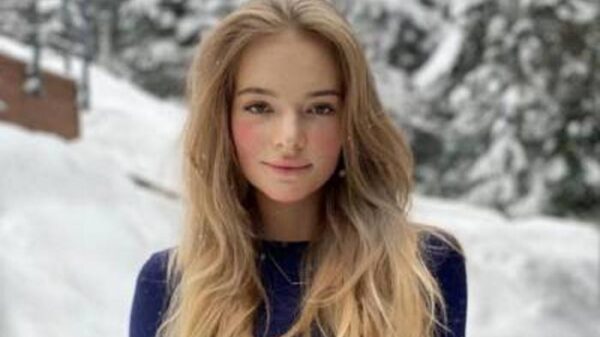 Mother recorded her daughter’s “creepy” conversation with an imaginary friend

Blogger @autist_artist_ recorded on camera how her daughter interacted with an imaginary friend. Frightened viewers considered the conversation “too creepy” and even put forward several...