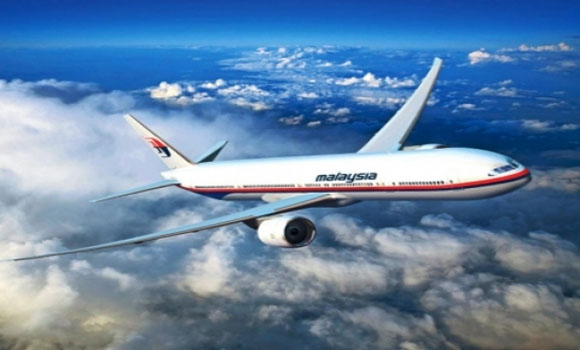 Two former high-level insiders may have solved two of the mysteries surrounding the disappearance of Malaysian Flight 370:

What caused the plane to suddenly fly off-course? And why are all of the governments involved covering up the truth?

Had MH 370 crashed in the ocean, it would have left a huge, easily-visible debris field. Countries with satellite surveillance systems, and their partners, know exactly where the plane went. Boeing and its engine-manufacturer Rolls Royce also know, since planes and engines have GPS systems. (You can buy a GPS system for a little over $50 in the US; it would be naive to think a $320 million aircraft doesn’t have one.) Even the INMARSAT satellite “pings” that we have been told can only sweep a broad arc of possible locations could in reality be used to locate the aircraft with some precision, due to the fact that radio transmissions vary in signatures according to time of day, sunspots, and so on. The “hunt for the airliner” peddled to the mainstream media is clearly a charade.

So what are all of the major players – both in governments and the aircraft industry – working so hard to hide?

Matthias Chang, a barrister who served as Political Secretary to Malaysian Prime Minister Dr. Mahathir Mohamad, explained during an exclusive Truth Jihad Radio interview that only a remote-hijacking fly-by-wire scenario can explain the plane’s disappearance. Chang’s views were confirmed by Gene “Chip” Tatum, a former Special Forces Air Combat Controller and US Army special operations pilot who has carried out ultra-sensitive missions at the direct orders of US Presidents.

Chang says the Malaysian government has been given sealed evidence by one or more foreign governments concerning the fate of MH-370. As a condition of receiving that evidence, Malaysia is not allowed to divulge it.

Matthias Chang is familiar with the highest levels of power in Malaysia. He presumably has some idea of what is in the sealed evidence. But if he did know, he could not say it directly.

Maybe that is why Matthias Chang recently sent an email to MH-370 investigators in the alternative media with a “hint”:

“WHAT IF THE DISAPPEARANCE OF MH 370 IS SUCH THAT IF THE TRUTH BE KNOWN AS TO HOW IT HAPPENED IT WOULD NOT ONLY BE A SECURITY ISSUE, IT WOULD ALSO HAVE A GLOBAL IMPACT ON THE WORLD’S ECONOMY. ‘THINGS’ (USED IN A BROAD SENSE, AND SO YOU HAVE TO THINK WHAT ‘THINGS’ THAT) WOULD COME TO A COMPLETE HALT, ALMOST A COMPLETE SHUT DOWN.”

What “things” would “come to a complete halt” and badly damage the world economy if the truth about MH-370 were told?

Chip Tatum thinks those “things” are commercial airplanes. In our interview Friday night, Tatum suggested that the current generation of airliners’ fly-by-wire systems are extremely vulnerable to catastrophic sabotage, including electronic hijacking.

Tatum called the alleged search for the aircraft “a smokescreen… They’re keeping the media busy in the South Indian Ocean while things are being done in other areas. I think the government doesn’t want us to know what they know because they don’t think we can handle the truth.”

But what could that truth possibly be? Tatum explains: “If it were known that something is that easily hijacked by remote control, people would stop flying. And then you’re talking about a huge impact on business and everything else.”

So when Matthias Chang says that the truth about MH-370 would cause “things” to come to a complete halt, he is presumably referring to commercial air traffic. I asked Chang point blank if this was true. He did not deny it. But rather than confirm this hypothesis – which may be off-limits to direct discussion due to its inclusion in the sealed evidence Malaysia has been given – Chang directed me to his most recent article at FutureFastForward.com citing evidence that new technology allows planes to be flown from the ground.

Chip Tatum speculates that a bright teenager with a laptop and a cell phone could hack into commercial aircraft fly-by-wire systems. He explains that in newer aircraft, cables driven by pilot controls have been replaced by computers sending electronic signals. While technologies have been patented for protecting these fly-by-wire systems – notably US Patent #8,391,493, which the US government immediately “disappeared” from Patent Office records by invoking the Invention Secrecy Act – they apparently have not yet been implemented. If Tatum is right, commercial aircraft currently flying are wide-open for remote hijacking.

The scenario outlined by Chang and Tatum explains how MH370 was hijacked, and why all the major players are covering up the truth. But it does not explain who remote-hijacked MH370 and why.

One clue: Tatum provides evidence for the possible involvement of the CIA-based Bush crime family in the cover-up. The fake satellite trail to the remote and dangerous Southern Indian Ocean, a gigantic red herring, was fabricated by INMARSAT – whose largest owner, Harbinger Capital, is the new name for George H.W. Bush’s notorious Zapata Corporation.

Tatum has first-hand knowledge of the depravity and corruption of the Bush mob. While working in Special Operations for the CIA and US military in 1992, Tatum was personally ordered by then-President George H.W. Bush to “neutralize” Bush’s political opponent Ross Perot. Based on his past missions for Bush, Tatum understood those orders meant that Bush wanted him to force Perot out of the presidential race by any means necessary, including murder. (Tatum refused Bush’s orders – the beginning of the end of his career in Special Ops.)

Tatum has also revealed his knowledge of Bush-related CIA drug smuggling and mind control operations. He survived as a whistleblower due to the extremely sensitive documents and recordings he set up to be released in the event of his death or incapacitation-by-torture.

Tatum has released many other documents corroborating his stories of Bush’s corruption, CIA assassinations and mind-control. But despite his credibility, the mainstream media refuses to report such information.

If the Bush crime family is deceiving the world about an operation involving remote-hijacked airliners, it wouldn’t be the first time. On September 11th, 2001, fly-by-wire systems appear to have been used in the false flag attacks on New York and Washington. Bush loyalists and Israeli Mossad assets are the two main groups of suspects in those attacks. Could the same forces be involved in the theft of MH370 – perhaps as part of a plan to stage another plane-into-building false flag, as Christopher Bollyn has suggested?