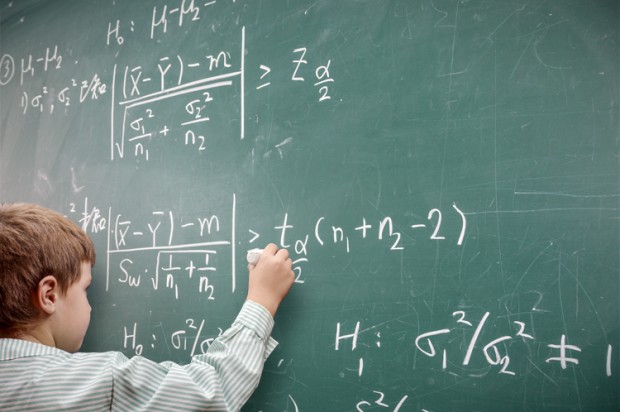 Salon reports that autism diagnoses are up 78 percent in the last 10 years, but that may be because we’re pathologizing quirky but otherwise healthy behavior, like that of William:

By age three, William began developing a passionate interest in a range of adult-like topics. After being read a book on Pompeii, he talked endlessly for months afterwards about what he had learned. He pressured Jacqueline to check books out of the library on Pompeii in order to satisfy his need for more detailed knowledge on what Roman life was like before Mount Vesuvius erupted and buried the ancient city in ashes. He strove to know more about aqueducts and amphitheaters. He insisted that Jacqueline design a toga for him, which she did. He strutted around the living room not just pretending to be, but believing that he was, a citizen of the Roman Empire, circa AD 79.

Steve, the lovable host of the children’s TV program “Blue’s Clues,” became an idol for William. He avidly watched reruns of the show and lobbied his parents hard for a green shirt, khaki pants, and brown shoes so that he could look just like Steve—no compromises.
Next he became fascinated with the Titanic, amassing a detailed knowledge of the design of the ship. Facts such as the exact length of the Titanic (882 feet, 9 inches) mattered to him. He also knew that its top speed was 23 knots. William insisted on having a uniform just like Captain Smith’s, the officer who was in command of the Titanic. Getting the color and the arrangement of the stripes and buttons correct seemed essential to William when he and his mother designed it. Jacqueline also helped William amass an impressive collection of pictures of ships, ocean liners, and uniformed officers, which he studied on his own for hours on end.

In this article:Autism, introversion, misdiagnosis