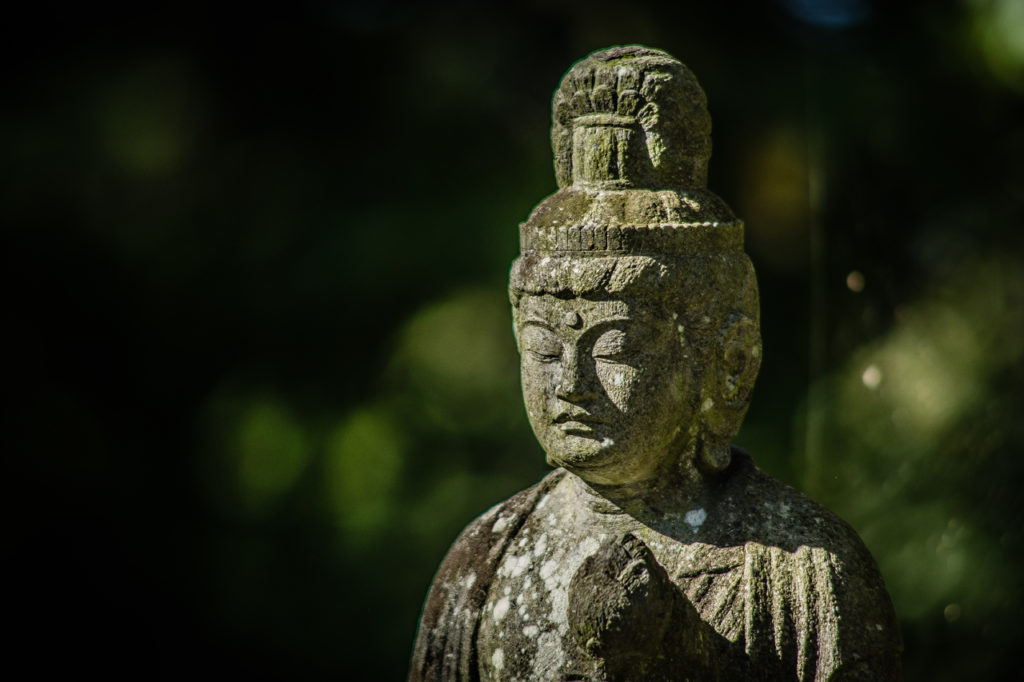 Guan Yin started out as the Bodhisattva Avalokitesvara but has become much-changed in both China and a number of Chinese-influenced countries. In fact, she is so popular in China that she transcends boundaries of religion, as shown by the surprising number of Taoists who worship her as an immortal. Based on this, it should come as no surprise to learn that there are numerous stories about Guan Yin, which often reflect Chinese beliefs.

For example, the Chinese tell stories about Guan Yin having once been a princess named Miaoshan, whose father subjected her to various cruelties and hardships to force her to get married to a rich but ruthless man. However, Miaoshan was able to overcome each of these challenges through supernatural assistance, which so frightened her father that he sent an executioner. Said individual’s weapons shattered on Miaoshan’s skin until she consented to her own execution because she realized the unpleasant fate that awaited him should he fail. Upon entering the Underworld, Miaoshan saw the suffering inflicted upon sinners, which convinced her to free them by releasing the good karma that she had accumulated over countless lifetimes. To prevent the destruction of their realm, the Yama Kings restored her to life, where she continued to do good deeds in an anonymous manner. This continued until Miaoshan’s father came seeking the arm as well as the eye of someone without anger, which he had been told could cure him of his illness. Upon learning that it was his own daughter who had given him these things, the father repented on the spot before begging her for her forgiveness. In time, Guan Yin attained enlightenment but on the verge of becoming a Buddha, she saw the suffering of the countless beings in existence, which convinced her to work towards their salvation as a Bodhisattva.

Besides this, the Chinese tell other stories about Guan Yin as well, which sometimes showcase a more playful side. In particular, the Chinese novel Journey to the West is worth mentioning because Guan Yin isn’t above fooling the protagonist Sun Wukong. However, in the end, Guan Yin is always working towards the salvation of all beings, which is why she encourages Sun Wukong when he is feeling dejected as well as helps him overcome some of his fiercest opponents.

The modern figure of Guan Yin

In modern times, Guan Yin is a popular figure in both China and a number of Chinese-influenced countries because of her role as a universal savior. As a result, she can show up in a wide range of Buddhist art, that include but are not limited to jade pendants and miniature statues for the home. Generally speaking, depictions of Guan Yin are unmistakable because her appearance has solidified over the course of centuries. This can be seen in the depictions of a thousand-armed Guan Yin, which is not the primary form but nonetheless a popular one because it is based on the stories of her sprouting a thousand arms for the purpose of helping people.

In the present as in the past, Guan Yin remains a powerful force because the desire for salvation is a universal one.

Advertisement. Scroll to continue reading.
In this article:Bodhisattva, Chinese beliefs