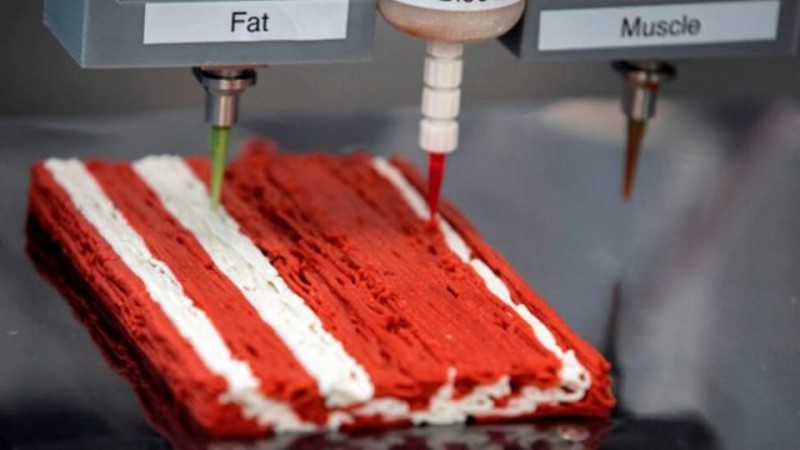 Familiar foods can change very soon, and people won’t even notice. Already in many countries, food made from mealworms is recognized as safe. And scientists, experiment with bread made from insect flour, grow meat in test tubes and get milk in laboratories that is practically indistinguishable from the real one.

Earlier this year, the European Food Safety Agency declared mealworm larvae edible to humans. All EU countries approved this in May and the French company Agronutris, which has filed an official application, will be the only supplier of “food” insects on the market for five years. But, most likely, not for long: there are 11 more inquiries in the European Commission, in particular about crickets, grasshoppers, black lion flies and honey bee drones.

Of course, we are talking mainly not about the larvae as such, but about the flour made from them. They are going to add it to everyday food, bread, baked goods. Experiments show that people willingly agree to try a dish with insects if they are invisible there – for example, cookies with cricket flour. There are also fried or boiled larvae and grasshoppers.

Mealworm products will soon appear in most of the major European retailers. In the EU, they has long been bred on an industrial scale – for livestock and fish farms.

Invertebrates have been interested in arthropods as a source of food for a long time. Back in 2013, experts from the UN Food and Agriculture Organization warned that one of the most likely scenarios for overcoming the coming food crisis is the cultivation and consumption of insects.

On the one hand, in addition to protein, they contain many other nutrients – calcium, zinc and iron. On the other hand, insects are much more environmentally friendly to grow than cattle. Greenhouse gas emissions associated with the cultivation of insect larvae are almost ten times less than in the production of beef (the comparison was carried out in terms of the volume of carbon dioxide emitted per kilogram of protein obtained).

Insect food may well be considered natural, in contrast to products created in laboratory conditions.

Another way to solve the problem of animal protein deficiency is to grow artificial meat. They are trying to do this in bioreactors, Petri dishes, and even on plant leaves.

So, in Japan and Britain, they recently reported on successful experiments. In the Land of the Rising Sun, they received a piece of cow muscle tissue one square centimeter in size and several millimeters thick. The meat, which looks more like a liquid mince, was grown in a Petri dish from animal stem cells. The product of British biotechnologists also looked more like minced meat, but it did not appear in a test tube, but on ordinary grass.

The fact is that some plants are similar in structure to meat fibers. We decided to take advantage of this. Its own cells were removed from the grass, and the remaining cellulose scaffold was populated with pig muscle cells.

As a result, 35 percent of them stuck, and a piece of pork grew. It tasted slightly different from real meat. For juiciness, it is necessary to add fat cells and connective tissue cells, the authors of the work clarify.

Neither fish nor fowl

Artificial milk – produced in bioreactors using yeast or fungi – is no more expensive than usual. All useful minerals and vitamins – calcium, potassium and phosphorus – are added in the right amount. But there is no lactose in it, and people with milk sugar intolerance can safely drink it.

Artificial “milk” proteins obtained in bioreactors are also suitable for ice cream, yogurt, and cheese. In the United States, they are already recognized as safe for food, the next in line are the countries of the European Union.

Moreover, not so long ago, scientists reported the creation of an analogue of breast milk. The product did not differ much from the natural one in terms of macronutrients and at the same time, it contained additional nutrients.

Such milk may soon appear on store shelves too.

In an abstract sense of the topic of artificial meat and milk production, everything looks good and solves many problems. But with a specific approach to this topic, everything turns out to be not so simple. For example, why is it only now that such production has been undertaken – the developments were already in the middle of the 20th century, with quite successful developments.

The point, of course, is not that everyone suddenly became wiser together – this is unlikely. But the spirit of the times is important. Today, by adding GMOs to products, the powers that be have learned to control not only the behavior of people, but also their genetics.

It is one thing to change the gene composition on the basis of plants, but with an animal such a number may not work. Changes in its DNA can lead to the fact that it becomes simply not viable.

In the case of artificial meat, everything is simple, and even human cells can become the culture on which the meat will be grown. It will be almost impossible to verify or prove anything. Therefore, the opinion of experts about the new technology is twofold. The innovation itself is good and correct, but falling into the wrong hands can do a lot of harm to people.