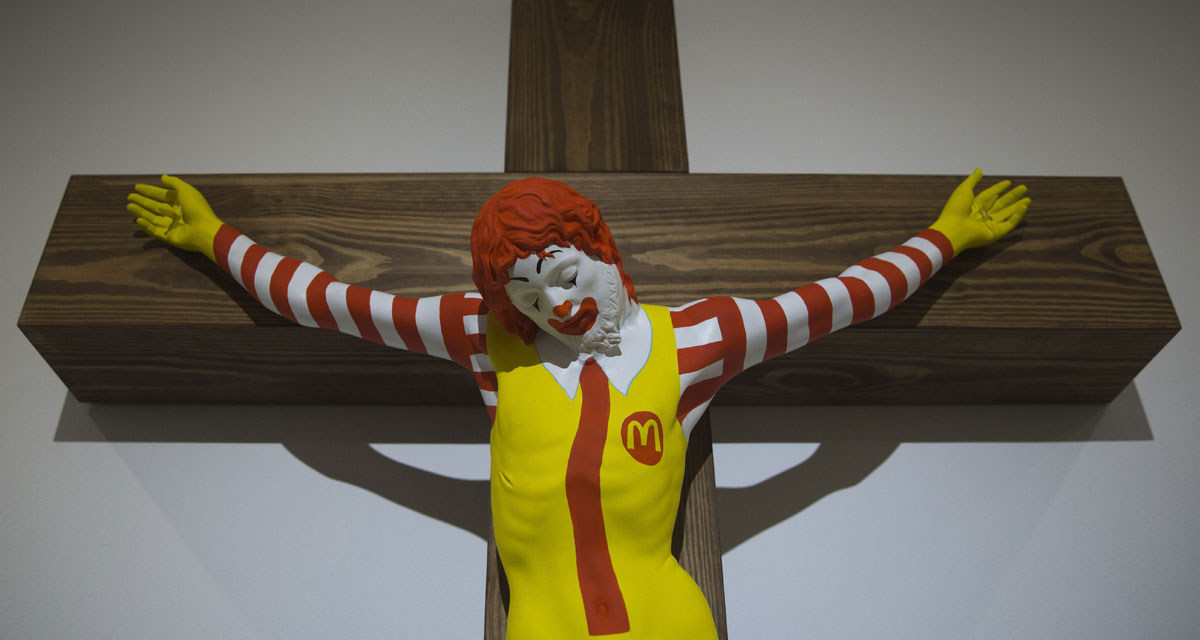 Israel’s Arab Christian community is protesting a sculpture of a crucified Ronald McDonald. 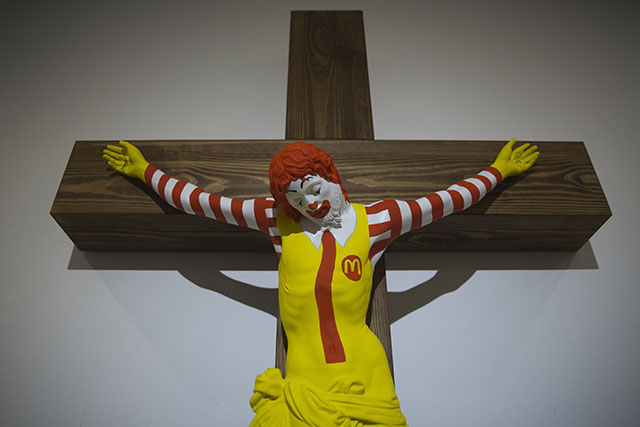 Christian Arabs in Isreal are protesting Ronald Donald crucified on a cross The Washington Post reports. The sculpture, named “McJesus,” is on display at the Haifa Museum of Art. It is meant to be a “critique of society’s capitalistic culture,” museum officials said, but to the hundreds of protesters demanding it be removed, it is seen as insensitive to their religion and offensive.

Protesters have been holding peaceful rallies, candle vigils and painting crosses on street signs, but last week there was a riot in which rocks and a firebomb were thrown at the museum.

McJesus has been on display since August and viewed by over 30,000 visitors to the museum, apparently against the wishes of its creator. Finnish artist Jani Leinonen says he wants his sculpture removed from the exhibit.

The museum refuses to remove the piece, saying it would undermine freedom of expression. But they did hang a sheet over the entrance to the exhibit and put up a sign stating that McJesus is not meant to be offensive.

“This is the maximum that we can do,” museum director Nissim Tal said. “If we take the art down, the next day we’ll have politicians demanding we take other things down, and we’ll end up only with colorful pictures of flowers in the museum.”

Advertisement. Scroll to continue reading.
In this article:McJesus, Ronald Donald