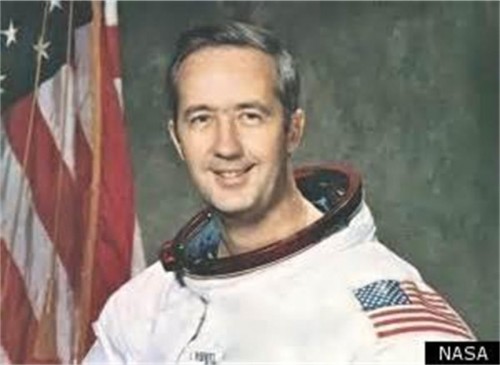 Brigadier General, James McDivitt, USAF Retired, was the commander on the Gemini IV mission among others. However, it was on that particular space flight in June of 1965 that McDivitt saw what he described in these words:

It had a very definite shape – a cylindrical object – it was white – it had a long arm that stuck out on the side.

Here’s the video on that story:

McDivitt suspected that it was probably very close to the spacecraft, but he was also somewhat confused:

I don’t know whether it was a very small object up close or a very large object a long ways away. There was nothing to judge by. I really don’t know how big it was. We had two cameras that were just floating in the spacecraft at the time, so I grabbed one and took a picture of (the object) and grabbed the other and took a picture. Then I turned on the rocket control systems because I was afraid we might hit it. At the time we were drifting – without checking I have no idea which way we were going – but as we drifted up a little farther the sun shone on the window of the spacecraft. The windshield was dirty – just like in an automobile, you can’t see through it. So I had the rocket control engines going again and moved the spacecraft so that the window was in darkness again – the object was gone.

Here we see the close up photo that all the fuss is about (source: tothemoon.ser.asu.edu) 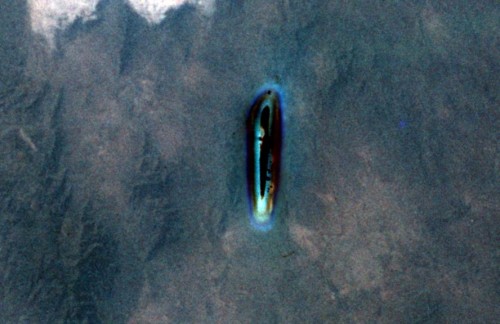 You can read more on this case at UFO Evidence….

At the end of the day, it’s all in what you want to believe. There are those who will accept a more conventional explanation and others who are going to claim this is proof of ET.

Whatever you believe, I’m sure McDivitt often wishes he never saw what he saw….