Followed by thousands and also attacked by others, Matias de Stefano will arrive in Barcelona next June, to attend the biggest UFO event in Spain, The Ufology World Congress . This young Argentine is part of the generation of indigo children who claim to have been reincarnated and with a specific mission on Earth, but even he goes further, he says he has memories of his past in Atlantis.

It is defined as a reminder of the evolution of the history of humanity, someone who was born with the innate ability to organize this information and help others to also remember it, so since 2012 began its journey through 40 countries and the five continents, entitled “From North to South”.

Matías de Stéfano is a worthy representative of the new waves of children and young people who have activated the layers of DNA. Through them, each one comes with a mission to work in the New Earth that we are all forming. It’s a pleasure to hear from your words, the information that lies dormant in our own DNA. Their job is to activate them, to remind us of where we came from and what awaits us in the future. Matías illustrated a picture with the genealogy of antediluvian languages, and confirms our thesis that Basque (Basque) comes from the languages of Atlantis. It comes from the Berber, old Iberian, manibérico, bereusker and the original language of Atlantis, which he calls gwanapán.

To make it more difficult and incredible, he affirms that it is not that he lived in Atlantis, but that he was a spirit there, Ghan, and that he later lived on other planets such as Saturn, Gludock and later as a living being on Eimpah, another planet and finally He was born in Brazil centuries ago, when he was a Portuguese viceroyalty, like a baby. All incredible. He says he remembers all this to help in the New Age and the coming catastrophes that will happen again as in the time of the glaciation in Atlantis. After teaching him the lady from Elche, a famous Spanish pre-Roman statue, she tells us that she knew the statue, but that she remembers seeing her as the Lady of Taggok, a Queen of Iberia, of the Dasnai dynasty. Remember that the cap as with earflaps was typical of Lemuria and Atlantis (also pre-Columbian) and other necklaces that appear in Egypt. Assures that 12 dynasties had in Atlantis. Taggokia (Iberia) would be annexed later. 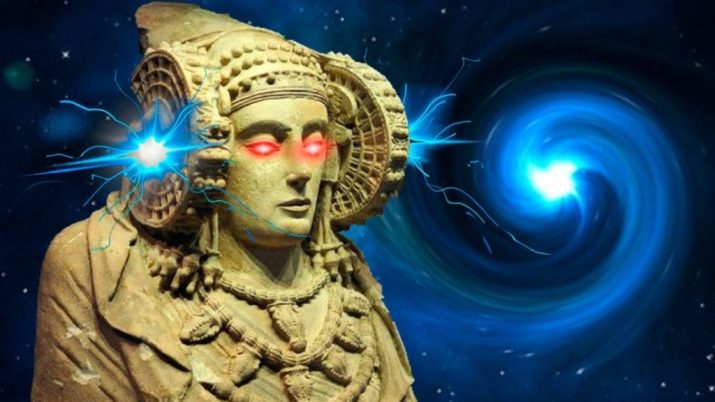 We summarize below a text with its description of Atlantis:

“Atlantis or Khefislion, which was its true name in the Atlantean language, extended across the Atlantic, above all to the North and then to America and the Mediterranean. The first settlements, as I recall, were in Cape Verde, on the African coast and then extended to submerged islands to the south and north. The largest was Evnoh, in the north, a sedimentary set between Europe and North America. Above, we found the rising Iceland, which was the road to the North Pole or land of the Atlantean, beyond Greenland.

There were no horses on the islands, only mules, very strange birds, I call her ABLU SHUSH, she was a bird of many colors, exotic, similar to a peacock but more like a chicken. In the southern islands there were small elephants and some zebra, I know, but not large animals. Then there were more settlements, on the coast of Morocco, on the coast of Spain (Tartessos), in Greece (Santorini), Italy (Etruscans), Egypt, Libya, Israel, Cyprus, Persia …

The island was shaped like a boomerang, I do not know how to write it, and it was divided into 12 regions that belonged to 12 landowning families, sons of the founders and hominids (another race). The founders were from the dead planet Mars, but those who made genetic variations were from another world that did not always approach the planet, only sometimes, then many went to the Pleiades (the tall blond hermaphrodites and mystics who cite so much abduced), when Mars died. The God of Atlantis was God Athlan, god of the sea (In Morocco there is the Atlas and in Athlan in Central America), they also had others like Arian, fire, Karea of land and agriculture, Athalea of air and winds, etc. They paid a lot of honor to those who managed Nature.

Later, when the founders met, there was a boom of Atlantis, and it was when they created everything fantastic we know, huge temples of gold and silver, sacred writings, and from the heavens they were given an inexhaustible energy that turned everything to its atomic state. I call it, as I recall, Protikta, from Protikton. It is an energy with life, from a place I remember as Trevetia. This energy gave light and life to the city. They sent bright panes of glass to palaces where one rejuvenated or connected with Heaven, the dead did not bury them, burned them and then, with energy, fed the Cosmos with the bodies throwing them to it. Most depended on that energy, because it gave life to the entire Atlantean system, it was like today’s computers for people, an energy dependence. But well … the war came. 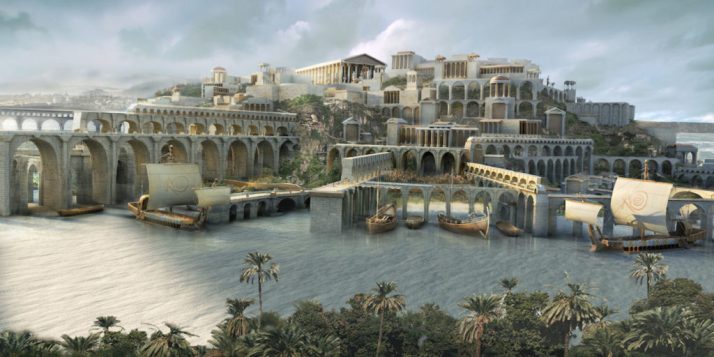 The energy, highly prized by several beings, was dangerous, because it was inexhaustible, and the King of that time, sent it to an almost uninhabited plain, with very small temples and settlements, on the coast of America … if I am not mistaken Florida. There the energy was used to guide the ships and keep alive all the colonies of Atlantis all over the globe, but the energy was misused, used for war. (This is the explanation of the known energetic anomalies of The Bermuda Triangle, where many planes or ships have disappeared temporarily or completely). It is very curious and didactic to see how the story is cyclical and repeated several times … as the Mayans say. The energy protected itself and sank (in the Bermuda Triangle) destabilizing the region and leaving the world without energy. The war was won, but the world was devastated. I was about to change era. I think the Leo era began.

In the country GAIBITI, (Egypt today) it was started together with the founders and their children to build a system of global stability (pyramids and megaliths) that spread across Europe, America, Africa and Asia, while, the most affected (Khefislion, Jaenue and Helion – or Atlantis, India and Greece) began with disputes. There were migrations of people to Africa, Europe and Central America. The sea level was rising. Greece began a diplomatic conflict that ended up expelling the Atlanteans from the Mediterranean in mini-wars. The exiles went to Egypt, where few people still lived. At that time, the change of era came. “The gods punished them”, that is, I remember the last king of Atlantis shouting: “What have we done!”, I do not remember the language in which he said it, but I know that Athlan punished him for not having fulfilled his goals, since the world was broken in several kingdoms, and it was intended to make a global government. The king passed all the sacred information to “Egypt”, and the princes went into exile in this same land, there they founded a new kingdom, commemoration of the new era … And they made the sphinx. About 12,000 years ago, after the wars, with the empire in decline, an ice age began and since then the “erasure” of the memory of Humanity. “