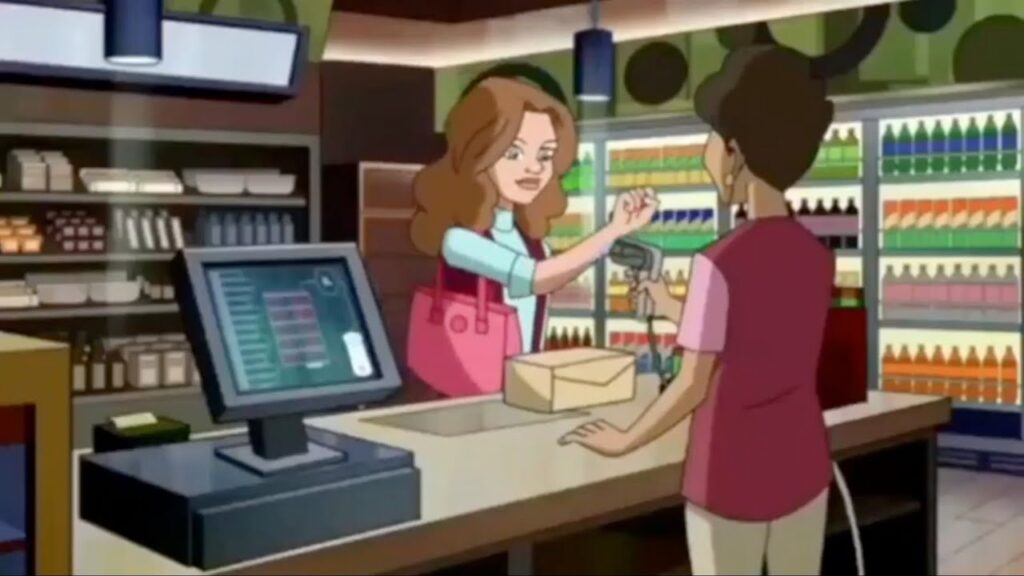 Netflix started showing “Stretch Armstrong & The Flex Fighters” in 2017, and the episode in particular that we show you here has the characters lined up to happily receive something called a “smart mark”, basically a mobile app embedded into your body. And although some episodes of the series attracted attention, the conspiracy theorists became especially interested in them with the onset of the global pandemic.

According to the plot of the cartoon, the residents of a certain county town who received the “smart mark” wander at first happy, since the tag is very convenient, however, when those who received the tag become 23%, a team comes to it that turns users into so-called “tech people”. They become like zombies and, at the behest of the intruders, begin to hunt superheroes.

The ‘awakened’ users claim that Hasbro Studios, the cartoon creators have implemented some sorts of predictive programming in it, especially in Season 2 Episode 9. Interestingly, they actually show how this mark is truly mind control in the show and the Heroes are fighting to stop it.

In this episode, a character who is trying to impose these marks (Kane) says “Order through Chaos” and the episode is named “masters or order”, the Epsilon Society in this show is like Free Masons.

Jonathon Rook who is a tech mogul doubles as a literal beast ! This allusion to RFID mind control chips is of course eerily relevant when we see things like Patent 060606.

Thus, the following points are noteworthy:

a) Firstly, there are some strange parallels in the cartoon with the current reality, and these parallels appeared before the pandemic.

b) Second, instead of glorifying the citizens who received the “smart mark”, Netflix directors are on the side of superheroes who want to disconnect trapped people from the system.

Traditionally, Netflix has been viewed by conspiracy theorists as a lever of influence for the evil Illuminati globalists, but here it seems that the company is on good side. Hence, it is not very clear how to interpret their other creatives, for example, the Messiah:

In general, the parallels are somehow strange – as if Netflix saw the future in a crystal ball. It is possible then that they also saw the end of the struggle with Covid correctly, so it remains to wait for the appearance of “flexible fighters” who will rush to save everyone.