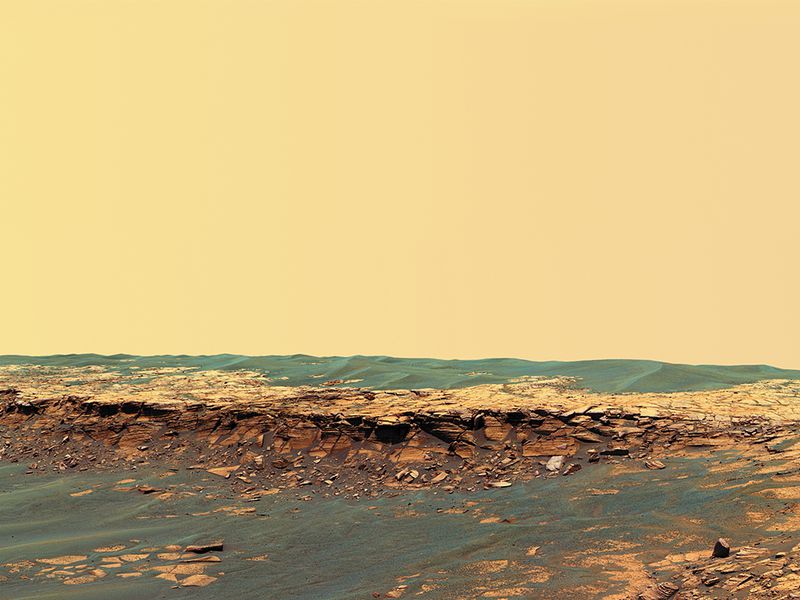 Space powers compete to find evidence of life on Mars in the year 2020.

This year, for a few weeks, Mars and Earth will be aligned. The distance between the two will be the smallest – only 54 million kilometers – something that will not happen again until 2022. So by 2020 there will be an unprecedented fact since the end of the Cold War: the launch of four robotic missions to this planet. , three of them led by leading space powers, the US, Europe and China, which aim to successfully land their own exploration vehicles with the intention of being the first to find evidence of life.

This is something never seen. The above-mentioned projects need to add India’s recently launched orbit vehicle and the “growing enthusiasm” of private companies like Space X to reach this planet.

Mars is a huge graveyard of crashed ships. One in two space missions that try to reach failure. Landing on Mars requires a complicated maneuver to brake from the 21,000 kilometers per hour the ship reaches zero in just seven minutes, largely without the help of the much finer-than-earth Martian atmosphere and at the mercy of the time of the world. day on this inhospitable planet where it is not uncommon to reach temperatures of 100 degrees below zero.

In 2016, the ExoMars ship was hit by a violent gust of wind in altitude. The ship moved like a huge pendulum as it was still attached to the parachute and its altitude sensors suddenly aimed at the horizon instead of the surface. The on-board computer interpreted that the ship had landed, shut down the backstop early, and ExoMars crashed into the icy Martian soil.

This mission was a demonstration of the landing technology that is now to be used by ExoMars 2020, the mission of its counterpart European Space Agency. Those responsible for the European mission do not see the accident as a failure and think they have learned and solved the problem.

The three missions mentioned, in addition to the fourth, the United Arab Emirates Hope orbit module, developed thanks to the collaboration of US scientists, have very similar launch windows that start in mid-July and end in mid-August. It will take seven months to arrive on the red planet, so landings are scheduled for February 2021.

“Our main goal is to look for life traces on Mars over 3.5 billion years old, when liquid water covered much of the planet,” says Ken Farley. NASA’s mission will land at the bottom of an ancient lake several hundred meters deep called the Jezero crater. “In a place like this, microbes like Earth’s could have lived without problems,” says the California Institute of Technology geochemistry expert.

Another US goal is to set the stage for sending astronauts to the red planet. At this point, Spain plays an important role as it leads the MEDA instrument, the weather station aboard the exploration vehicle that measures temperature, wind, dust particles and radiation and will be used to estimate the planet’s habitability for future astronauts. Another instrument is an oxygen detector, an essential element for making Martian air breathable and for fueling rockets that will take off from Martian soil to Earth in the future.

“The most innovative of the US and European missions is that they bring a new generation of Raman spectrometers because they can detect biomarkers at a distance,” says Jorge Pla-García, an astrophysicist at the Madrid Center for Astrobiology, who is part of the northern mission. They are chemical compounds that can exist by the presence of current and past life. At this point, Europe may be at an advantage, says Pla-García. The European vehicle is the only one carrying a drill that penetrates up to two meters into Martian soil. “This is the most feasible place for anything to live, as everything on the surface is burned not only by radiation but by the abundance of chlorine salts, which is the material we use to kill microbes on Earth,” the researcher says.

China, the third Martian passenger, had never been able to travel there. The communist country’s space progress was impressive and demonstrated its ability to accomplish things it had never done before, such as landing a Rover on the moon’s hidden side. Its mission to Mars Huoxing-1 includes an orbital module, a landing module and a small Rover whose the main asset is a powerful radar that can penetrate the Martian subsoil to reveal its composition and which, on the moon, allowed to discover an ancient ocean of lava. “If it were any other country, I would think they weren’t capable, but from China I believe in anything. Just think that in 2019, for the second year in a row, it is the country that has made the most space launches in the world, ”says Pla-García.

In the minds of the three countries is the idea of ​​bringing a piece of Mars to Earth. The US Rover carries an instrument that can encapsulate the most interesting samples and preserve them so that a future mission yet to be organized can pick them up and bring them back to Earth. Both the US and China want to try to accomplish this before the end of the decade, and Europe and the US are already collaborating on such a mission to be launched in 2026, says Ken Farley. Everyone is aware that in these samples the first known Martians can travel.

NASA has launched a campaign for anyone who wishes to send their name to Mars, in the form of a boarding pass digitized on...